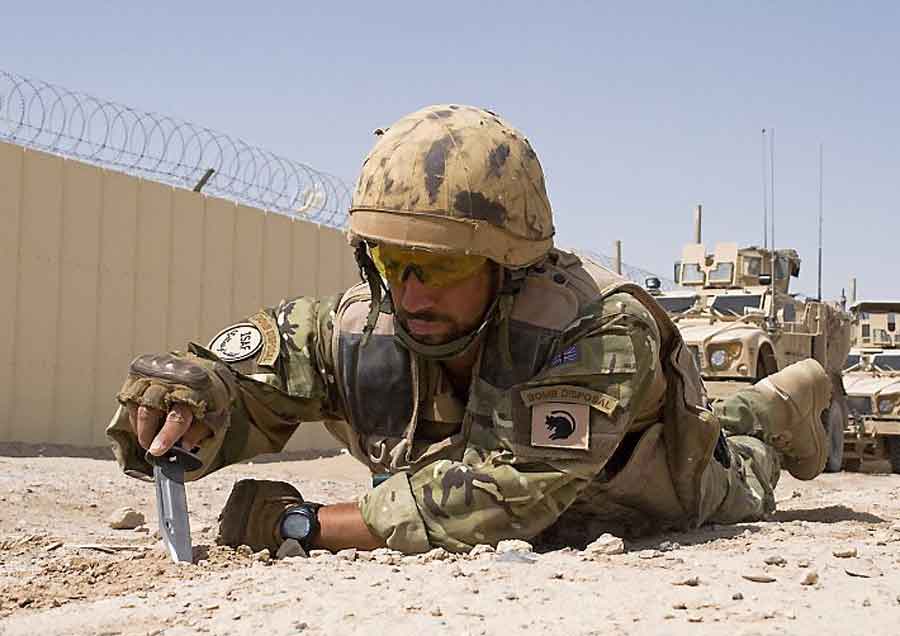 On 22 February, eight persons, including six policemen, were killed in a landmine blast triggered by Maoists at Majhauliya village in Bihar’s Gaya district. This marked the first major land mine blast in 2013 by the Maoists resulting in large scale casualties, but it most certainly will not be the last. The blast was powerful, completely destroying the police jeep and killing its occupants on the spot. The Maoists also made off with the weapons being carried by the police party.

The previous year has seen a number of IED blasts and this trend is likely to increase.

Landmine blasts carried out through improvised explosive devices (IED) present one of the severest challenges to the security forces. Anti-mine vehicles or mine protected vehicles (MPV) are not the answer as all such vehicles are designed to withstand a blast of specific magnitude. As such parameters are known, it is a simple matter to defeat the system by upping the quantum of explosive used in the blast. A low cost option can thus easily defeat the huge sums of money spent on buying such vehicles, making the latter redundant as soon as they are purchased. This was amply proved in the Indian Army’s operations in Sri Lanka where Tamil militants had no difficulty in blasting even armoured personal carriers pressed into service to counter the IEDs. MPVs procured by the Bihar police have earlier been destroyed by the Maoists when in October 2012, a MPV was blown up killing six CRPF personnel and injuring another eight in the Chakarbandha Forest in Gaya District.

Technology can be used to some extent to defeat the IED but in the final analysis, protection can only be afforded if the road is sanitised. Such an effort across the length and breadth of areas affected by Maoist violence requires tremendous resources in manpower and is difficult to sustain. It can hence only be resorted to on specific occasions. How then should this challenge be addressed? The previous year has seen a number of IED blasts and this trend is likely to increase. In 2012, in the Garhwa district of Jharkhand, Maoists blew up a MPV killing 13 police personnel and taking away their weapons. Such blasts have also taken place in Odisha, Maharashtra and Chhattisgarh causing heavy loss of life to security forces.

While there are no easy answers, casualties can be minimised by following basic movement drills. The first rule to be followed is to avoid cramming of police personnel into one vehicle. Ideally, movement should take place in three or more vehicles, with vehicles being spaced about 100 meters from each other. All personnel inside the vehicle should be in a position to fire their weapons. To make this feasible, a light vehicle should not have more than four occupants including the driver. The co-driver and the two passengers travelling behind should have their weapons on the ready, and should be able to respond immediately to any crisis. In the event of any vehicle getting hit by an IED, the other two should immediately come into action, assisting the survivors and preventing the insurgents from making off with the weapons. This would require high standards of training and motivation.

The security discourse is unfortunately focussed on enablers such as bullet proof jackets and sophisticated rifles for the security forces, but important as these aspects may be, they can hardly compensate for weaknesses in drills and training. This lesson has still to be learnt.

Going back in time, it is pertinent to mention that even post the high profile case of the Mumbai attacks in which the chief of the anti-terrorism squad Mr Hemant Karkare was killed, correct lessons have not been drawn. The Qualis vehicle in which he was travelling had a total of seven armed police personnel. Being cramped, none of them were in a position to retaliate immediately to an attack which was why just two terrorists could eliminate an entire well-armed and trained squad. The above incident highlights the importance of convoy movement in insurgency affected areas. Moving in a convoy makes it difficult for the terrorist to simultaneously attack all members of the group. At the same time, the security forces have an opportunity to take on the terrorists which may not be possible in a single vehicle move where all the security force personnel have been disabled. The security discourse is unfortunately focussed on enablers such as bullet proof jackets and sophisticated rifles for the security forces, but important as these aspects may be, they can hardly compensate for weaknesses in drills and training. This lesson has still to be learnt. It must be understood that basic preventive measures cost little but can bring down the casualty rate drastically, enhancing at the same time the effectiveness of the police forces. Such options require hard work and have little glamour but are the only ones which will deliver results.

While moving in isolated areas, it is important for the lead vehicle to keep a look out for culverts or other areas where the commander assesses a threat. In case of culverts, IEDs are generally placed beneath them and are detonated when the vehicle crosses over. The counter to such IEDs is that before each culvert, or likely IED site, the vehicle must halt and carry out a physical check. If an IED has been planted which is to be manually detonated, then a sure give away is the connecting wire. In such cases, there is also an opportunity to apprehend the insurgent who will be in the close vicinity of the IED to detonate it. This procedure is laborious and may not always succeed but it provides much better options than blindly stumbling into an adverse situation. The other members of the convoy also need to be trained on action to be taken in case an IED is detected or in those circumstances when the IED has been able to take out one of the vehicles in the group.

In the high intensity insurgency environment in which our police forces are required to operate, the need is to concentrate on basic training and leadership issues. Much too often the discourse gets hijacked by projection of demands for helicopters and upper end technology. But without removing weaknesses at the basic level, other measures are unlikely to yield the desired results. The internal report of the BSF post the attack by the Maoists in Dantewada pointed to lack of training, work pressures and communication gaps as causative factors behind the police forces excessive casualties. To this must be added the issue of leadership. Unless structural factors are addressed our armed police forces will continue to be at a disadvantage in the conflict against Maoists.