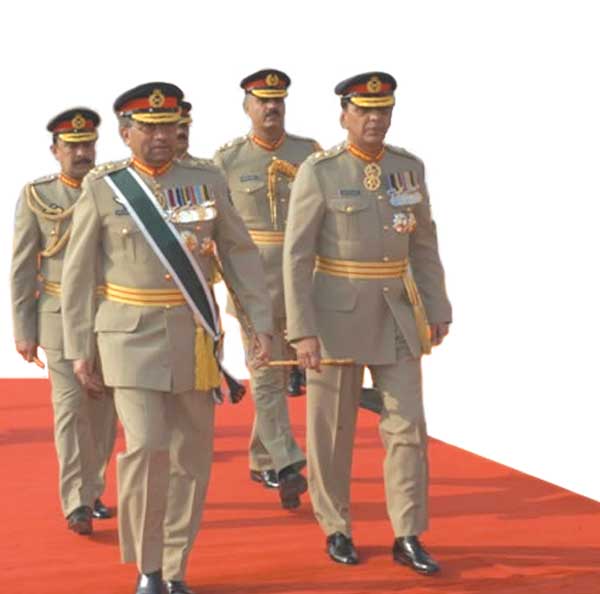 The Lashkar-e-Toiba (LET), which had refrained from any major terrorist attack in India, including Jammu & Kashmir, after the 26/11 terrorist strikes in Mumbai, has been let loose again by the Inter-Services Intelligence (ISI) and the post-26/11 curbs on its ground operations have been removed.

These curbs were imposed under international pressure after a number of foreign nationals, including US and Israeli citizens, were killed by it during its strikes in Mumbai. Following their deaths, the relatives of the Americans and Israelis killed had initiated legal action against the ISI and the LET in US courts for their role in the murder of their relatives. It is this legal action that led to the US announcement of a huge reward for evidence that could lead to the arrest and prosecution of Hazfiz Mohammad Sayeed, the Amir of the LET.

While refraining from any ground actions outside Pakistan, the LET appears to have resumed its recruitment, fund collection and motivational activities for nearly a year.

These curbs and the legal action initiated in US courts hadled to the LET suspending its operations outside the Pakistani territory. India and the other countries, except Afghanistan, were free of any major activity of the LET since 26/11.There was no evidence to indicate any direct involvement of the ISI and the LET in the terrorist strikes that had taken place in the Indian territory outside J&K since 26/11.

While refraining from any ground actions outside Pakistan, the LET appears to have resumed its recruitment, fund collection and motivational activities for nearly a year. This has become evident from reports regarding the activities of Zabiuddin Ansari aka Abu Jundal aka Abu Jindalakla Abu Hamza, a Muslim of Indian origin from Maharashtra, in Saudi Arabia.

He was one of the six co-conspirators of the LET and had helped the LET leadership in organising and executing the 26/11 strikes. He was supposed to have been in jail in Pakistan since February 2009 facing prosecution before an Anti-Terrorism court for his involvement in the 26/11strikes.His arrest in Saudi Arabia and transfer to India last week by the Saudi authorities indicate that he had managed to go to Saudi Arabia a year ago and had resumed his activities there as the LET representative in Saudi Arabia for making recruitment from amongst Pakistanis and Indian Muslims living there. He used to do this job even before 26/11 and had resumed it last year after coming out of Pakistan.

The resumption of his activities from Saudi territory speak of the likelihood of plans for a fresh terrorist strike by the LET. In view of the steep deterioration in Pakistan’s relations with the US, pressures from Washington DC no longer have the desired effect on the ISI, which continues to help the LET as well as the Afghan Taliban and the Haqqani Network despite repeated US admonitions to curb their activities.

Encouraged by its re-enhanced influence and the backing of the Army and the ISI, it is to be expected that the LET will redouble its efforts for another terrorist strike in India.

The undoubted dilution of the US influence over the ISI and the relaxation of the curbs imposed by the ISI on the anti-India activities of the LET, as evidenced from the resumption of the activities of Ansari in Saudi Arabia, indicate fresh dangers of the possibility of a major terrorist strike by the LET against India with the blessings of the ISI.

The confusing reports from Islamabad regarding the snafu over a pardon reportedly issued by President Asif Ali Zardari to Sarabjit Singh, an Indian national awaiting the execution of a death sentence for 20 years, also indicate the kind of pressure which the LET is able to exercise on the civilian leadership. SarabjitSingh had been sentenced to death by a Pakistani court on a charge of being an R&AW agent, but he had been repeatedly appealing against the sentence.

On June 26,2012, spokesmen of the President’s office had indicated that the President had decided to commute his death sentence to one of life imprisonment which could pave the way for his pardon and return to his family in India. His reported decision was widely welcomed as a humanitarian gesture in India and was hailed during prime-time TV debates.

It has been reported by “the Hindu” correspondent in Islamabad that the reported decision of Zardari to pardon Sarabjit Singh was strongly criticised by the Jamaat-e-Islami (JEI) and the Jamaat-ud-Dawa (JUD), the political wing of the LET, as a shameful act at a time when AjmalKasab, the lone LET survivor of the26/11 strikes, was under a death sentence in Mumbai.

Zardari seems to have blinked under the criticism of these organisations and possibly also from the Army and the ISI.His spokesmen have sought to give the impression that no pardon had been issued by Zardari to Sarabjit and that the media had confused a release order issued by the Govt in respect of Surjit Singh, another Indian languishing in Pakistani jail, as indicating an impending release of Sarabjit Singh.

The interrogation of Ansari by the Indian authorities should focus on ascertaining the present thinking and the future plans of the ISI and the LET.

The contention of the Presidential spokesman that the confusion was created by the media in India and Pakistan has not carried conviction with many analysts in both the countries. The snafu indicates a possible weakening of the position of Zardari and his decreasing ability to withstand pressure from the Army, the ISI and the LET in matters relating to India.

The LET’s ability to dictate terms to the Government has been demonstrated once again. Encouraged by its re-enhanced influence and the backing of the Army and the ISI, it is to be expected that the LET will redouble its efforts for another terrorist strike in India.

The decision of the Saudi authorities to transfer Ansari to Indian custody unmindful of the unhappiness of Pakistan will be seen in Pakistan as a blow to its much-flaunted relationship with Saudi Arabia. Zardari is likely to be blamed by the Army and the LET for the failure to dissuade Saudi Arabia from transferring Ansari to Indian custody. It will come as a surprise and shock to the fundamentalist organisations in Pakistan and Indian Muslim organisations such as the Students Islamic Movement of India and the Indian Mujahideen which had in the past maintained close interactions with sympathetic elements in Saudi Arabia.

The ISI and the LET will be determined to demonstrate that the action of Saudi Arabia will not weaken their anti-India motivation by orchestrating a fresh terrorist strike against India.

The interrogation of Ansari by the Indian authorities should focus on ascertaining the present thinking and the future plans of the ISI and the LET. The other members of the Indian Muslim community, who were in contact with the LET, the ISI and David Headley, of the Chicago cell of the LET, should be quickly identified with Ansari’s help and arrested. Questioning him regarding what role he played in connection with the 26/11 strikes can be taken up later on.