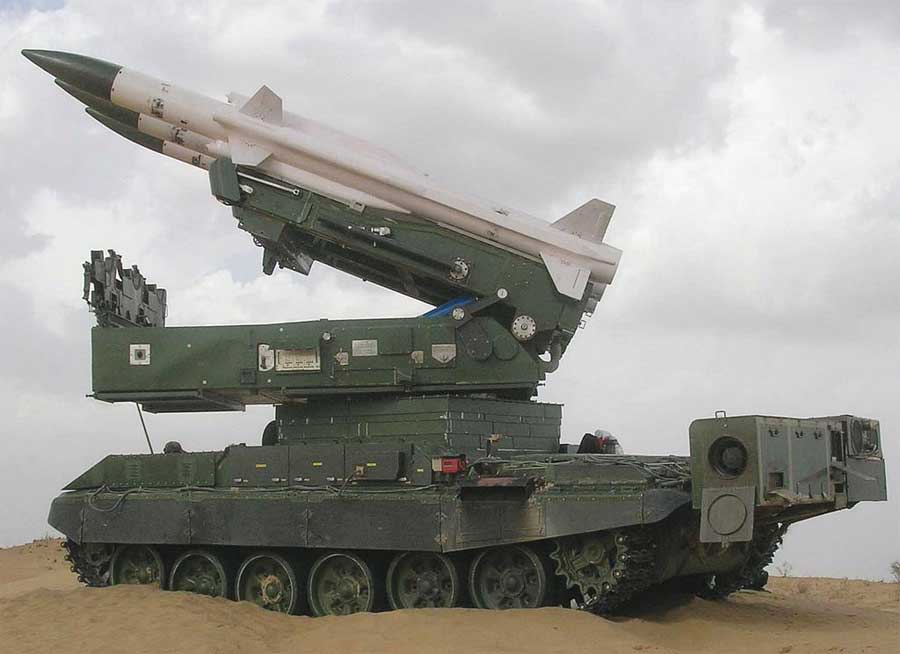 Countering an emerging, modern multi-vector and multi-element air threat will need a modern air force and an equally modern ground-based, air defence system based on modern missiles and guns. Modernisation of ground-based, air defence weapons through acquisition/indigenous development, where possible, is long overdue. There is flip flop about S 400 and Barak 8 is just getting off the drawing boards. For the present, besides some refurbishment of decades old weapons, which may be lots of money down the drain and acquiring the ill-fated Aakash system, there does not appear to be anything on the horizon. Possibly the wait will get longer.

Twenty-five years ago today, President George H.W Bush announced the execution of Operation Desert Storm. It was not only a historical geopolitical moment that changed the course of events but is widely seen as the introduction of modern “smart” warfare driven by miniaturised computer technology and reliance on precision air power. Over five weeks, coalition aircraft rained weaponry from the skies over Iraq and Kuwait. The ground forces then stormed across the deserts of Saudi Arabia into Kuwait and Iraq. Just over four days after the commencement of ground assault, Iraq capitulated and a ceasefire was agreed to.

The Gulf War began on January 17, 1991, with an extensive aerial bombing campaign. The Coalition flew over 100,000 sorties, dropping 88,500 tonnes of bombs,extensively destroying military and civilian infrastructure. The air campaign, commanded by USAF Lieutenant General Chuck Horner who briefly served as the US Central Command’s Commander-in-Chief – Forward while General Schwarzkopf was still in the US. —Gulf War, Wikipedia

Any future war will roughly follow the narrative described above: a massive aerial bombing campaign for near total destruction of the enemy forces, enemy military and civilian infrastructure and annihilation of the enemy’s ability to wage and sustain wars for a long time; while the ground forces wait, out of the danger zone, at a safe distance. In the twenty-first century, there will be some modifications to the narrative:

•  There will be far greater use of technology for surveillance, near total situational awareness and battlefield transparency. The exact location of the enemy will almost always be known. There will be no blind spots, which may obstruct real-time decision making. 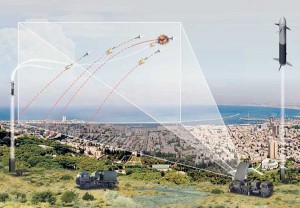 •  There will be greater use of technologically advanced weapons to kill a much larger number of enemy combatants with ease without exposing own combatants to danger.

•  Stand-off engagements by ‘warriors’ conducting battle from thousands of miles away, from the comfort of air-conditioned operation centres while killing unsuspecting enemy will, for the affluent nations at least, become a norm.

In the past, it was enough to deter a manned flight from pressing home the attack…

•  An aspect regarding the intense use of electronics will be the adversaries attempting to deny the use of electro-magnetic spectrum to each other. Nations with advanced technologies will have a clear advantage in this area wherein the lesser prepared adversary may have all communication and non-communication electronics downgraded to a level of very low performance or total non-performance.

•  Over a period of time, manned flights, at least by the affluent and technologically advanced nations, will make way for unmanned fighters and bombers engaging the enemy in the air as well targets on the ground with no fear of pilots being killed by enemy action.

•  Thus an important universal change in the nature of air threat will be the use of weapon carrying Unmanned Aerial Systems (UAS) in large numbers.

•  In the coming decades, this part of the narrative will play out an even more destructive role based on technologically advanced weapon platforms and weapons, without the fear of serious loss of human life, based on near total battlefield transparency and complete awareness of the battle situation.

•  Besides the fighter aircraft, modern air threat will be from UAS in large numbers, missiles of various kinds and capabilities, rockets and artillery shells. These threat elements, very accurate and delivered in large numbers, with the ability to inundate a given segment of the airspace, will have a profound impact on the conduct of air defence battle. Such an air threat will need a variety of air defence weapons with different capabilities, deployed around the critical assets to engage the threat with ever-changing profile. 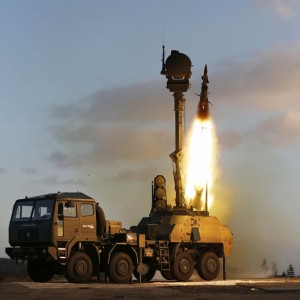 •  In the past, it was enough to deter a manned flight from pressing home the attack. With the unmanned flights in very large numbers, it will become imperative to simply destroy the threat or else suffer serious damage or hindrance to ground operations because the man in the cockpit, who was deterred, has been taken out.

•  Thus while the air campaign gets underway, the only component of the opposing side, besides the fighter aircraft, which will be involved in stopping the tide will be the ground-based air defence weapons.

Asian Battlefields of the Future

To be fair, it needs to be pointed out that the narrative quoted above will be somewhat different in our context. While our adversaries for the present, may not have the UAS capability described earlier, but they have sufficient number of fighter aircraft of different vintages, in some cases dated technology but capable of offensive action.

In case of Pakistan these include an American gift of F-16s to the Pakistan Air Force, purportedly to be “used in war against terror”! Both our adversaries have fairly large inventories of modern missiles, which can strike any part of our country. They also hold large inventories of rockets and artillery, which can strike targets fairly deep into our territory. With a rapid, intense and in parts India-centric modernisation of the People’s Liberation Army (PLA) and spin-off benefits to the Pakistani armed forces in the form of hand-me-downs of Chinese weapons, our adversaries will have sufficient inventories to cause serious damage unless checked in time.

The power and reach of modern aerial threat to create a disproportionate advantage for the side with a superior, state-of-the-art, full spectrum range of modern aircraft and other constituents of the aerial threat is a well-established military reality. Our adversaries, with somewhat dated or not-so-modern equipment, have the intent, the quantity of resources and the capability to seriously threaten our air space as well as assets anywhere on the ground. The possibility of a coordinated action by the two neighbours can amplify the threat manifold.

With continued focus on modernisation of the Indian Air Force (IAF), which is a very visible and politically appropriate action by any government, we will have the desired quality and numbers to be a force in-being as well as a very potent force to impose our will on our adversaries. Unfortunately, an important aspect, which does not get the attention it deserves, is that the protection of our air space as well as security of our ground-based critical assets need, besides a very modern and numerically adequate air power, a modern ground-based air defence force, which can, in a coordinated manner, counter a modern, potent and wide spectrum, multiple constituent aerial threat.

It will be fair to mention here that while we are striving to have a fairly modern air force, the ground-based air defence weapons inventory of the Indian army, in terms of numbers, is grossly deficient to protect our ever increasing list of vulnerable national assets and qualitatively the present inventory, consisting of vintage weapons, is simply inadequate to fight an effective air defence battle.

The modern aerial threat will not be composed of manned aircraft only. Advancements in technology have brought about some important changes in the composition of the air threat. These are:

•  Long range missiles and rockets are comparable in shape, size and radar signatures to any modern fighter aircraft. With a somewhat predictable flight behavior, these aerial objects, in some cases, can be far more destructive against the elements on ground vis-à-vis the fighter aircraft. These threat elements need to be detected, established as hostile and destroyed well before they can cause any damage.

•  Another, very revolutionary concept to emerge in the recent times is the introduction of UAS in the weapons inventory. From merely being a reconnaissance/surveillance resource, to create an unprecedented battlefield transparency and for very realistic situational awareness, to help decision making by commanders at different levels, the UAS has come to symbolise a new paradigm for war fighting wherein, in the years to come, some nations may not have to send their pilots to fly missions over enemy territory and yet cause unprecedented destruction by using pilotless aircraft. For the present, this threat may be minimal in our part of the world yet it must be included in any consideration for equipping a modern ground-based, air defence force, which for the present has no modern weapon system.

•  An important distinction must be made at this stage about the capability of different types of weapon systems and platforms. While the modern fighter aircraft can very accurately deliver a large inventory of air-to-ground and air-to-air weapon loads, can engage enemy aircraft in dogfights and a host of other activities, they are simply not suitable to detect and engage in flight rockets/missiles and in some cases, even UAS. Besides other characteristics, sometimes the numbers may just inundate the fighter aircraft.

•  A very significant operational distinction between the manned aircraft and missiles/rockets/UAS is that these threat elements cannot be deterred and will have to be destroyed to prevent any loss or damage. This distinguishing feature should drive our plans for acquisition and modernisation of the ground-based, air defence systems. Out of necessity, our ground-based air defence system will have to primarily comprise missiles, in various configurations, capable of hit-to-kill strikes or with very high kill probability and gun systems capable of providing effective close protection.

Modern, long-range, air defence missiles can even engage and destroy threat of any kind, including aircraft en route to strike an asset.

•  At this stage, two features of modern ground-based air defence weapons need to be highlighted:

.    •  With a vast array of radars deployed for long range detection, tactical control and weapon guidance, the ground-based, air defence system has the ability to detect these objects similar to detecting any other flying objects such as fighter aircraft/helicopters. The system will detect every missile/large rocket/UAS in the given expanse of air space.

.    •  Having detected the target, the ground-based, air defence system has the ability to nominate the most suitable weapon system to engage and destroy the threat including missiles/rockets/UAS/ aircraft. In case of multiple targets, the system will simply nominate different weapons to simultaneously engage different targets attacking the same asset or engaging a number of contiguous assets. With adequate numbers, the ground-based, air defence system cannot be inundated. Modern, long-range, air defence missiles can even engage and destroy threat of any kind, including aircraft en route to strike an asset. It will be appreciated that the air defence response described above will invariably be air defence missiles with different characteristics.

.    •  Ground-based air defence even has the capability to engage mid-trajectory and destroy artillery shells in flight; a system which we may also need to protect our cities such as Amritsar and Firozepur.