“Air power is indivisible. If you split it up into compartments, you merely pull it to pieces and destroy its greatest asset – its flexibility” – Field Marshal Bernard Montgomery.

Since the beginning of thought on air power, one theoretical concept which has found general acceptance is its “indivisibility”. This concept has been viewed on two planes. In the infancy of air arms, indivisibility meant an argument in favour of a single national air force as opposed to the Army and the Navy having their own air assets and capabilities. This thought process was apt in the times when the size of the individual services was small and the technologies associated with use of the medium of air for military purposes still in a nascent stage.

With the Cold War necessitating mammoth force sizes, individual armies, naval forces and marines justified the need for air assets to be under command of each individual service. This was because the reach of these forces was envisaged as intercontinental and encompassing global missions.

“¦as a fallout of 26/11, all airlines registered in India have been made to sign an agreement with the government about immediate provision of their aircraft for airlift of passengers and cargo as required by the government.

As man ventured into space, the expression ‘air power’ metamorphosed into ‘aerospace power’. On the doctrinal plane, the concept of indivisibility also underwent a subtle change, focusing on the indivisibility of power (in air and space), of mission (strategic and tactical), and of operations (nuclear or conventional). On yet another plane is the question often asked: Is civil aviation of a nation indivisible from that nation’s capabilities in the aerospace domain? Does civil aviation qualify to be termed a component of national aerospace power? This article addresses these questions in the Indian context.

Douhet was a proponent of the idea of universality of function which perceived an intermingling of civil and military use of air assets. According to him, “An air force has need of aircraft with average characteristics similar to those of civil aircraft”. However, his belief pertaining to the use of converted civil aircraft for military use in the interest of the economy and his confidence in the direct utilisation of civil transport aircraft in the combat appeared to lose intensity in his later years. The British were at the forefront in the evolution of concepts on air power. Post WW I. Military thought in Britain spawned the idea of subsidising the production of civil aircraft which would ply their peace time trades throughout the British dominions, but would be mustered to the nation’s military service, much like compulsory enlistment. Since those early days of air power development, evolutionary changes have taken place in the nature of its components, concepts, theories, technologies and the domain of air power has expanded to include space. The term “aerospace power” now more faithfully conveys the wherewithal it represents, in peace time and in war.

The roles of the Indian Air Force (IAF) could be enumerated as Deterrence, Punishment, Protection, Projection and Peace-time responsibilities. The first three relate directly to the conduct of armed conflict and it is difficult to assign civil aviation an associate function in these three roles. However, in the latter two roles, civil aviation aircraft can provide complementary airlift capability and thus contribute to national air power. 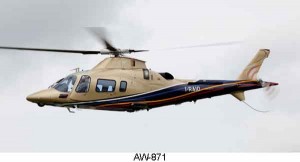 In a broad sense, the recent evacuation of Indian citizens from Egypt and other Arab countries by Air India was an illustration in point. It is well known now that there was a delay in airlifting NSG commandos to Mumbai in response to the 26/11 episode. Civil aviation aircraft can make their contribution there being ever ready to carry passengers and cargo in any case.

Indeed, as a fallout of 26/11, all airlines registered in India have been made to sign an agreement with the government about immediate provision of their aircraft for airlift of passengers and cargo as required by the government. The formalisation of such an arrangement supports the premise that civil aviation is an essential component of national air power. The large scale chartering of Air India aircraft by the Army to provide air mobility to its troops during peace time between Delhi and stations in Jammu & Kashmir is another demonstration of civil aviation contribution to air power. 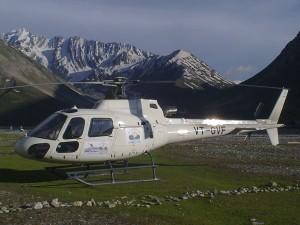 As can be seen, commonality or similarity of aircraft types, as propounded by Douhet, are not critical to the air transportation roles. This is so because the use of civil aviation assets is not envisaged as “under command” operations but rather “in support”.

Moving on to the human resource aspect, the IAF and the air arms of the Indian Navy and the Indian Army have been providing trained manpower including pilots and more importantly, flying instructors to the civil aviation industry. The helicopter component of the civil aviation industry in India is largely flown by pilots with background of military aviation. This factor is of significance in the context of the use of civil aircraft for “missions” that involve incremental risk to the crew. Former servicemen, with their training and orientation, would be well suited for manning such flights. Not only would they be mentally prepared and pro-actively disposed towards flying such missions, but would also be better prepared than those from purely civilian stream.

“¦the IAF and the air arms of the Indian Navy and the Indian Army have been providing trained manpower including pilots and more importantly, flying instructors to the civil aviation industry.

When India was confounded by Chinese military action in 1962, civil flying clubs were overnight converted to flying schools churning out military pilots on fast track, i.e. in six months instead of the usual 12 months it took to complete their training in the normal course. This improvisation proved extremely useful for the IAF and was possible only because there existed a civil flying base to augment the IAF’s training capacity which, though adequate for normal training requirements, was unequal to the task of training a large number of pilots in a short time.

A National Air University, as is being talked about, would be a great reservoir of talent as a backup resource. In addition to meeting peacetime civil aviation requirements, its infrastructure would also represent an asset capable of quickly transforming into a military aviation training facility. The Indira Gandhi Rashtriya Uran Academy (IGRUA) is already a fine flying training institution capable of turning out pilots with not just good flying skills but also good background knowledge of aviation related professional subjects. The fact that the Academy has at its helm of affairs a seasoned IAF veteran helps. Moving away from pilots, Air Traffic Control (ATC) services in India are essentially civilian except at airports under military control. In a sense, civilian controllers represent an asset that is the backbone of air traffic management in the Indian skies.