Home  >  Spotlights  > Geopolitics  >  China’s move on Lakhvi not about terrorism, but about sending India and the US a signal

China’s move on Lakhvi not about terrorism, but about sending India and the US a signal 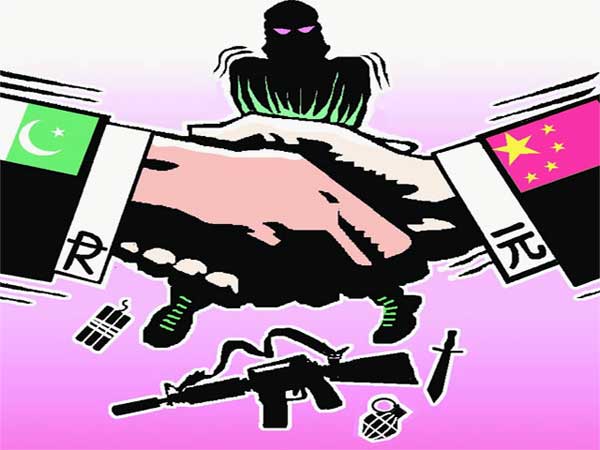 The Chinese bailout of Pakistan on the Zakiur Rehman Lakhvi case in the United Nations on Tuesday was as obvious as a hurtling fivetonne truck around the corner. What was more astonishing was that one expected that the UN Sanctions Committee would ask Pakistan to rearrest Lakhvi. The release last April of the mastermind of 26/11 was in violation of the UN resolution on terrorist organisations and groups.

Lakhvi is not important to the Chinese. But the symbolism of their move is. It suits China to be difficult with India and express its irritation with our attitude on oil exploration in the South China Sea.

The Chinese have behaved similarly in the past. Beijing blocked sanctions against the Jaish-e-Mohammed chief Masood Azhar in 2009. In December 2010, they prevented the UN Security Council (UNSC) from imposing sanctions on Hafiz Saeed and the Jamat-ud Dawa. And earlier this year, they blocked Indian efforts to put Hizb-ul Mujahideen Chief Syed Salahuddin on the terrorist list.

Lakhvi is not important to the Chinese. But the symbolism of their move is. It suits China to be difficult with India and express its irritation with our attitude on oil exploration in the South China Sea. A veto on Lakhvi is a painless exhibition of solidarity with Pakistan that plays the victim card effectively. Beijing is aware that Pakistan will never take any action in the 26/11 case that will give India comfort. It is simply gathering another IOU from Pakistan knowing how important Lakhvi’s incarceration is for India.

Standing by a friend with whom the friendship is a ‘higher than the mountains’ sort of thing is kosher. Especially at a time when US popularity in Pakistan is at a low ebb, and Washington is inclined to be more passive in these matters. The Chinese support is not about terrorism, but about sending a political signal to India and the US.

China and Pakistan have been close friends for decades and both have needed each other. It is a relationship based on a common enmity with India with 1962 and 1965 being landmark years. Pakistan helped China break its isolation when it set up the Nixon-Mao meeting in 1972. India campaigned for China’s permanent membership in the UNSC (P5), but got no thanks for it as it happened too late, eventually in 1971.

China has to ensure that it makes Pakistan feel secure against a perceived Indian threat. In addition, Pakistan is another access point into the larger Muslim world for Beijing.

Pakistan was a frontline state in the Afghan jihad, a US-led Cold War front at a time when China’s differences with the Soviet Union were acute. As a reward for this — and as a low-cost counter against India — the Chinese helped Pakistan acquire nuclear capability and, through the North Koreans, missile capability.

The latest mega infrastructure deal of $45 billion between China and Pakistan is more than just a counter to India-US relations. It gives China ultimate access to the Arabian Sea all the way from Gwadar to Karachi. And if Beijing plans to celebrate 2049 as a hundred years of communist rule, it would like to commemorate this by ruling the seas from the South China Sea to the Persian Gulf.

Connectivity from the coastline through Gilgit Baltistan through to Kashgar and farther into Xinjiang is of vital importance to China in its grand plan for the region. But beyond being a useful real estate for Chinese global designs, Pakistan has to factor in the well-known Chinese paranoia about internal disturbances, especially the currently ongoing Islamic movements in Xinjiang.

The Chinese are aware of Pakistani misdemeanours in Xinjiang in the past. They also know that it is the Pakistanis with their contacts among extremists who can possibly help them curb this threat. For this, China has to ensure that it makes Pakistan feel secure against a perceived Indian threat. In addition, Pakistan is another access point into the larger Muslim world for Beijing.

Pakistan, largely isolated from most of the world, looks upon China for a way out of its current economic mess. In the past, China’s investments have never really been geared to help a recipient country. But India being a factor in China’s calculations, it may actually provide investment that helps Pakistan.

Pakistan fears that the US might lose interest in the Af-Pak region. And it is China that they believe to be the only country to provide ‘post-American’ security.

Beijing has been quick to offer Pakistan matching deals like the ones India got from the US following the civil nuclear and military hardware deals. It will continue to block India’s entry into other nuclear arrangements like the Nuclear Suppliers’ Group so long as Pakistan is excluded. China will remain Pakistan’s main arms and nuclear power supplier.

Pakistan fears that the US might lose interest in the Af-Pak region. And it is China that they believe to be the only country to provide ‘post-American’ security. Which is why Islamabad would be eager to have Beijing lend a hand in Afghanistan and negotiate with the Taliban, leaving the Indians out in the cold.

China may not want a quid pro quo from Pakistan on all issues. But it’ll seek cooperation in dealing with its Uighur issue in Xinjiang, where violence and unrest has broken out this week after the recent clampdown on Ramzan. The real test for China-Pakistan ties lies ahead as Beijing gets deeply involved with an increasingly radicalised Islamic state.

2 thoughts on “China’s move on Lakhvi not about terrorism, but about sending India and the US a signal”