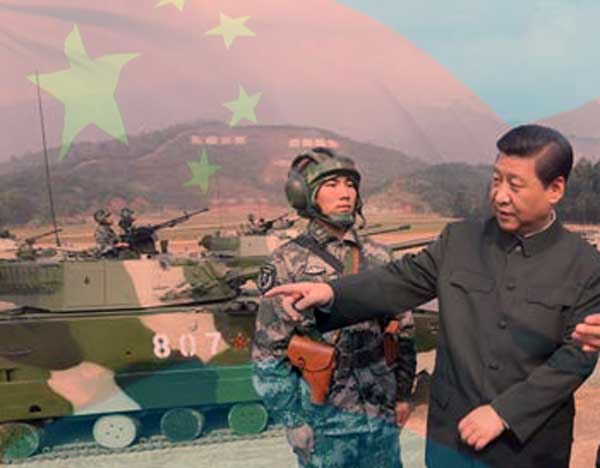 November 2015 marks three years since Chinese President Xi Jinping (习近平) took over the reins of power by assuming office of the Party Commission in November 2012.

At that point, it was hard to fathom that within a short span of three years, especially in the context of a large nation like China, Xi would be able to establish, what perhaps has been China’s most tight-fisted socio-political control since the era of Mao Zedong. Interestingly, this is not the astounding part.

While leaders in democracies around the world have certain commonalities in terms of their approach and consequent connect with their masses/electorate, the case of China is different for obvious reasons.

In this reference the demeanour of Xi Jinping spreads far and wide – of smiling and laughing in public, cuddling babies, enjoying sports, shunning the state limousine motorcade and opting for a mini-bus to travel with the masses instead, self-serving a bowl of dumplings at local restaurants, and having a meagre traditional meal in a farmer’s hut in the countryside – thereby pointing towards a vital changing reality vis-à-vis the Chinese Communist Party.

The CCP is finally being associated singularly with the face of its leader – Xi Jinping – who strikes a chord with the Chinese public and keeps track of public opinion, to the extent that he is often referred to nowadays as “Xi Dada” in local Chinese media.

For that matter, even the People’s Liberation Army owes open allegiance to Xi Jinping with state-run and controlled newspapers carrying full-page expressions of absolute loyalty by military commanders across regions (for more details, see, “The Power of Xi Jinping,”

The Economist, 20 September 2014) as an attempt to quell any form of rift between the Party and the PLA, as has been debated frequently. Xi Jinping happens to be the youngest leader to take over command of China’s 2.3 million-strong armed forces. Owing to his political capital, his association with the PLA and having witnessed military diplomacy up close, Xi’s control over the PLA is far greater than both Hu Jintao and Jiang Zemin, who struggled to coagulate their authority during their respective tenures.

In the backdrop of the above, it appears that the winds of Chinese politics are taking a definitive, yet very gradual bend. Xi became the Chairman of China’s Central Military Commission and General Secretary of the Party in November 2012 and thereafter the President of the PRC in March 2013. While popularising his image among the Chinese masses, Xi made an astute and deliberate attempt to strengthen his grip on power, especially by placing effective checks on the power elite.

The most profound manifestation of this came in the form of reducing membership of the most powerful political decision-making body of the CCP – the Politburo Standing Committee – from nine to seven members. Noteworthy is that no member, as of now, is exclusively responsible for domestic security, and it remains Xi Jinping’s fief (for more details, see, “The Power of Xi Jinping,” The Economist, 20 September 2014).

Xi Jinping has given out a clear message on who calls the shots in China, unlike his predecessor Hu Jintao. Recall that Hu had been challenged by then Politburo Standing Committee member, Zhou Yongkang (in-charge of the entire law-enforcement apparatus, from the police, secret police and judiciary). Incidentally, Zhou Yongkang is presently being tried for corruption charges and his investigation and trial grabbed international headlines primarily because Zhou is among the highest-ranking officials to have been subjected to the kind of trial that was unheard of in China ever since the Party took over in 1949.

Xi Jinping is sparing no political elite when it comes to charges of corruption, and by doing so, in effect, is neutralising all potential political rivalry that could threaten his power and control, in any way. A person whom Xi Jinping would not like to forget is Bo Xilai, the Party chief in China’s south-western province of Chongqing, sentenced to life-in-prison on charges of corruption and abuse of power. Bo and Xi had many similarities in traits and background – both being Princelings with a proclivity to enchant masses. The alternative argument suggested that it was the challenge that Bo posed to Xi’s political rise, which became the key reason for his eventual downfall from public life.

The unimaginable and unprecedented crackdown on corruption is becoming the most potent tool in Xi’s hand with more than 200,000 been rounded up by party investigators, as reported by The Economist. Corrupt officials above ministerial level have apparently been identified in all 31 provincial regions of the Mainland. As the anti-graft campaign in China catches momentum, key political appointees are falling prey, and are being formally charged with taking bribes and embezzling public funds, including prominently:

The Communiqué released following the fifth plenary session of the 18th CCP can be described as a caveat that summed up the objective of the anti-corruption campaign, “… so that officials … do not want to be corrupt, do not dare to be corrupt, and could not be corrupt even if they wanted to be.” (Xinhua Press Release, “CPC tightens anticorruption efforts as Shanghai, Beijing officials fall,” 12 November 2015.) That corruption in China is systemic and widespread is all too well-known and acknowledged, but, the fact that Beijing and Shanghai – China’s political and economic hub – too have fallen to corruption charges as the last provincial-level regions only reflects the depth of the roots of corruption, now a social pandemic in China.

Notwithstanding that Xi’s political standing and control at present pronounce him as China’s most powerful ruler since Deng Xiaoping, and possibly even since Mao Zedong, it simultaneously brings to light the nation’s turbulent political past when Chairman Mao’s reign was notoriously reminiscent of the turbulences of a dictatorship.

Although Xi Jinping is attempting to add a dash of populism to his rule, the concurrent tightening of control on online social networks and brute crackdown against political dissent and activism shall blemish the very idea of being “Xi Dada” – which he would like to be remembered for.