China: Disquiet in the PLA? 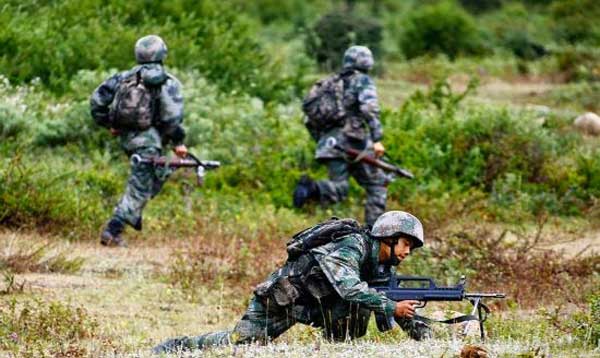 A recent article in the Peoples’ Liberation Army’s (PLA) flagship newspaper, The Liberation Army Daily  (LAD) underscored the point that political correctness supercedes all else. The article was republished by other top official news media such as The people’s Daily, which is the mouthpiece of the communist party, and a gist of the critical elements of the message was posted on the internet.

The article explained that the main crime of the two Vice-Chairmen of the Central Military Commission (CMC), Guo Boxiong and Xu Caihou, was that they had violated “political principles”. Noting that the corruption of the two military officials was appalling, the article stated, “this was not the crux of their problems. The key issue was that they violated the political bottom line.” The article averred that even a small problem (political) of powerful high officials “will not be small, but costly.”

The article discussed the directions of army administration under the new leadership.

On 29th May, the CMC published a compilation of selected speeches made by Xi Jinping between Nov 2012 – Nov 2015 on military reform. The CMC stated that the compilation “epitomizes President Xi’s most important strategic thoughts on military reform,” and “provides a strong idealogical guarantee  and strong spiritual motivation for the reform and military build – up.”This compilation, essentially “Xi Jinping’s Thoughts on Military Reforms” is compulsory study for all military personnel.

Return to the LAD article. There appears to be a message that China, especially the PLA, can live with limited corruption, but Xi Jinping’s political line for the armed forces cannot be violated under any circumstances.

What were the political problems of Xu Caihou and Guo Boxiong? There have been no reports that they had opposed party principles in any way. They were also not supporters of a pro-western style of military system. Official media reports point out that the charges against them were of massive corruption and nepotism. More significantly, they were known to be protégés of former president and party chief, Jiang Zemin, who had set up a wide network of camp followers in both the civilian and military sectors. He held on to the post of chairman of the Central Military Commission for two years after his retirement from all other posts. It was only after huge pressure from retired leaders that he gave up the CMC chairmanship.

Even after retirement Jiang wielded enormous influence in the party and the military, appearing on stages where retired leaders were not expected to be according to established protocol.

Jiang Zemin’s successor, Hu Jintao was not as strong a leader. He tried to take on Jiang in the initial period of his rule, but had to relent.

Xi Jinping has tried to neutralize Jiang in every possible way, including the very Chinese method of using parables in the media. But his most successful and ruthless instrument has been his anti –corruption drive, which he has used effectively to hit at Jiang’s network. Bringing down Jiang acolyte Zhou Yangkang, a former Politburo Standing Committee member, Xi has “scalped” the biggest “tiger”. Zhou’s family is now being hunted.

Nevertheless, bringing the military to heel may be a more difficult job for Xi, notwithstanding the fact that two big “tigers” of the PLA have been defamed and made an example of.

Changing the emphasis from corruption to correct “political principles” begs serious questions. Reorganising the old military structure may not have endeared Xi to all military leaders despite the fact that he has substantially reduced Jiang’s influence in the PLA.  However, naming and shaming top level officers would have been applauded by the younger party cadres and the people.

Disbanding the Military Regions (MR)s would have  disenfranchised many top level military officers and  aspirants for such posts.  The MRs were almost autonomous military power centres with their businesses and media. The late Chinese leader Deng Xiaoping called them ‘Mountain Warlords’. Xi reduced the number of MRs from eleven to seven, but realized the necessity of retaining and consolidating the critical ones.

Xi Jinping has weakened the CMC to an extent and appointed himself Chief of Staff of the Joint Command. At the same time, he is aware that the PLA is a very strong pillar of the party. While the party commands the gun, the gun protects the party. This balance must be maintained. It is expected that the strong anti-corruption campaign may be scaled down.