Home  >  Spotlights  > Geopolitics  >  Change of Leaderships in US, Iran and Israel: A Political Synthesis

Change of Leaderships in US, Iran and Israel: A Political Synthesis 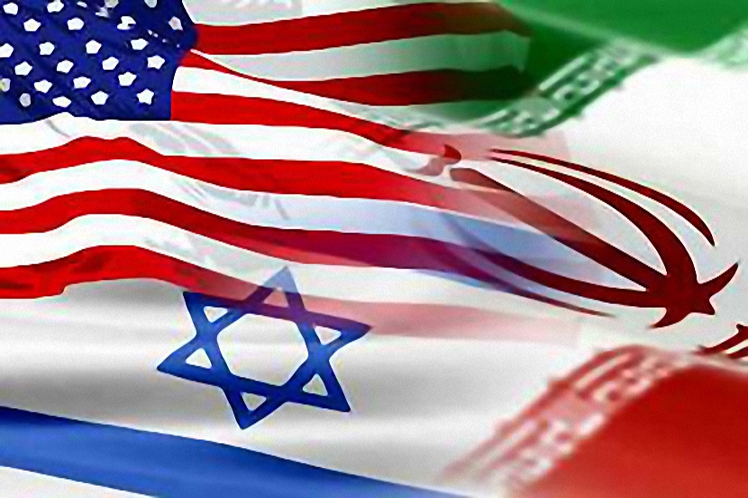 The West Asian region has been perpetually in turmoil due to Israel-Iran standoff and sectarian divide with primacy of religious narratives alongside complicity of external forces. Israeli expansionism, Palestinian independence, and Iranian Nuclear deal are the main burning issues that are in dire need of an amicable solution. Nuclear calculus of Iran with her anti Israel agenda continues to be most obstinate vector from western perspective. The Abraham Accord has infused some hopes and positivity in the environment but the momentum seems to have slowed down. The Israel is central to all these politically sensitive issues being a matter of existential importfor them.

It is a coincidence that there is a change of top leadership in US, Israel and Iran within a short span of time. All three nations have a deep geo political connect with West Asia and its political matrix. History prompts that such changes inleadership, at times, throw up opportunities to review the political approach afresh, and bring about policy shifts. No wonder, the media is abuzz with varied shades of speculations with change of guard and its potential of pivotal consequences.While it is difficult to shift from the political mindset nurtured over years, but there have been leaders who have dared to break away from the past. The Berlin wall fell overnight with change of heart of the leadership and the public sentiments of German people. It can happen elsewhere also and West Asia is no exception.

The new Prime Minister of Israel is a rightist and expected to continue the expansionist agenda for his political survival in a wafer thin majority. The President designate of Iran, a former judge and confidant of Ayatollah Khomeini, is a known hardliner. He is under US sanctions for human rights violations purportedly due to his complicity in 1988 verdicts against political opponents. He is expected to talk tough in Vienna and raise the bar on nuclear deal to Iranian advantage. Whereas, the US intent of reducing military footprints from Asian landscape, makes it binding on Joe Biden to make West Asia secure and free from nuclear threat.

All three nations are seen to be indulging in acts to raise their bargaining chips in run up to new tranche of political maneuverings in offing. Air strikes by US on Iranian proxies on Iraq-Syria border, stern warnings to US Inc by the IranianPresident designate, and Israeli leadership showing signs of getting   tough against rebels are all part of this exercise.  There seems to be very little scope of convergence if we look at the past precedence and continued political intransigence. Yet, there is always a hope for change in attitude due to emerging political realities prompting and compelling meeting of the minds. Accordingly, the hypothesis and options to deal with contentious   political conundrum is the objective of this political synthesis.

Grant of independence to Palestinians as a fully sovereign nation is the most essential core issue as on date. This happens to be the pan Islamic sentiment cutting across sectarian divide which cannot be ignored for posterity. The US drafted plan to grant independence to Palestinians is seemingly pro Israel with high economic prudence, but short on sovereignpowers. The plan envisages charter of security and foreign affairs to be vested with Israel leaving public administration to the Palestinian government. The plan also talks of ceding Palestinian lands presently occupied by Jews with a barter of barren deserts. The suggested format accords a status of aprotectorate and not a state with full political autonomy. It is seen as a game plan to make Palestinians subservient to Israel, hence not acceptable to either Palestinians, or Islamic nations for obvious reasons.

The former President Trump was seen to be encouraging Israel in her expansionist pursuits. The declaration of sovereignty over Golan Heights and move to legitimize encroachments in West Bank and East Jerusalem had US patronage. The US embassy was relocated to Jerusalem as a symbiotic gesture of their support to Israel. The president Trump has left a legacy which can neither be dumped, nor pursued making it difficult for Joe Biden to make a change. It is not only Trump, but all the previous administrations in US have been pro Israel always seen to be pushing the Palestinian interests as secondary. Therefore, the window for any political shift by Joe Biden is very narrow, hence need of innovative and bold approach.

It  warrants  US to de hyphenate itself from Israeli camp and accord equal treatment to both Israel as well as Palestine in right earnest. There is also a need of shifting from military centric approach   to a political package with economic benefits alongside measures to assuage the emotional sensitivities. It may not happen easily as Iran continues to nurture ambitions of total extinction of Israel as a carryover agenda central to Islamic revolution. Hence, need of disarming of rebels and creating credible deterrence against Iran is an essential pre condition from Israeli perspective for moving ahead on Palestinian independence. Would Joe Biden exercise statesmanship to forge ahead in a new direction is something that everyone will be watching hereafter.

The Iranian nuclear programme is a matter of global concern as one is not sure if Iran understands the red lines to use of such strategic weapons. Accordingly, US and five developed nations worked on a concept of engaging Iran and control her nuclear calculus instead of confronting it. Iran was motivated to sign theObama brokered nuclear deal in 2015. Whereas, Trump chose to move out of the deal in May 2018 much against views of other signatories of the deal. He took an extreme view to force Iran to roll back her nuclear programme all together. Iran in response started increasing the enrichment of nuclear fuel beyond 3% to convey a sinister message of her nuisance quotient impacting world peace.

Joe Biden who was the vice President with Obama is now making moves to rejoin the nuclear deal again. Iran is expected to talk from a position of strength as she was betrayed by US despite extending full cooperation under international watch.Iran, accordingly, would certainly not like to accept US rejoining the JCPOA on old terms. The President designate Raisiis reported to have said that he would agree to join talks” if Iran sets the conditions, and not the US”.

Iran is expected to demand lifting of all the sanctions as a pre condition for any move ahead under new leadership. Looking atthe emerging military threats, Iran is unlikely to give up herpursuit of developing nuclear capability to build up optimum deterrence. Whereas, the US may be looking at terms little short of total roll back of Iranian nuclear structures in line with Trump philosophy. The time is at premium as Iran continues to move ahead in her enrichment of nuclear fuel by the day.

The urgency of the issue is also connected with the US plans of draw down from Afghanistan, Syria, Iraq and other areas of military presence. Such a geo political intent may create a strategic space which would be open for occupation by extra regional and local powers. Whereas, US would not like any compromise on their strategic influence in the region. The best way to ensure it is by bringing Israel and Sunni fraternity on the same page and empower them to deal with Iranian belligerenceand possible Russian political intrusion.

The Abraham Accord is serving well as a mechanism to forge such a convergence amongst Sunni states and Israel. However, the recent Israel- Hamas conflict has put a halt to momentum of this Trump initiated scheme. This Iranian backed standoff hasworked towards rekindling Islamic sensitivities onPalestinian issue afresh putting Israel and US in bad light.Sensing such a turning movement, the reconciliation talks were led by Egypt, a political shift from earlier precedence of involvement of extra regional powers. With that, Hamas has emerged as a political entity by default, paving way for their role in any Palestinian issue which was not the case so far.Moreover, one is not sure of political conduct of Iran under hardliner Raisi at a time when US is in a process of pulling out from Asian landscape.

Iran is known to be patronizing the anti US, Israel and Saudi Arab rebel groups who seem to have increased their turf and activities in recent times. With re election of Assad in Syria, the stock value of anti Israel forces seems to be on the rise. In the given circumstances it may be prudent for US to continue her military presence in the region in her own strategic interests. Whereas, US may not like to get involved in a yet another military engagement looking at the futility of their 20 year campaign in Afghanistan. Therefore, best option for US is to de escalate the political ante by facilitating grant of fullautonomy to Palestinians and engage with Iran with an open mind.

Israel also needs to roll back their occupation of Golan Heightsand follow UN instructions in this regards. This would reduce the enmity with Syria and Lebanon which in turn would help in softening Iran. The Iran needs to be taken on board by lifting the sanctions and the motivated to go back to nuclear deal in return of fulfillment of their objectives of Palestinian settlement and restoration of their pride. Such a positive political move wouldsurely have cascading impact in reducing sectarian rivalry in the region over period of time.

It is a defining time and an opportunity for all three nations  tomake a new beginning. It requires bold diplomatic initiative by the international community to bring about convergence of minds of the three new leaders. It would require lots of give and take under a transparent, trust worthy and credible negotiation mechanism. If not done now, then the spiral of violence in the West Asia would continue unabated leading to a state of despair. The US being the super power with global geo-political influence needs to take the lead to make it happen, and convert the despair into hope of peace and stability in West Asia.  Earlier it is done, better it would be for the world peace.