Home  >  Spotlights  > Military & Aerospace  >  CDS – will it include comprehensive reform?

CDS – will it include comprehensive reform? 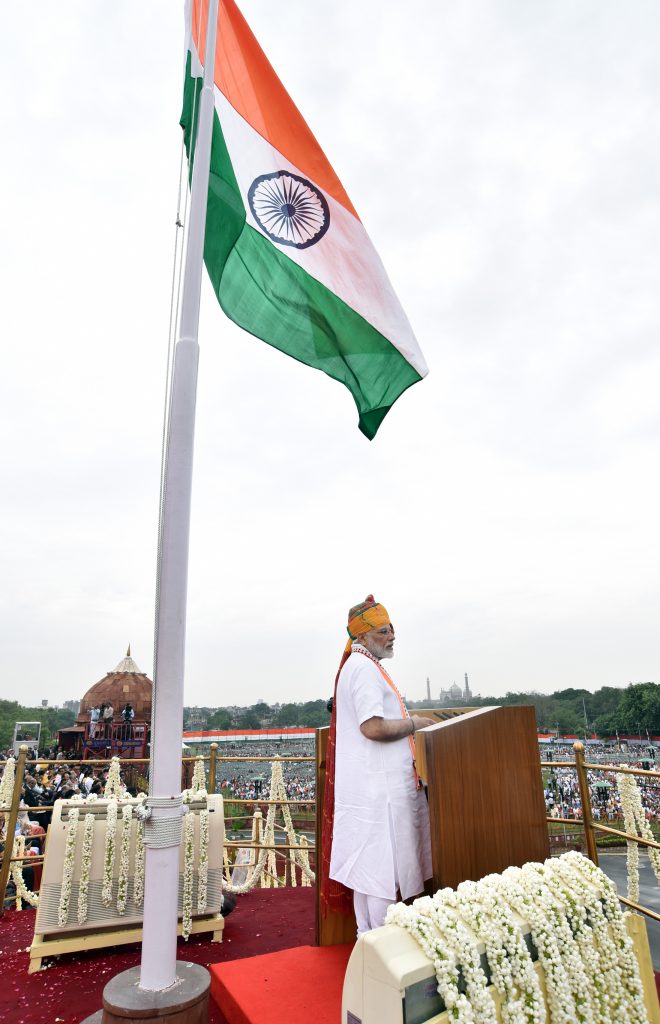 Prime Minister Narendra Modi’s announcement on August 15 that India will have a CDS to head the Army, Navy and Air Force was in his characteristic style of springing surprises, be it demonetization, triple talaq, CDS or the uniform civil code that will likely follow soon. The CDS announcement has sent ripples into scholars, strategists and defence circles. But the maximum commotion is in the IAS lobby; who in a strong-worded statement have conveyed that they would not accept dilution of the appointment of Defence Secretary and IAS would not work under the military. Not many would be aware that HQ Integrated Defence Staff, established in 2004, has two posts of Joint Secretaries – one each from IFS and IAS. But the IAS has never filled up that post till date – such is the arrogance of this class who have held successive governments hostage for decades.

The perception built that the services didn’t want CDS and there was fear of military coup, are both wrong.  Chairing a tri-service meet at HQ IDS on September 8, 2005, Defence Minister Pranab Mukherjee was told by the Chairman COSC & Naval Chief, the Army Chief and the Officiating Air Chief unanimously that not only CDS is essential; he must be given full operational powers over the military in order to make him effective. If any service chief in following years made a statement to the contrary, it was on behest of IAS and looking at post retirement benefits, which government in place could have easily ignored. As to bogey of military coup, successive defence ministers have ruled out any such possibility.  Appointing CDS had to be a political decision, which Prime Minister Narendra Modi has now taken.

Following PM Modi’s announcement of CDS, government has appointed an ‘Implementation Committee’ which is to submit its recommendations by November 2019. Who are the members of this committee and whether they are all IAS (hopefully not) is not known. However, the government should be aware of past machinations of the bureaucrats, which need to be addressed.  The CCS note under which HQ IDS was raised has a mischievous line stating, “As and when a CDS is appointed, he will have equal voting rights as Service Chief, and in case of disagreement by two Service Chiefs, arbitration will be done by MoD”. There are no dissent notes by Army Commanders and equivalent within the Army, Navy and Air Force in sending their recommendations up to HQ IDS / MoD. Then why are such provision for the CDS? Given the IAS propensity of ‘divide and rule’, the obvious aim is to dilute the CDS and retain control?

The basis of raising HQ IDS was for it to be part of MoD. But the IAS lobby succeeded in preventing that; retaining it akin to a separate Service HQ. The efforts by Defence Minister George Fernandes to integrate MoD with HQ IDS became the reason, in conjunction the Congress, for implicating Fernandes in the ‘Coffingate’, knowing he would step down. Our MoD remains unique in the world; manned exclusively by generalist bureaucrats. Besides, MoD managed to remain untouched even when government implemented the plan for lateral induction of joint secretaries in ministries and departments.

Concurrent to announcing CDS, PM Modi spoke of the necessity of military integration. This must include total reorganization of MoD, even though the IAS would vehemently oppose it. Eminent economist-scholar Mohan Guruswamy, Chairman and Founder, Centre for Policy Alternatives, has recommended that CDS must be Principal Military Advisor to government and government’s sole point of communication with military, the three Service Chiefs should report to CDS, Defence Secretary should be Secretary to COSC chaired by CDS, and CDS should be MoS rank. These very sound recommendations, in addition to merger of MoD and HQ IDS merger, merit serious attention by the Prime Minister / PMO, even though the ‘Implementation Committee’  may recommend only cosmetic changes especially if its members are exclusively or predominantly IAS.

The CDS must be Principal Military Advisor to the government.  He must be permanent member of CCS and must have direct access to the Prime Minister, in addition to parallel reporting to the NSA. This is not a reflection on the present Prime Minister Modi-NSA Ajit Doval equation, but necessary due actions of NSAs in the past, examples of which are: one, stonewalling appointment of CDS in concert IAS; two, not forcing merger of MoD and HQ IDS; three, India caught unawares when royal massacre in Nepal occurred despite HQ IDS sending  detailed study to NSA three months in advance how events in Nepal would likely unfold in five phases; four, not entertaining presentations by HQ IDS to two different NSAs how military can help draft National Security Strategy; five, asking Afghanistan wish list for assistance and then arbitrarily cutting 50% without discussion; six, inserting reference of Balochistan in the India-Pakistan  declaration at Sharm-el-Sheikh despite no such mention in the draft forwarded by our High Commission in Islamabad, and; seven, perception building for India to vacate Saltoro Range despite great strategic disadvantage to India. In the latter two instances, NSAs concerned were obviously obliging Islamabad and Beijing.

The NSA heads both the DPC and the SPG, holds cabinet minister rank but is not answerable to Parliament. But the CDS must also have direct access to the Prime Minister for reasons explained above, and because he would be required to execute mandatory revolution in military affairs emanating from the political apex; the Prime Minister. Creation of Integrated Theatre Commands and Integrated Functional Commands plus horizontal and vertical military integration would be natural fallout. Injection of synergy between the Services in doctrinal, planning, procurement and operational matters would require CDS to be given full operational powers, leaving ‘staff’ issues with Service Chiefs, as designations of COAS, CNS and CAS denote. The  CDS should reduce the burden of NSA who should focus more on policies like that for sub-conventional warfare capacity building at the national level rather than getting involved in issues like defence procurements. Our adverse strategic asymmetry vis-à-vis Pakistan and China in sub-conventional capacity should not be brushed aside with ‘surgical strikes’ and ‘Balakot’.

The IAS would love to see the CDS simply replace the rotational Chairman COSC, keeping the MoD untouched.  CDS may report to NSA, Theatre Commands may be formed, but the CDS, with the current CIDS Secretariat, will be an enlarged version of the old Military Wing of Cabinet Secretariat which earlier was under COSC, who in turn was under MoD. The CDS, therefore, will remain a toothless tiger. This will be a damp squib to the jubilation over announcement of CDS, even though media propaganda would showcase it as comprehensive reforms. Why the IAS in MoD has held governments ransom is for reasons like: privy to skeletons and scams; money making (individual, collective and for party funds to finance elections) through imports and governmental defence-industrial complex, and; appropriation of defence land for vote-bank politics. Prime Minister Modi has emphasized many times that his government has had no corruption cases. That being the case, he should be able to fend off the IAS lobby and provide the nation with a CDS that is truly effective, if he wants to. He must also amend the Allocation of Business & Transaction of Business Rules Act 1961 by making the Defence Minister responsible for defence of India, instead of the Defence Secretary; continued British era legacy.