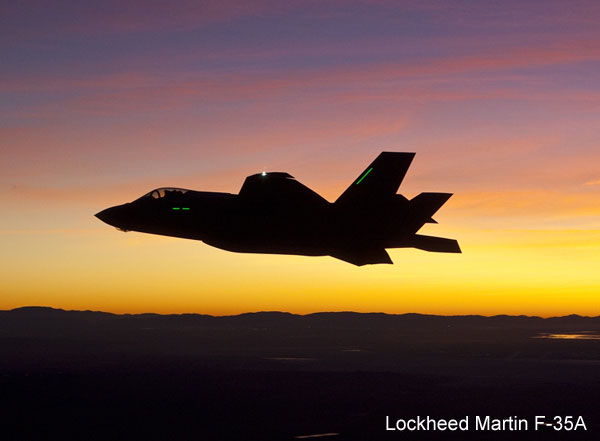 In the fall of 2017, Vice Admiral Mathias Winter, the Programme Executive Officer for the F-35 Joint Strike Fighter Programme, had proposed a new futuristic acquisition strategy for the United States Department of Defence (US DOD) to cope with the requirement of frequent upgrades and updates of the aircraft. Just prior to it, while delivering a keynote speech at a conference in September that year, he had remarked that “The current acquisition strategy has us doing a serial [and] sequential design, develop, integrate, test [and] deliver strategy. I’m not convinced that’s the most efficient and effective way, most importantly, to deliver and continuously deliver capability to our war fighters ….”1

A year later, in October 2018, while awaiting the approval of the proposed acquisition model, Winter observed that “The challenge we have is to ensure that we can continue to deliver capability to our warfighter on an operationally relevant, technically feasible pace, and that pace needs to outpace our adversaries and potential threats on the battlefield.”2

Being an avionic intensive aircraft, the F-353 is likely to require frequent incremental improvements and upgrade of its software as well as hardware due to rapidly advancing technology. To cope with the need, Winter came up with what is described as the new ‘agile approach’ – officially termed as ‘Continuous Capability Development and Delivery’ or C2D2.4 The new acquisition model involves the parallel development of multiple futuristic technologies for the F-35. It accommodates the continuous release of new upgrades in small increments instead of packaging them together with other capabilities (as one big drop), to be released in a longer time frame, a process probably more acceptable to the finance and acquisition office due to ease of business and audit. The model aims at six monthly delivery periodicity – for bunching and releasing software and hardware upgrades/updates.5

It is important to note that the production of F-35 is intended to be in excess of 3000 aircraft against the demands of the US and its programme partner nations. Serial production is being done in blocks as is the prevailing practice in combat aircraft development and production. The initial development of the aircraft against the Qualitative Requirements (QRs), called as Block-3F (which provides full warfighting capability), was completed in June 2018 and is under closure. The ongoing operational test trials too are expected to conclude by the end of 2019.6 C2D2 is thus considered critical for further development of the F-35, to keep the systems updated in line with technological advancements and operational requirements.

C2D2 was supposed to have been adopted by the beginning of 2019. In the initial phase, C2D2 is expected to start with Block–4 modernisation efforts over the next six years.7 However, the transition to C2D2 is already in progress. The May 2019 report of the US Department of the Air Force clearly states that “The F-35 Program is working to transition to C2D2 faster, more flexibly, and more affordably by breaking down and delivering in smaller increments, ultimately reducing our cost of doing business. 8

Though not stated explicitly so far, indications are that the C2D2 model will include regular updates and upgrades of old aircraft also, besides being incorporated at the production level itself in the newer aircraft. This means frequently changing the design goalposts at the production level. In this regard, Vice Admiral Winter had stated that “I’m asking the system to do true model-based systems engineering simultaneously with capabilities-based testing. The same time. With DT [developmental testing] and OT [operational testing happening at the] same time. Real time. Allowing us to be able to truly change the way we contract and cost estimate.”9

However, the six-monthly technology bunching and delivery period is considered very short by the Pentagon, which has raised concerns about certain aspects of the C2D2 model.10 Even with advanced technology and faster development of equipment/systems, the normal periodicity is expected to be a minimum two to three years. Although the full details of C2D2 have not been officially released in the public domain so far, some of the objections raised by the Pentagon are not unfounded. The Pentagon has criticised the C2D2 model mainly on the grounds of likely problems associated with upgrading of the earlier block aircraft; insufficient time for testing and evaluation of upgrades and updates; and short periodicity for the other needed support systems and modules, like logistics module, mission data module, training simulators and others, to be delivered and operationalised in similar timeframes.11

In spite of the criticism, the US Department of the Air Force seems to be going ahead with the implementation of C2D2. According to their May 2019 report: “This agile framework, known as Continuous Capability Development and Delivery (C2D2), provides timely, affordable, incremental warfighting capability improvements to maintain air dominance against evolving threats to the United States and our allies.”12

The continuing transition to C2D2 indicates that it has been accepted to a certain extent. Technologies like artificial intelligence are likely to further help the F-35 operators cope with the requirements of rapid upgradations. If intervals are found to be too short for upgradations, probably suitable changes will be made on a case to case basis. The financial imperatives associated with C2D2, which are also not fully known, are not likely to be very different from the existing models, though the contractual nitty-gritties are likely to see some notable differences.13As and when these get disclosed, the picture would be clearer.

The C2D2 model for the F-35 programme is probably just a beginning. A similar approach would be needed for a vast majority of future military acquisitions by the US. In fact, most of the military systems at the global level are likely to face similar challenges – need for agile and incremental upgrades and updates – as weapon systems and equipment get increasingly technology infused. Probably, defence acquisition in such cases would have to develop similar approaches as well as methods, since all over the world the traditional defence acquisition models are falling behind in terms of capabilities to meet security requirements.

The Indian military is also embracing advanced technology at an increasing pace for capability building. Systems, equipment, weapons and platforms being inducted are increasingly infused and embedded with sophisticated electronics, materials, sensors and software. Within the next decade or so, many more advanced systems acquisitions are likely to take place for capability building against adversaries. The rapid pace of their military modernisation would require India to go for faster capability augmentation.

Capability gap in the face of emerging threats has been a serious issue, as has also been pointed out in the 2019 performance audit report on “Capital Acquisition in Indian Air Force” by the Comptroller and Auditor General (CAG) of India – due to delays in acquisition.14 The systems that India is acquiring or seeks to acquire in future would require frequent upgradation and updation. At times, there may be a need for change in the QRs too, particularly if any better cutting-edge technology emerges during the process of acquisition. Therefore, an agile acquisition mechanism may have to be devised for the Indian armed forces too.

India’s defence acquisition process is notably slow and is unlikely to be able to keep pace with future acquisition requirements. The aforesaid CAG report clearly observes that “Overall the capital acquisition system, as it exists, is unlikely to effectively support the IAF in its operational preparedness and modernisation.”15 The report recommends that “In the process of acquisition, involvement of academic experts, in relevant fields, such as aerospace engineering is advisable in the view of the fact that latest and most complex technologies, evolving rapidly, are being used in almost all defence systems and weapons. It would be impractical to expect that in service officers, doing full time jobs, can keep up with the rapid development to the extent that academicians, devoted to that subject, might.” The report further states, “Ministry needs to revisit the entire process of acquisition, to weed out redundant activities and simplify the process.”16

For such agile acquisitions, probably the entire process from request for information to delivery of product would need to be fundamentally changed, and may also need to be short-circuited or adequate bypasses/waivers incorporated to speed up procurement and acquisitions, so that there is be no lag from the time technology is made available to the time the concomitant capability is acquired.

A key component of any agile acquisition process is the flexibility to replace certain systems of the equipment during acquisition or before a certain system or sub-system of an equipment has completed its deemed life, i.e., as and when a better product evolves with better performing technology. This flexibility is crucial for militaries to maintain asymmetry and other advantages over the adversary. This would also call for suitable adaptation of audit procedures to avoid unnecessary financial obstacles and complications. Concepts like ascertainment of life-cycle costs right at the beginning may not hold good under such an agile acquisition model, and with unpredictability of technology may even be rendered redundant.

The agile acquisition or C2D2 model currently under adoption by the US for its F-35 aircraft is likely to become a necessity for acquisitions in future, as disruptive defence technologies will continue to affect military systems across the world. For the envisaged rapid modernisation of the Indian armed forces, a similar approach would be needed sooner or later. What has not been revealed by the US so far is how the financial mechanisms are coping with the new model. Meanwhile, there is a need for Indian experts from diverse backgrounds to study the C2D2 model, to assess its nuances and adaptations, so that something similar could be evolved for the modernisation of the Indian armed forces.

3.The F-35, christened Lightning-II, is an advanced technology equipped fifth generation stealth combat aircraft produced towards requirements of the US and some partner nations including Japan, Italy, Norway, Turkey, and a few others.

13.C2D2 is expected to cost about US$ 10.8 billion through FY2024. The funding plan would certainly demand some flexibility to accommodate the variances associated with design, development and production. See Jeremiah Gertler, n. 5.