Buffer States a Shield to Protect the Frontiers 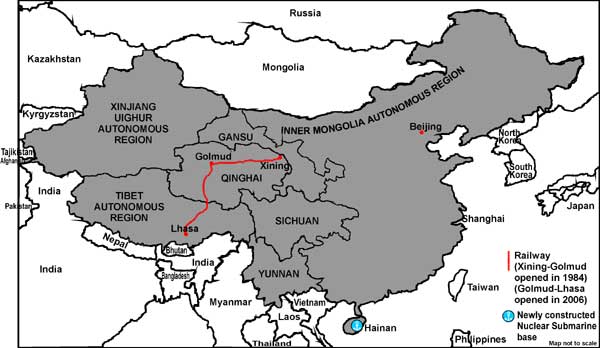 Economic and military rise of China has shown early signs of expansionist mindset. China is clear that war or any conflict is waged and won through a strategy. China has put in place a strategy with an objective to insulate the vulnerable soft underbelly of ‘Tibet Autonomous Region and Xinxiang Province’ by expanding the buffer outwards in the disguise of unfinished unification of China through a rolling strategy. To put this strategy in place, China has employed coercion and economic pull to draw out the buffer states from the sphere of influence of India and extra regional powers. Historically, buffer states have acted as a shield to protect the frontiers of India and denied an exposed flank that could be exploited by an adversary.

This shield cannot be allowed to crumble even if India has to extend greater privileges to neighbouring countries. The question is has India looked at these states as part of overall security construct to deny an exposed flank or using these states from the perspective of regional power politics? In the backdrop of the current political turn of events that has brought back a pro-China government in Nepal, India should look at managing their relations in a manner that Nepal is not pushed further away; that would create a security challenge for India. China’s economic, political and military involvement with Bangladesh, Sri Lanka, Maldives, Myanmar and Nepal will be more pronounced and may alter the political landscape and may lead to subversion of strategic autonomy of these country.

India is facing unpredictable security challenges from traditional and non-traditional threats and if the neighbouring states are diplomatically distanced from India the internal and external security challenges may become even more complex. Chanakya had said, “Neighbouring states are most relevant in foreign policy”. Strategic wisdom suggests that Nepal, Bhutan, Bangladesh, Myanmar, Sri Lanka and Maldives should be part of overall security strategy to mitigate vulnerabilities and deny exposed flanks that could be exploited by state and non-state actors. At this juncture when China is disregarding the territorial integrity of land borders, the focus should not only be military preparedness but also managing regional countries to ensure that these nations continue to act as buffer between India and China.

Nepal is a perfect shield to heartland India and key strategic lines of communication connecting Eastern part of India with the rest of the country. Similarly Bhutan is vital to protect the Eastern flank of the narrow Siliguri corridor that is the only land link with the North Eastern States. Myanmar on the Far East has precluded conventional military threat from China. Similarly Sri Lanka and Maldives have the potential to be part of the maritime shield. If these states are allowed to slip away, India will practically have to defend its frontiers from Arabian Sea to Bay of Bengal along the land and maritime frontiers.

The other important aspect is that if neighbours are not managed favourably, the threat to internal security can manifest in form of terrorism, extremism, radicalization, subversion of population and trans-national crimes. Open borders with Nepal, Bhutan and Myanmar have been exploited by smugglers, militants, terrorists and criminals posing a serious internal security challenge.

Nepal provides the linkage between CPI (Maoists) of India with China and if China uses it as a leverage against India, Left Wing Extremism might get an impetus that would be a dangerous trend. Nepal offers a potential safe haven to LWE cadres and leadership as well as passage for flow of weapons and warlike stores to create instability in heartland India. In the light of the above facts, neighbouring countries become even more important for India since these countries have the potential to create an internal and external security paradox to India.

Winston Churchill had said “price of greatness is responsibility”. When it comes to the issue of national security, India should look at regional countries as privileged partners. India needs to take up the responsibility to ensure this shield is strengthened through political, cultural and economic leverages. The gap between the national security interests and regional power politics has come about because the changing polices in the absence of a National Security Strategy has overlooked the potential of these regional countries to the national security. Geography and strategic space once conceded is difficult to regain.

National Security overrides all other interests and thus regional countries that contribute to protect the frontiers by its geography and historical cultural relations must get a place of prominence in diplomatic relationship, irrespective of size and stature. At this stage India should not meddle in the internal failure of these state and their machinery. There may be merit in accepting that India has overlooked the significance and contribution of these buffer states in securing the frontiers, correct its misconception and move forward towards strengthening relations and national security.

Prof Hans Morgenthau, in his path breaking book ‘Politics Among Nations’ stated that ‘The minimum requirement of nation states is to protect their physical and cultural identity against encroachments by other nation states’. In the light of this statement, the supreme duty of the state is to maintain itself as geographic and political entity. If there is a threat to its territorial integrity than all other interest become subordinate to national security irrespective of the political and economic costs.

Time has come when India needs to take a relook at the trajectory of its relationship with neighbouring countries. The focal point of India’s diplomatic and bilateral relations with the buffer states should be guided based on the security significance and not other considerations. In the light of the above facts, India cannot afford to allow neutral and favorable borders to become hostile through proxies or direct intervention by China through the buffer states.

What does India need to do to ensure the buffer is strengthened and incorporated in its overall security strategy?

First and foremost, a net assessment of the cost benefit of development of relationship with the buffer states and regional neighbours is essential. If these nation(s) contribute and enhance the national security, the state(s), irrespective of their rational or irrational behaviour need(s) to be integrated within the overall security strategy and managed appropriately.

Third, when it comes to the issue of benevolence and cooperation, India must look at the key buffer states almost with the same compassion as it looks at its own border states so as to remove apprehensions and misconceptions.

Four, Doklam has highlighted the fact that Nepal, Bhutan and Myanmar are key to India’s defence preparedness against China, because the geographical disposition of these countries divide the Chinese application of force against India.

Five, India must also be conscious of not only its own interests but also that of the neighbouring countries.

In the overall interest of the national security, India’s relations with the regional countries should be guided by security imperatives and not on the basis of geopolitics. India needs buffer sates as much as they need India as a social, economic and security partner.

2 thoughts on “Buffer States a Shield to Protect the Frontiers”