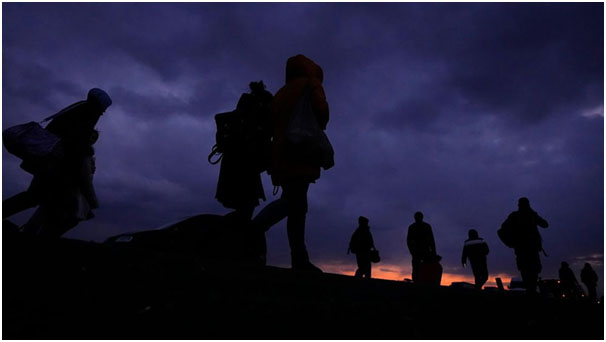 Some Notes on the law of the “National Residence Organization Plan” of the Islamic Republic of Iran for immigrants in Iran.

This plan is prepared and operational under the name of the “National Residence Organization Plan” to organize foreign immigrants. While there is a difference between residency and immigration in national and international law. In addition, migration is one of Muslims’ values and religious concepts, and even the calendar of Islamic countries has been created based on that concept. Therefore, it was deserved that more emphasis was placed on the value and Quranic concept of emigration and migration than the word of residence. In addition, the Islamic Republic of Iran also has about five million immigrants outside Iran, and this law could cover both foreign immigrants in Iran and Iranian immigrant citizens outside Iran.

In this planning, the creation of organizations and institutions is foreseen, which is a sign of the attention and importance given by the legislators and policymakers of the Islamic Republic of Iran to the issue and phenomenon of immigration and residence of foreign citizens in Iran.

The Commission for Organizing of Foreign Nationals

This commission is established in the organization in line with the duties assigned in this law. Its members include the head of the National Immigration Organization, representatives of the Ministry of Information, the General Police Command, the Revolutionary Guards, the Ministry of Cooperation, and the Ministry of Foreign Affairs.

As it is obvious, the interference of duty and work in the stage of application and operationalization of the content and materials of the plan of the National Organization for Residency of Immigrants is clearly seen in these three institutions.

This law is very crowded and sloppy in terms of form and content. It is as if a group of students in the first semester of the law Faculty has prepared a list of laws. In terms of appearance, it is very long and tedious. Although it is at most 42 articles, it is as long and detailed as 140 articles because some articles of this law contain several pieces and several other notes in such a way that such articles are considered a medium or short law.

In terms of content, some materials and content are inconsistent, intersecting, incomplete, incomprehensible, and in conflict with some national laws of the Islamic Republic of Iran, such as the Civil Service Law, the Citizenship Law, the purchase of immovable property and the sixth development plan of Iran, etc.

One of the consequences of immigration and residence of foreign citizens in Iran is the Sharia (but illegal) marriage of Iranian women with foreign citizens and their births. Statistics show that 150,000 Iranian women have married foreign citizens, and the number of children born from these marriages is about 500,000 boys and girls, many of whom are without official citizenship. The activities of Iranian civil society and non-governmental organizations had started since the presidency of Seyyed Mohammad Khatami in the Islamic Republic of Iran to arrange the citizenship of children of Iranian mothers and those without citizenship. Finally, in 2010, the citizenship of the aforementioned people was approved by the Islamic Council of Iran. Since the implementation of this law, 14,000 children of Iranian mothers have been able to obtain citizenship. The current “plan of the National Organization for Residency of Immigrants” cancels this law and turns it into temporary citizenship! It will probably create a “new concept” in civil and private international law.

It is hoped that the commissions of the Islamic Council are related to the affairs of foreign citizens and foreign nationals! Examine the “National Residency Organization Plan” with the opportunity, patience, and unsuccessful experiences of the past in expelling and deporting immigrants (which are saying about 27 million Immigrants have been deported from Iran over the past years!). Or consider their unplanned and unaccountable stay so that the immigrants are considered as economic, social, and cultural opportunities for the Islamic Republic, and also the immigrants, especially the homeless Afghan immigrants in the new era, in Iran Have peace and mental security.

Mohammad Asif Javadi is an Author, Poet, and Analyst of Political Issues. He was born in 1967 and Graduated with Political Science. Mr. Javadi Writes Articles and Analyses about Politics, Culture, Geopolitics, and Migration Issues.

Asadullah Jafari “Pezhman” is a Translator, Columnist, and a Former Member of the Afghan National Army. He Mostly Writing and Translating on Afghanistan and the Middle East Issues.