Increased tension along the Line of Control (LOC), particularly in the wake of reported Pakistan-sponsored terrorist attack at Uri and Indian surgical strike in response, has left its mark on India-Pakistan bilateral trade which has reached a crisis point with Pakistan, according to media reports, suspending the import of cotton and some other agricultural commodities from India.

As Pakistan has a fast expanding consumer market, low volume of bilateral trade is going to hurt India more than it can inconvenience Pakistan’s economic interests.

There may be some reasons behind the argument proffered by a section of economic experts that India-Pakistan trade relations have shown so little growth over the years that the present spurt in hostilities will not subtract anything from the total quantum of bilateral trade volume. This may be true about the formal trade structure but unofficial trade between the two countries has registered phenomenal growth in the last decade proving the point that a policy of increased give and take between the peoples of the two countries might come in handy towards reducing mutual tensions.

So the balance of trade is tilted in favour of India and New Delhi would have to incur heavy financial loss if the current belligerent situation is allowed to continue. It is better to admit that Indian policy-makers have not been able to become sagacious as there is a perceptible tendency among them to write Pakistan off as a trade partner in spite of the fact that consumer spending in Pakistan has increased by 7 percent this year. In 2015, it had grown by 3.2 percent indicating a steady upward graph of consumption level.

Then why has New Delhi restricted its export markets in the European Union (EU) countries, the United States, Africa and South-East Asia when balanced economic relations with Pakistan might have helped in reducing mutual tensions.

In 2015-16, India’s total merchandise trade was around $641 billion. In it, Pakistan’s share was less than 0.5 percent. Howsoever favourable position India may enjoy in bilateral trade, Indian exports to Pakistan are minuscule — only 0.83 percent of its total outward shipments. 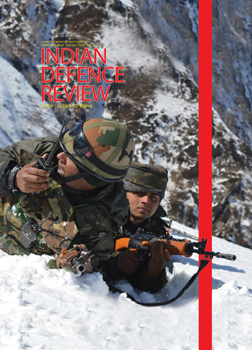 So there is scope for increased earning and better mutual understanding through enhanced trade. Pakistani spinners are the largest importers of Indian cotton — amounting to almost $822 million a year. This year there is scope for further increase as Pakistani cotton yield has suffered a nearly 15 percent slump. If India does not show initiative and keep an eye on the visible trend of increase in its cotton prices, then Pakistan may look towards Brazil, the US and African countries for supply of cotton.

Unfortunately, nearly 80 percent of India-Pakistan trade is carried out in either primary or intermediary products. Moreover, both tariff and non-tariff barriers are more stringent in India than in Pakistan. So far as imports from India are concerned, Pakistan imposes less import weighted average tariff rates than what India charges on Pakistani imports.

There is scope for qualitative improvement in India-Pakistan trade. The need of the hour is phasing out of primary products from trade lists and ushering in of a level playing field for both Pakistan and India.