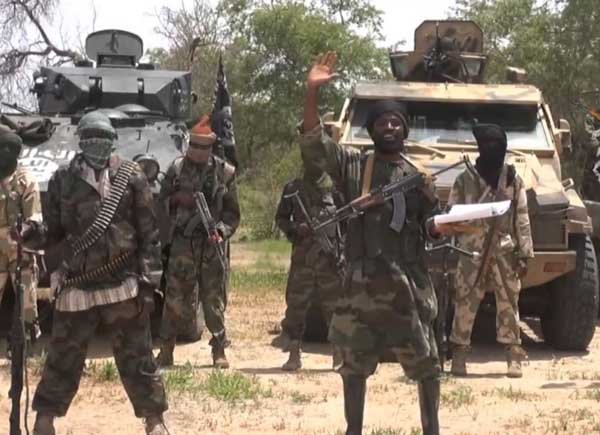 Boko Haram is an Islamists militant group located in the Northern region of Nigeria. The name “Boko Haram” in regional Nigerian dialect means “Western Education is forbidden” which clearly explains their ideology towards the Western society.

Boko Haram was founded in the early 2002 with an objective of making Nigeria into an Islamic State. With increasing insurgency and mass execution, the US State Department officially designated Boko Haram as a militant group after September 2013 attack in Gombe that killed over dozens.

They have strong relations with Al Qaeda and have organizational and structural similarities. At times Al Qaeda used Boko Haram to carry out its attacks in the neighbouring nations like Cameroon.

Right from their establishment, they are responsible for numerous insurgencies and civilian casualties throughout Nigeria. From targeting local population to kidnapping, assassinations, illegal arms trafficking, to executions and mass killing, they are responsible for every innocent lives lost. These “bloodthirsty” actions clearly indicate their agenda, “to destabilize the Nigerian government and eliminate whatever comes in its way”.

They have strong relations with Al Qaeda and have organizational and structural similarities. At times Al Qaeda used Boko Haram to carry out its attacks in the neighbouring nations like Cameroon. However there are no intelligence reports that show Al Qaeda as their financial firm however speculations have been made. Boko Haram’s primary sources for funds are the means through criminal activities such as blackmail, ransoms, bank heists and robberies. It is a militant group that targets everything and anything, from markets to entire villages, police stations, governmental buildings worship places (churches and mosques) even prisons.

Almost 2/3rd of Nigeria is struggling under Sharia Law.  The formation of Boko Haram came into existence right after the Sectarian Violence that occurred in the 1990’s. Undoubtedly the vast size of Nigeria has given the current government a tough challenge in governance however the northern part of Nigeria hosts the entire Muslim community which has in the previous year’s suffered due to frequent change in the government at the centre. Experts still blame this as a major cause in the formation of Boko Haram.

It is a militant group that targets everything and anything, from markets to entire villages, police stations, governmental buildings worship places (churches and mosques) even prisons.

Although the Organization aims to establish Nigeria as an Islamic State but in their nascent years their operations and ideologies were non violent. With respect to their chosen name they opened up schools and established mosques in the northern region of Nigeria, mostly in the state of Borno. They were strictly against the Western culture and apposed anything that had even the slightest western resemblance such as elections, clothing, culture and education. The then government of Borno suspended all the activities performed under this group followed by arrest warrants on its leaders. Thus anger by the incidents, these schools later turned into recruiting centres and training grounds of terror.

Boko Haram started their militant wing in the beginning of 2009. In the mid of the same year Nigerian government became suspicious of its activities and looked towards the international organizations for help. In the late 2010 intelligence agencies confirmed the rise of military order within Boko Haram. The report submitted by US to the United Nations Security Council, mandate of 10th November 2010 showed high rise in illegal arms trading and trafficking in the region. Not long after their formation splutter firing among the regions of Kano and Abuja took everybody’s attention. During these clashes Boko Haram lost one of its founders. This became the point of no return. Boko Haram sent a video to the government stating “vengeance upon the Christian communities and anyone who aids the government”. Shortly after this video, three shooters rocked the city of Abuja, taking the lives of 10 civilians and injuring dozens. Looking at the timeline of 2009 – 2012, several clashes took place between Boko Haram and the Nigerian armed forces; hundreds have been killed and injured.

To stop this growing insurgency within the nation, President Goodluck Jonathan declared a nationwide emergency and an all out military offense against the rebels. However these offenses did stop Boko Haram but only for a while. Their leader Abu Bakar Shekau managed to flee from the fighting zone and launched a number of propaganda attacks on the government. Shortly after the military offence, Shekau released a number of videos of dead Nigerian soldiers and asking for funds from Islamists group in Iraq, Pakistan and Afghanistan.

It is undoubtedly correct that Boko Haram has been associated with a number of terrorist groups. It is a responsibility for every nation in the world to combat this issue, not for the sake of owns safety but for the lives of people living in Nigeria

Boko Haram is responsible for dozens of attacks killing hundreds not thousands within the first 6 months of 2014 alone but one of these attacks brought Boko Haram into international spotlight, the kidnapping of approximately 200 to 300 girls form a high school in Chibok, Nigeria. The exact number of girls remains unconfirmed as different sources provide different, more contradicting fact, however the number lies between the range.

Few of the girls did manage to escape from their captivity but there are still 200 girls captive under Boko Haram. Even after incident Boko Haram has not stopped and kidnapped probably more since then.

The girls residing primarily in the Christian village of Chibok have been forcibly converted to Islam.  These Women are then sold as brides to Boko Haram soldiers.   Reportedly in a video message to the government, Boko Haram leader Shekau has openly said “slavery is allowed in this religion” and “girls at the age of 9 are allowed for marriage”.  These tragic incidents brought worldwide condemnation and public attention towards the “#BringBackOurGirls” Twitter Campaign.

Many nations such as Canada, France, China, Israel, the UK and the US offered unconditional support to the Nigerian government but there were nations such as South Africa and Spain who questioned the military’s ability and competence. The US has been providing intelligence and logistics support for a long time, while UK has been assisting financially. The United Nations Security Council has deployed a team of observers including the human rights watch team and Security Assessment team.

It is undoubtedly correct that Boko Haram has been associated with a number of terrorist groups. It is a responsibility for every nation in the world to combat this issue, not for the sake of owns safety but for the lives of people living in Nigeria, its neighbours and the countries that are under threat of Boko Haram allies. However it is highly likely that a nation would intervene in an issue like this directly, instead providing support through arms and supplies.