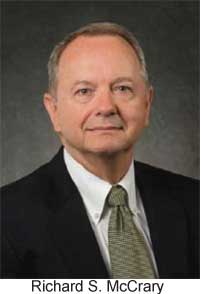 Block II offered to India is the latest version of the Super Hornet which first flew in 2005 and was operational by the US Navy in 2006. The Super Hornet is 25% larger than the Classic version and yet has 40% fewer parts due to advanced manufacturing techniques. These were developed through joint strike technology (JST), which provides technology for the F-35 and F/A-18 Super Hornet.

The Block II incorporates advanced technologies and capabilities and receives upgrades that will keep it relevant against current and future threats. This includes improvements to the capabilities of the AESA radar, overall avionics, electronic counter measure systems (IDEM), weapons, and a suite of sensors including integrated Advanced Tactical Forward Looking Infrared (ATFLIR) for exceptional air-to-ground performance, and a Joint Helmet Mounted Cueing System (JHMCS) for enhanced aircrew situational awareness and combat lethality.

We have provided a fully compliant proposal including the proven AESA radar. APG-79 active electronically scanned array (AESA) radar is one of the Super Hornet’s critical key discriminators. It expands the Super Hornet’s lethality to beyond the range of weapons or platforms that might be a threat against it. It can identify and effectively defend against stealthy cruise missiles at ranges and speeds hitherto considered impossible.

Over the past several years, we have seen many bilateral agreements that have been reached between the two countries and we hope to see this momentum continue.

In the recent past, Boeing has signed a $1 billion outsourcing contract with HAL for the manufacture of military hardware which includes components for F/A 18 aircraft. Is this a trial run in anticipation of the MMRCA contract or other future deals?

Boeing has been in India for 60 years and we are committed to a long-term partnership with the country. We will continue to engage with the aerospace and defense industry to help India achieve its self reliance goals. Our partnerships with companies like HAL, BEL and others are a testament to that.

Boeing signed a $1 billion MoU with HAL in 2007 and we are working very closely to place purchase contracts for various work packages including the Super Hornet Gun Bay Door and Wire Harnesses and P-8I Weapon Bay Doors. Boeing and HAL are also collaborating together on work packages as Boeing implements its P-8I (LRMRASW) program for the Indian Navy. Together, these projects represent a critical mass of work that correlates to the commitments made by Boeing in the December 2007 MOU between the two companies. In addition to this, HAL continues to supply Main Landing Gear Uplock Boxes for the 777, and has recently received a contract to provide flaperons for the 777. Boeing has provided Lean Manufacturing training to HAL and has also provided training programs on Program Management Best Practices.

With Bharat Electronics Limited (BEL) we have established a modeling and simulation center to help customers explore and understand the implications of proposed systems and architectures in a real-time and interaction environment and make better-informed decisions. BEL is also doing work under subcontract to Boeing for the P8I program. Earlier this year, BEL delivered for the P-8I the Data Link II, a communications system that will enable the exchange of tactical data and messages between Indian Navy aircraft, ships and land bases. Boeing will install the system during P-8I final assembly at its facility in Renton, Wash.

How do you assess your chances of bagging the MMRCA deal with the F/A 18 Super Hornet aircraft? Which aircraft among the other five contenders is likely to provide stiff competition to the F/A 18?

Boeing faces competition in this race but feels very confident in the formidable capabilities of the F/A-18IN Super Hornet and what they will bring to strengthen both the Indian Air Force and India’s defense aerospace sector. Boeing has a 60-year long aviation legacy in India and is committed to the creation of a world class advanced production system for India’s future combat aircraft which could and provide the basis for significant export potential as well.