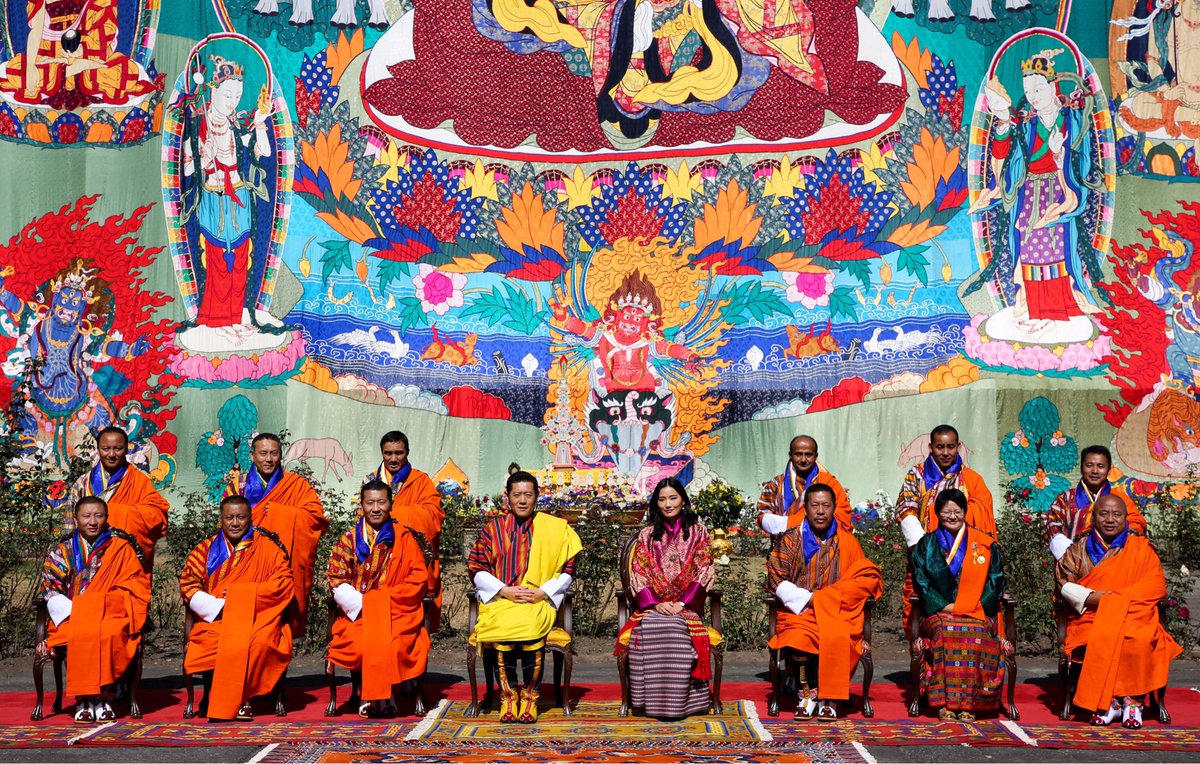 Bhutan and China signed a Memorandum of Understanding (MoU) on October 14 for a ‘Three-Step Roadmap for Expediting the Bhutan-China Boundary Negotiations’ in a virtual signing ceremony between Bhutan’s Foreign Minister Tandi Dorji and China’s Assistant Minister of Foreign Affairs Wu Jianghao.

A press release from the Royal Bhutan Government said that since the boundary negotiations between Bhutan and China began in 1984, 24 rounds of Boundary Talks and 10 meetings at Expert Group level have been held; guided by the 1988 Joint Commission on the Guiding Principles for Settlement of the Boundary and the 1988 Agreement on Maintenance of Peace, Tranquility and status quo in the Bhutan-China Border Areas. The press statement further states that during the 10th Expert Group Meeting (EGM) in April this year, both sides agreed on a Three-Step Roadmap that will provide fresh impetus to the Boundary Talks.

The Ministry of External Affairs’ spokesperson, Arindam Bagchi, in a media briefing said. “We have noted the signing of the Memorandum of Understanding (MoU) between Bhutan and China today. You are aware that Bhutan and China have been holding boundary negotiations since 1984. India has similarly been holding boundary negotiations with China.” Bagchi did not respond to questions on whether Bhutan had informed India about the decision, whether New Delhi considered this a major development and if it was concerned that the boundary agreement could result in China controlling Doklam; indirectly implying Bhutan did not.

The Bhutan-China EGM meeting in April 2021 is on record. However, signing of the above MoU six months after the EGM on October 14 needs to be viewed in   context of the following:

• The 13th Corp Commander level India-China talks in Eastern Ladakh held on October 10were inconclusive to put it mildly.
• More importantly, on October 11, statement of PLA’s Western Theatre Command (WTC) spokesperson among other things said the following: “the Indian side still persisted in its unreasonable and unrealistic demands, and; China is firm in its resolve to safeguard national sovereignty.” This is an indication that PLA will not withdraw from the new positions they presently occupy even if more rounds of talks are held. These should, however, be seen as the usual pressure tactics of the Chinese.
• Simultaneously, China published video of Indian soldiers captured during the Galwan clash on the night of June 15-16 last year. India too had captured PLA prisoners that night including a PLA Lieutenant Colonel and the prisoner swap took place subsequently. Why India does not publish photos/videos of PLA personnel captured during the Galwan clash, as also the 200-300 PLA personnel detained and released recently in Arunachal Pradesh is best known to the national hierarchy.

The WTC message of China being firm in its resolve to safeguard national sovereignty needs to be taken seriously since it obviously includes all illegal territorial claims of China. These claims, though far-fetched in today’s context, are linked to Mao Zedong’s statement, “Tibet is the palm of China and Ladakh, Nepal, Sikkim, Bhutan and NEFA (now Arunachal Pradesh) are its fingers.”

A month after the India-China standoff at DoklamPlateau in Bhutan was resolved in 2017 the PLA recommenced its construction activities in the region, incrementally encroaching on the DoklamPlateau itself, which was not covered in Bhutanese and Indian media. In November 2018, satellite imagery indicated China had built a village named ‘Pangda’ within the eastern portion of the Doklam Plateau. This was confirmed by China’s state-sponsored media. The imagery also showed a nine kilometer road inside Bhutanese territory stretching along the bank of Torsa River extending south from the border between China and Bhutan.

In 2019, satellite imagery in the media showed another Chinese village ‘Gyalaphug’ constructed two kilometers inside Bhutan with a new road leading to it; about nine kilometers from the India-China standoff in the Doklam Plateau. An Indian publication mentioned Shen Shiwei, producer with China’s CGTN News, posting images of the village established in what he said was the Doklam area and later indicated the precise location of the settlement. The report also revealed that other areas of Western Bhutan have also been gradually encroached by China to secure access to the border with India.

Beijing has been working on populating its borders with India and Bhutan with ethnic Han Chinese, as also PLA disguised as civilians. There would also be locals ‘Sinicized’ or brainwashed by CCPs ideology. The PLA members would be specifically tasked to develop cross-border contacts to find routes and avenues for future operations and deep reconnaissance. With no civil administration in these areas and poor communications, there have been numerous instances in the past of Chinese civilians-cum-PLA offering rations and money to villagers across the border and also encouraging cross-border marriages, which China has practiced along its borders with Pakistan and Myanmar also. Is it that all the bluster by the PLA is to cover up its inherent weakness at the tactical level?

The 10th EGM between Bhutan and China in April 2021 was held after China made fresh illegal claims to Bhutan’s 605 sq km Sakteng Wildlife Sanctuary in 2020. The route to this sanctuary is from the south via India, which means that China plans to open a route to it from the north or through the east from Arunachal Pradesh. China’s illegal claims on Doklam Plateau are for strategic reasons because it: dominates the Chumbi Valley; can threaten and turn the Indian defences in Sikkim, and; provides launch pad to progress operations into the Siliguri Corridor.

More than a decade before the 2017 DoklamStandoff, PLA troops had started making forays into the Doklam Plateau; threatening Royal Bhutan Guards (RBA) personnel by telling them that they sitting on Chinese land and should get out. These incidents were mostly not reported by Bhutanese or Indian media. Simultaneously, China offered to Bhutan a barter that if Bhutan surrendered Doklam Plateau to China, China would give up equal territorial claims in north-central Bhutan. .

The question is what happens now? The downturn in the Chinese economy, the 20thCongress of the CCP scheduled next year and the US wanting to revive economic ties with China appear to have lured Chinese President Xi Jinpinginto action. In the case of India, why should Xi soften when despite the Chinese aggression in Eastern Ladakh the India-China bilateral trade stood at US$90.37 billion by end Sep 2021, an increase of 49.3 percent Year on Year (YOY) according to the just released nine months data? This despite all the hype of shunning Chinese goods and apps – even Tik Tok is back with double the vigour.

With the continuing India-China standoff from Ladakh to the east including Arunachal Pradesh, whether China plans another military showdown in Bhutan is not known but Beijing will certainly exert all types of pressures on Bhutan; economic (investment and trade), diplomatic andpsychological to draw Bhutan into its BRI initiative and into its strategic sphere akin to what it has done in Nepal. China’s infrastructure development, especially roads and railway construction is well acknowledged which actually are planned in sync with its strategic aims, and as such are good quality and completed speedily.

Compared to the above roads and railways construction in India over the decades has largely been linked to population in areas/regions being connected and proportion of representation in Parliament, not centred on defence. This has changed somewhat in recent times but we have a long way to go. The policy to link villages dictates roads to be developed to only those border villages who have a population of at least 100, which is not the case in many cases.

In Bhutan, the Indian Railway only goes up to Phuentsholing on the India-Bhutan border. Whether we ever thought of extending it to Thimpu along the road alignment is not known but China can be counted upon to link Thimpu with China both by road and rail through Tibet in coming years.

Finally, it is not just the “long haul” along the border with China that we should be prepared for. Our policy makers must deeply analyze China’s clear message of its resolve to safeguard national sovereignty and most importantly how that resolve will be executed, which will unlikely be a push across the land borders alone.

One thought on “Bhutan – Will China Have Its Way?”