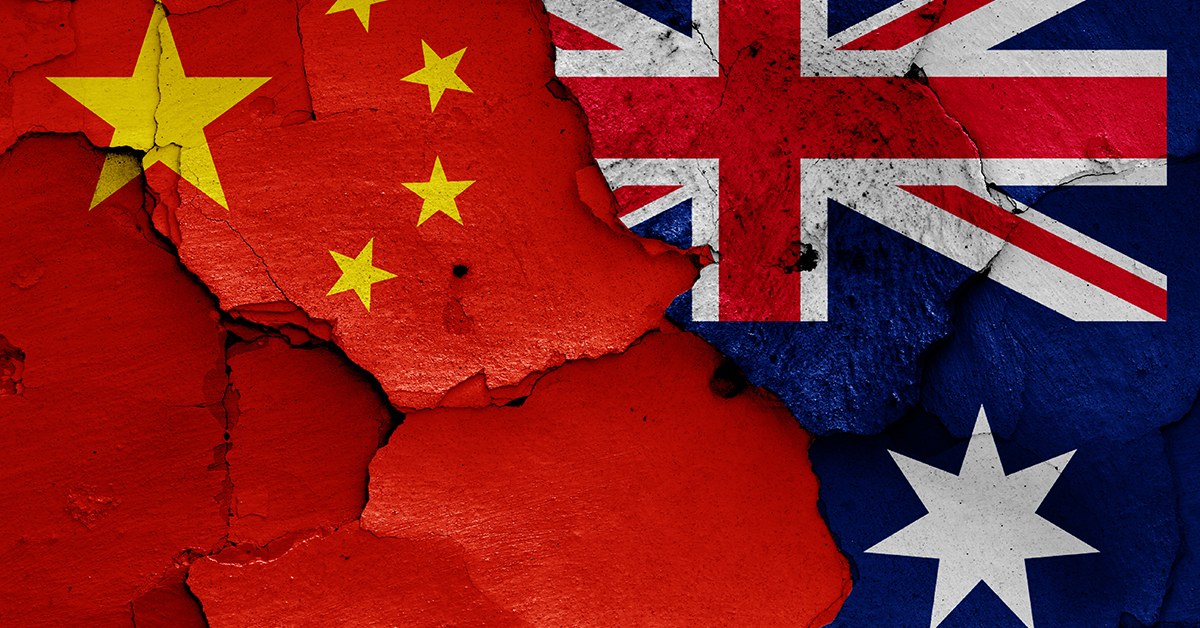 Australia is China’s sixth largest trading partner; it is China’s fifth biggest supplier of imports and its tenth biggest customer for exports. Twenty-five per cent of Australia’s manufactured imports come from China; 13 per cent of its exports are thermal coal to China. However, relations between the Australia and China began to deteriorate in 2018 due to growing concerns of Chinese political influence in various sectors of Australian society including the Government, universities and media as well as China’s stance on the South China Sea dispute.

In order to restore bilateral relations the Chinese Ministry of Foreign Affairs has brought forward four ‘demands’ for the Australian government to follow. This is bait to the new Labour government to win over Australia as the former Morrison government created misunderstanding between the two countries resulting in the deterioration of the relations. This is the first step Beijing has taken to improve bilateral relations between the two countries.

The Foreign Minister of Australia Penny Wong met the Chinese counterpart Wang Yi on July 8 on the sidelines of the G20 Foreign Ministers’ Meeting in Bali, Indonesia.This was the first high-level meeting between Australia and China in three years. Relations have been on a downward spiral after Beijing launched a trade war against Australian exporters in response to calls from former Prime Minister Scott Morrison for an independent investigation into the origins of COVID-19. Wong said she welcomed the discussion, which was focused on issues of “prosperity, security, and stability of the region.”

“We spoke frankly and listened carefully to each other’s priorities and concerns,” she said. “I raised Australia’s concerns about a range of bilateral, regional, trade and consular issues. We have our differences, but it is in both countries’ interests for the relationship to be stabilised.” Frequent dialogues and honesty of purpose can reduce differences between the two countries.

The new left Labour government has walked an extra mile to try to differentiate its foreign policy from its predecessor. Serious differences still exist which are difficult and need to narrow down because of Chinese ambiguous foreign policies. One point of difference has been the government’s more open support for climate change action; the other is its emphasis on “listening” to the concerns of other nations. China’s worry is that Australia is toeing the line of the US regarding trade and defence issues.

Meanwhile, Beijing responded to the meeting saying that Wong had no intention to “exaggerate the differences between the two sides,” nor would it attempt to “contain China.” Further, Chinese Foreign Minister Wang Yi claimed the “root cause” of difficulties in bilateral ties over the past few years was the Morrison government treating Beijing as a supposed rival or threat, according to a statement on the Chinese Foreign Ministry website.He hoped Australia could “seize the current opportunity” to improve relations and outlined four actions it needed to take:

The list comes on top of an earlier document of “14 grievances” leaked to Australian media outlets from the Chinese Embassy in Canberra that contained specific demands such as overturning the 5G bans on Huawei, and repealing the country’s foreign interference laws.

However, the Chinese Communist Party’s (CCP) charm offensive will gain little traction in Australia, according to Michael Shoebridge, defence director at the Australian Strategic Policy Institute.

“Beijing is clearly trying to throw the previous government under the bus and blame it for the relationship. But the new government is quite clear eyed and saying, ‘Well, actually, it’s the structural behaviour of the Chinese government and its institutions [that’s the problem]”. Shoebridge said the CCP was also trying to leverage the Labour government’s attempt to differentiate itself from the previous government. “They’re hoping that can be a bit of a political wedge.” Lincoln Parker, chair of the Liberal Party’s Defence and National Security Policy Branch, said Australia should issue its own list of demands in response.

At the top of the list would be firstly, release all Australian political prisoners secondly, withdraw from the Solomon Islands and stop meddling in the Pacific Island countries, thirdly, drop all illegal tariffs on goods and services fourthly, stop massive technology theft, spying, and coercion, fifthly, stop slave labour using the Uyghur’s, reparations for COVID-19, and sixthly, recognise Taiwan’s sovereignty. These demands of both the sides are very difficult to accept for both the countries but could be narrowed down if both are interested to maintain healthy relationship.

Pat Conroy, Labor’s minister for international development and the Pacific, said the government would still pursue key issues of national interest with Beijing.“There are significant issues that we need to resolve such as the trade blockage, the detention of several Australian citizens and we’re working hard on that,” he told on July 11. “But this is a process that will take a long time, and we’re committed to that dialogue, but our national interest has not changed.”

While the opposition’s David Little proud, leader of the Nationals Party defended the previous government’s handling of Beijing, calling the list of demands “propaganda.” “We’re happy to have dialogue, but it’s not giving demands, that’s not how you throw your weight around the international community,” he said. “This should be about having open dialogue, respectful dialogue, respecting one another’s sovereignty.”

The bilateral relations between Australia-China can certainly be improved if China is honest in its approach towards deficit trade issues, climate change, and stop interference in the Pacific Islands with the aim of establishing an army base. This issue could also be raised by Australia at a meeting of QUAD countries (US, Australia, Japan and India) to strengthen its point for further support.