Before Balochi Insurgents, Imran Khan Needs to Talk to Army 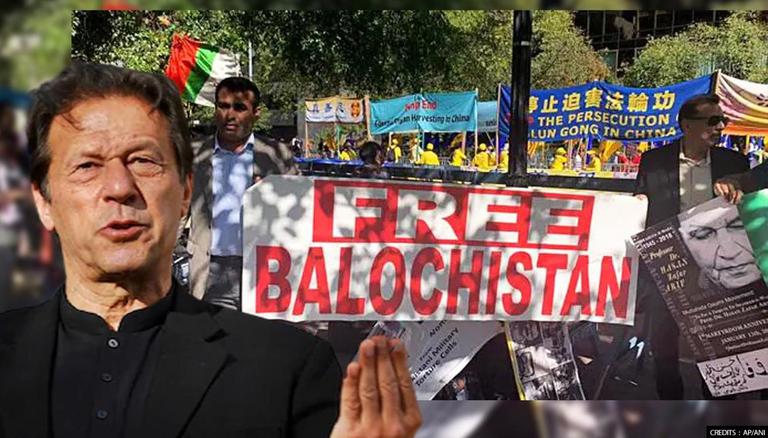 It’s no secret that Pakistan army has been brutalising and terrorising the people of Balochistan ever since it illegally occupied this region in 1948.Those who think otherwise,just need to google search “kill and dump policy” and perusal of the top 20 results have one thing in common-they all pertain to Pakistan army’s vicious role in Balochistan due to which Rawalpindi owns exclusive copyright of this terrifying phrase. Hence, Prime Minister Imran Khan’s willingness to talk with Baloch insurgents is indeed a welcome step that was long overdue.

Besides achieving political stability and substantial economic advantages that would accrue if dialogue resolves this long festering issue, the biggest takeaway would be the end of a humongous human tragedy of gargantuan proportions. An amicable settlement would also pave way for the oppressed Balochis to start re-living a dignified life without the ever-looming fear of being ‘snatched’ by Pakistani security forces and ending up as battered corpses dumped by the roadside or secretly buried in mass graves. It will hopefully also end exploitation of the region’s natural resources and recompense locals by using part of the income from such commercial activity for development of Balochistan.

However, resolving Balochistan won’t be an easy task because for this,Khan would need to muster courage to accept the reality that over the years, Pakistan army’s medieval-era strategy of suppressing dissent with brute force has deeply lacerated Balochi psyche and is the root cause of the problem.His surreal comment that “It is possible that they [Balochis] have grievances,”smacks of casualness and as such it doesn’t inspire much confidence.Moreover, by adding that “India [can] use them [Baloch insurgents] to spread anarchy,”Khan has given a clear indication that just like his predecessors, he too will take the convenient option of remaining in a blissful state of denial by blaming New Delhi for this more than seven-decade old crisis.

With Pakistan army enforcing strict access control into Balochistan and Islamabad imposing stringent censorship on reporting incidents of human rights excesses by security forces and intelligence agencies, the world remains largely ignorant regarding institutionalised dehumanisation of Balochis by Pakistan army and its proxies. However, credible information of incidents involving gross human rights violations keep leaking out and are reported by various international rights organisations. However, despite documented evidence of human rights abuses by Pakistan’s security forces in Balochistan, the world unfortunately turns a Nelson’s eye to these brazen crimes against humanity.

Whereas there’s no dearth of incidents of enforced disappearance in Balochistan, but just one example is enough to illustrate how Rawalpindi has not only mastered the macabre art of forcibly disappearing Balochis and secretly burying them into mass graves, but also its expertise in sabotaging investigation. Most importantly, it reveals how Rawalpindi ‘fixes’ judicial inquires so that security forces get a ‘clean-chit’. This illustrative example is regarding an incident that happened in Khuzdar district seven years ago.

Some geography enthusiasts may recall that Khuzdar district takes its name from a township which is the third-largest city of Balochistan. A few history buffs may also recollect that Khuzdar was capital of the erstwhile Brahui kingdom of Makran. Since Brahui are the only Dravidian-speaking population not only in Balochistan but entire Pakistan, so, Khuzdar may also evince interest of ethnologists. However, very few would recollect that in 2014, three mass graves were discovered in the Totak area of Khuzdar district.

In its official statement [Document ID- AHRC-STM-023-2014], Asian Human Rights Commission [AHRC] confirmed that a total 103 human remains had been found buried in these graves.The report goes on to reveal that “Pakistani military forces stopped the local people from unearthing the mass graves and took control of the area. Now, no one is allowed access to the location except military personnel.”While the army’s decision to stop locals from digging up these mass graves may be to preserve forensic evidence and is thus understandable, why were rights organisations and independent media persons denied access to this site is beyond comprehension- unless the army did so to conceal something from the public.

Locals said that 169 corpses had been found in the Totak mass graves but due to strict access control, there was no way any impartial agency could verify this claim. So much so, that even though Human Rights Commission of Pakistan [HRCP],is an autonomous body mandated to investigate incidents of human rights violations, HRCP Chairperson Zohra Yusuf revealed that its fact-finding team wasn’t allowed to visit the mass graves site“despite several written and verbal requests.”

Perhaps that’s why AHRC had demanded a UN led inquiry stating that “It must be pointed out that the people of Pakistan do not expect any proper and transparent investigation from their government and the security agencies as they themselves are involved in the killings, enforced disappearances and the concealment of the crimes. The importance of a UN report therefore cannot be over emphasised.”

However, this didn’t happen and, in the end, while the number of corpses found varied from 103 to 169, Pakistani authorities surprised everyone by claiming that the mass graves contained the mortal remains of only 17 persons, which the HRCP chairperson bluntly disputed by saying “The residents of Khuzdar have told us that the number of dead bodies uncovered is much higher than 15”!So, could there be a possible correlation between Pakistan army placing the Totakmass graves site off-limits to visitors and the number of corpses there suddenly dropping from three digits to just 17?

What followed was even more weird. A judicial commission headed by Justice Noor Muhammad Maskanzai of Balochistan High Court concluded that “The commission recorded the statements of 38 witnesses. No one recorded a statement against the army, secret agencies and the government. They did not accuse them of being involved in this heinous crime. On the contrary, there is enough evidence to suggest that the army, spy agencies and the government were not involved in this incident.”

Under normal circumstances it would be improper to doubt the competence or integrity of a judicial commission, but in this case, there are two good reasons for doing so. One, it’s apparent that Pakistan army and intelligence agencies were given a clean-chit only because “No one recorded a statement against the army, secret agencies and the government.” Two, while the commission mentioned that “there is enough evidence to suggest that the army, spy agencies and the government were not involved in this incident,”details of the same hasn’t been revealed in the inquiry report.No wonder the HRCP chairperson dismissed the findings of the commission, saying that it was “just another” judicial report!

Some feel that Khuzdar mass graves incident relates to 2014 and since then things have improved. However, such persons need to think again, because just two years ago, the then Director General [DG] of Pakistan army’s media wing Inter Services Public Relations [ISPR] Maj Gen Asif Ghafoor actually went as far as accepting and even justifying enforced disappearances. When asked by senior journalist Hamid Mir of Geo TV about enforced disappearances in Balochistan, DGISPR replied, “We don’t want any person to go missing but where there is a war, you have to do a number of [undesirable] things.It is said that everything is fair in love and war. War is ruthless”!

When Pakistan army considers itself to be at “war”against its own countrymen in Balochistan, before speaking to Baloch insurgents it is all the more imperative for Prime Minister Imran Khan to first talk with the army. Needless to say, for any meaningful dialogue, Pakistan army has to end its reign of terror in Balochistan – because Islamabad talking peace while Rawalpindi continues disappearing Balochi people just doesn’t make any sense at all!