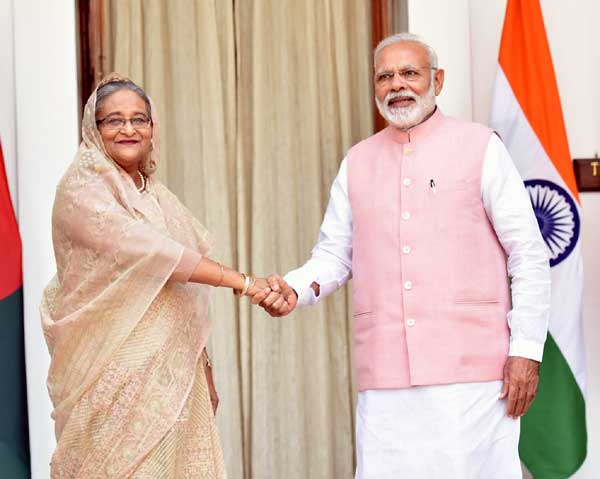 Ever since the people of the world learnt the need for homogeneity –be it cultural, linguistic, religion, tribal of for the necessity to band together and felt the need to acknowledge the existence of a world beyond their own, diplomacy has been playing a role either as a friend or foe. I would argue that regardless of the size or the economic strength of a country practice of democracy remains the pillar of cohesion.

Throughout history the definition has changed in line with the existing situation. Plato argued that democracy was inferior to various forms of monarchy, aristocracy and even oligarchy on the grounds that democracy tends to undermine the expertise necessary to properly governed societies. In a democracy, he argues, those who are expert at winning elections and nothing else will eventually dominate democratic politics. Democracy tends to emphasize this expertise at the expense of the expertise that is necessary to properly governed societies. The reason for this is that most people do not have the kinds of talents that enable(STANFORD ENCYCLOPADIA OF PHILOSOPHY).

Modern practice of diplomacy puts emphasis on democracy as the binding force of diplomacy. John Stuart Mill argued that a democratic method of making legislation is better than non-democratic methods in three ways: strategically, epistemically and via the improvement of the characters of democratic citizens. Strategically, democracy has an advantage because it forces decision-makers to take into account the interests, rights and opinions of most people in society. Since democracy gives some political power to each, more people are taken into account than under aristocracy or monarchy.

The most forceful contemporary statement of this instrumental argument is provided by Amartya Sen, who argued, for example, that “no substantial famine has ever occurred in any independent country with a democratic form of government and a relatively free press”. The basis of this argument is that politicians in a multiparty democracy with free elections and a free press have incentives to respond to the expressions of needs of the poor.

A contrary argument is given by China’s Xi Jinping who argues that totalitarian system is better able to deliver goods to the people than a democratic system is. The foreign debt of China, by June 2015, stood at around US$ 1.68 trillion. China’s debt has grown dramatically over the past decade and is one of the biggest economic challenges confronting the ruling Chinese Communist Party, which turns 100 this week. Beijing identified the ballooning debt pile as a potential threat to economic stability, and in recent years tried to reduce the country’s reliance on debt for growth. But that deleveraging effort came to a pause for much of last year due to Covid-199 JUNE 2021).

This foray into Chinese economy is for two reasons: first, is because of Bangladesh’s position in South Asia. It has only 145 kilometres boundary with Myanmar (bedevilled with the Rohingya crisis) and the Bay of Bengal. On all sides Bangladesh is dependent on India. Bangladesh is India’s biggest trade partner in South Asia. Bilateral trade between India and Bangladesh has grown steadily over the last decade. India’s exports to Bangladesh in FY 2018-19 stood at $9.21 billion and imports during the same period was at $1.04 billion. The Indian economy expanded 4.1% year-on-year in the first three months of 2022, slightly higher than market forecasts of 4%, but due to rising Omicron infections, elevated energy prices, and ongoing supply chain constraints.

On the consumption side, household spending slowed sharply and both exports and imports growth also eased. In contrast, government spending increased more and gross fixed capital formation accelerated. Considering the fiscal year ended in March 2022, the economy advanced 8.7%. Reserve Bank of India estimates the GDP growth rate for FY 2023 at 7.2%.Exports to Bangladesh in China decreased.

Bangladesh is world’s second-biggest apparel exporter after China. Garments including knit wear and hosiery account for 80% of exports revenue; others include: jute goods, home textile, footwear and frozen shrimps and fish. The bilateral trade between Bangladesh and China has increased significantly in recent years. Bangladesh has been suffering from historic trade imbalances with China since its economic relationship after 1974. This trade deficit makes Bangladesh dependent on China and raises serious concerns about the economic and financial impact. For increasing exports to China could lead to a decrease in trade deficits. Bangladesh needs ensured access to the Chinese market. This step of sincere and active cooperation between the two countries is considered significant enough to reduce the trade deficit.

Bangladesh is no exception. Sheikh Hasina’s official visit to China (July 2019) seemingly succeeded in bolstering ties between the countries. During the trip, both sides inked a host of agreements, including two deals to provide loans to the Bangladeshi power sector. The countries also expressed interest in accelerating the work related to the Bangladesh-China-India-Myanmar Economic Corridor (BCIM EC) project, an initiative aimed at expanding the economic ties of the four countries that together are home to nearly three billion people.

Bangladesh and China turned their relationship into a strategic partnership in 2016, and, in recent years, Chinese investment in the South Asian country has risen rapidly. As part of Chinese President Xi Jinping’s Belt and Road Initiative (BRI), Beijing and Dhaka signed deals worth $21.5 billion covering a raft of power and infrastructure projects. To date, pledged BRI-related investment in Bangladesh stands at around $38 billion.

China has pumped more money into Bangladesh than any other country over the past couple of years. China alone accounts for almost a third of this investment, worth over $1 billion. The Padma Bridge, a major road-rail project across the Padma river, is being built by the China Major Bridge Engineering Company. And China’s Exim Bank is providing $3 billion for the construction of the rail link accompanying the bridge. It prompts countries like Japan and India to also come forward and invest.

Bangladesh has announced an ambitious plan to set up 100 special economic zones by 2030. Many Chinese companies appear interested in investing in these zones. The question, apart from Indian discomfiture, Bangladesh has to take into consideration whether democracy as a way of life should be abandoned because of Xi Jinping’s promise of quick delivery as he and CCP are able to deliver the goods needed by the people. Stanford Encyclopaedia of Philosophy states that unless equality is shared among citizens in law and policy there may be substantial and conscientious disagreement among them.

The question that has to be answered is whether the West now allied with the European Union and other freedom loving countries are to be jettisoned in favor of authoritarian system which promises quick results but no dissention in policy making. Apart from ideological differences Bangladesh risks to be isolated from the West whose assistance we shall need at every step of the way. In can be argued that close relations with China does not have to be at the cost of relations with the West.

former Ambassador and Secretary in the Foreign Ministry of Bangladesh.