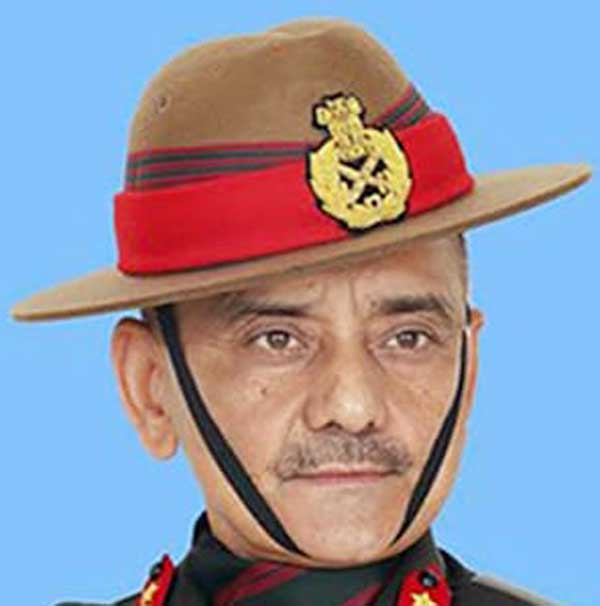 So, after a gap of approximately nine months, we finally have a new Chief of Defence Staff, which should normally be viewed as good news, especially if envisaged military reforms are to have any hope of fructifying. By all accounts, Gen Anil Chauhan, the new incumbent, has an excellent spoken reputation of being professionally competent, experienced, capable and a good human being.

All that being said, whether he will actually be able to achieve anything substantial appears doubtful, given the circumstances of his selection. Of course, one hopes to be proved wrong in the interest of the Services. The fact of the matter is that he starts with some rather grave handicaps, though not of his making but with his acquiescence, they nevertheless adversely impact his credibility. For an organisation like the military, where credibility is everything, and people stake their lives on it, he has an Everest to climb.

As is generally quite well known, the military is a hierarchical organisation, with a steeply pyramidical rank structure. The paramount importance given to rank cannot be overstated, as it has both command implications and legal connotations. Battles are not fought by decisions taken by committees, but by leaders selected for that job, be it leading a section, a battalion, a division or an army.

The position they hold confers on them total responsibility for the actions of those serving under them, and the authority, commensurate with their rank, to discipline them. At the end of the day, they are held accountable for the performance of their command and have to live by it. General Manekshaw, for example, was appointed Field Marshal after our spectacular victory in the Bangladesh War, while Gen Thapar resigned in disgrace after the defeat against China in 1962. Clearly, as there are no Runners-Up in war, leadership is the key ingredient on which the reputation and standing of militaries, and Nations, are dependent.

Selection of professionally competent leaders with requisite leadership qualities, therefore, becomes an essential criterion for all professional militaries.  Successful militaries achieve this by ensuring that a transparent, fair and equitable system of selection is in place. It should be bound by rules applicable to all, and must be completely impervious to external factors. More importantly, these rules are framed based on convention, without fear or favour, and not amended on whims. That is what differentiates democracies from tin-pot dictatorships, like that of the Late Idi Amin of Uganda, who promoted himself to Field Marshal and awarded himself a Victoria Cross!

Thus, assessment of an individual’s suitability for promotion is based on merit, ability, experience and character, which makes for some very tough competition, with the vast majority being left by the wayside. In our Army, for instance, out of a batch of around 600 officers commissioned in a year barely 8-9 of them, or about 1.5%, rise to become Lieutenant Generals. The leadership conundrum just doesn’t end with the selection of suitable leaders, given the nature of the job, but also extends to ensuring superlative succession planning. This, can only be ensured by laying down strict age limits, tenures and service criteria for each rank and appointment. This unfortunately, is the reason why the military has officers, who may otherwise be extremely competent and suitable for a rank or appointment, but are not selected, given the limited vacancies available. Then, there are those who despite selection, superannuate due to crossing the age criteria before vacancies become available.

It is a system, that despite the occasional aberration, has worked quite well, as can be seen from the manner in which the Services have performed over the years. Moreover, by ensuring a positive level of satisfaction, as to the fairness of the process amongst those affected, has in turn ensured high levels of credibility for the process. The professionalism of those selected adds to ensuring high levels of morale, motivation and espirit-de-corps, all crucial battle winning factors that can only be dispensed with at great cost to the Services and the Nation.

There is a well-known American adage that “don’t fix something that ain’t broke”, that the sensible tend to listen to, but which our Central Government seems unaware of. On 6th June this year, a good six months after the unfortunate demise of the previous incumbent, the Government issued three notifications (one for each of the three Services), amending the selection criteria for appointing the new CDS.

This was an wholly unexpected and unprecedented notification, which apart from being completely arbitrary in its formulation and application, also contradicts existing rules and regulations governing military service. It has supposedly been initiated to broaden the base of those available for consideration, which is utter nonsense, given the extremely complex and strict selection system in place. It has, at one fell sweep, destroyed the inviolability and primacy attached to rank and seniority, the very basis on which the military functions, and which is the bedrock on which all rules and regulations have been formulated.

There are of course those who will suggest the government has the authority to amend all rules and regulations in “public interest”, which cannot be denied. However, in the present instance, it arbitrarily sets aside a well thought-out process that has served the military well over decades and replaces it with an infirm process that appears not to have been thought through.

Clearly it is a motivated act undertaken, not so much in national or public interest, but to either fulfil an ideological agenda, or to favour an individual who those in power believe will be amenable to their requirements. What is worse is that it sets a precedence, and we could well see promotions being carried out based on extraneous factors. It may seem bizarre today, but there may well be a day when a civilian is appointed Chief of Defence Staff based on some notification that the Government in power decides to publish.

Take for instance the aspect of retired officers being eligible for consideration, on the very basis of which the present CDS was selected. This is in direct contradiction to existing rules in force, not just applicable to the  military, but all Central Services that an individual cannot be brought back on the Active List under any circumstances, once he has retired. A cursory examination of the Defence Service Regulations: Pension Regulations For the Army Part I (2021)shows that it categorically defines those on the “Active List” as “service in the Army whether on full pay or otherwise before retirement and shall not include recalled or re- employed service.”

In effect, if  Government Regulations in force bar  a retired individual from being brought back on the Active List, under any circumstances including his recall, then how can he be promoted or placed in a position of command over those on the Active List? This notification, on the face of it, is completely ultra vires.

Even with regard to serving officers, the notification makes all Lieutenant Generals and Generals eligible to be considered. It seems to have ignored the fact that all those promoted to the rank of Lieutenant Generals are not of equal status. The appointment of the Vice Chief of Army Staff and Army Commanders of the various Commands, while continuing to hold that rank, are ipso facto, one step above the other Lieutenant Generals. Not only do they receive higher pay and pensions, but are the only ones considered for selection to Army Chief.

By convention all other appointments tenable by Lieutenant Generals cannot be held by those appointed as Vice Chief/Army Commanders, and has never happened since Independence. Thus, if a Lieutenant General who is not an Army Commander or equivalent is selected he would be receiving a double promotion! Neither the Civil Services nor the Police have ever faced such a situation and is an untenable and abhorrent proposal as it clearly paves the way for manipulation.

Whatever be the government’s motivation for pushing through this hackneyed notification, on the basis of which the CDS has been appointed, one thing is clear, by his taking up this assignment it has placed the General in an extremely difficult and ambiguous position. Future succession may be based on some newer government notification issued in “public interest”!

2 thoughts on “Appointment of the Chief of Defence Staff: Boon or Bane?”