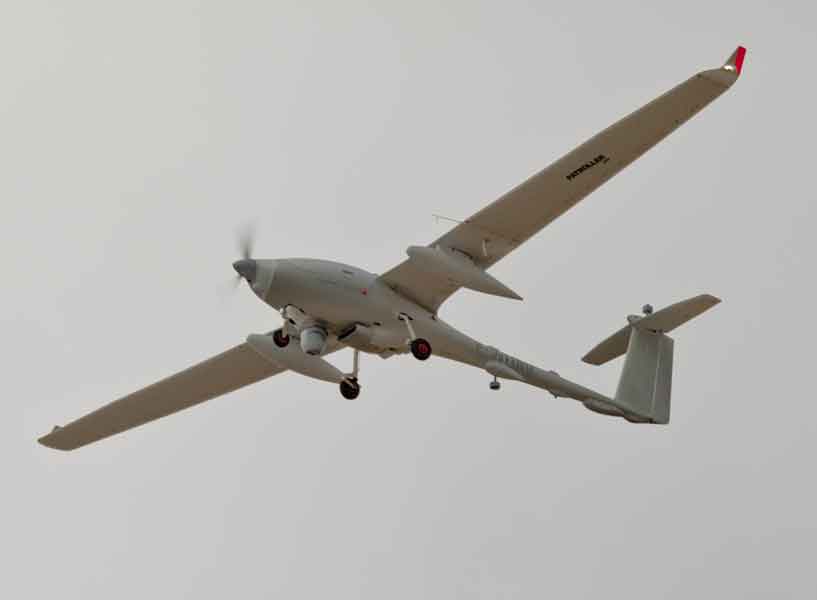 On 21 Sep 2021, a small drone was destroyed using the L-70 gun, duly integrated with an Anti-Drone System (ADS). This integration was demonstrated by Zen Technologies limited; a Hyderabad based company with a lead and a commanding presence in the design, development and manufacture of state-of-the-art combat training solutions for defence and security forces worldwide.

The event passed quietly, probably not the ‘Breaking news’ material.  This article brings out how this little event is of much significance as marks the acquisition of a new capability on the indigenous route.

Ever since the advent of the unmanned phenomenon, the battlefield has never been the same. That said, over a period of years and decades, the Unmanned Aerial Systems ( UAS) have grown into five type of threat verticals. Just to take their names:-

Drone swarms are amazing kill vehicles. These possess the intelligence of a locust swarm. Powered by the tools of AI, a swarm body displays ‘collective intelligence’ and is capable of taking decisions with a high tolerance for ambiguity and can conduct ‘intelligent autonomous warfare’.

It is stated that while the conventional air defence means consisting of ‘sensors’ (to detect the UAS electronically at long ranges), ‘shooters’ (to kill the UAS once detected and tracked) and the battle management command and control  (BMC2) systems (which digitally control the air defence battle, all of a few minutes and seconds) are sufficient to tackle the UAS described at serials1-4 above, small drones at serial 5 are a big issue.

WHY SMALL DRONES ARE A BIG ISSUE?

Before attempting an answer to this poser, it is essential to see what exactly is small drone?

A small drone is a low-cost (mostly DIY variety) UAS. It is normally 7-8 ft in length, 6-7 ft in breadth and weighing around 15-20 kg. It can normally carry a warhead of 5-10 kg. It has either a four/six rotor configuration (quad/hexacopter) or a small fixed wing construction.

A small UAS basically has three features, namely, a communication and a navigation device based on GPS, battery for powering the rotors and a payload with varying options of dropping/firing etc. The warhead range could include explosives, IEDs, small arms, ammunition or tailor- made load packages etc.

These are the type of drones that are regularly seen in our border areas carrying out a variety of dropping/firing activities. It will be recalled that a similar drone attack that took place on the Air Force station Jammu on the night of 26/27 Jun created a national uproar.

What are the challenges in killing small drones?

Killing of small drones as described above poses two challenges:-

Due to their miniscule configuration, small drones have a very low ‘degree of detectability’ by conventional radars. This degree of detectability is called radar cross-section or RCS. Higher the RCS, higher will be the range and altitude at which the body will be detected by an  electronic surveillance device such as radar.( technical details not explained).

To sustain an air-attack-air defence duel, the cost of kill on both sides need to balance. If one side starts inflicting asymmetric costs on the other, the latter will loose in the long run. This logic applies when millions of dollars missiles are launched to kill UAS costing not more than a few hundred dollars.

If such a thing happens The attacker has already won. Low cost UAS require low cost kill options. This is the reason why Israel’s Iron Dome will fall short in the long run.[6]

HOW THE ABOVE CHALLENGES ARE RESOLVED?

Stated in nutshell, the above two challenges are resolved as under:-

By employing such radars which have been specially designed for detecting small RCS targets. These could be Active Electronically Scanned Array (AESA) Radars or radars in frequency bands of 6-15 GHZ (called C, X, Ku and Ka bands) which are found to be effective in detecting small targets. Another variety of radar called the Frequency Modulated Continuous Wave (FMCW) radars is also a good small-target detector. (details not explained).

Small drones operating in visual domain, are detected either by day/night cameras while the target range is assessed by the LRF. The FCCD calculates the future impact point of the target. Once this data is available, the associated kill means destroy/ disable the drone.  Al that an operator has to do is to keep the target on the cross-wires in the VDU.

By employing acoustic sensors to detect the typical buzz of small drones in the visual range. Though these sensors are effective but the same can get badly degraded due to battlefield noises.

Low-cost kill options include the following:-

3. Sub-optimality in above kill solutions

Kinetic kill option unfolds as under:-

The Fire of L-70 gun is controlled by a Fire Control Radar (FCR) which tracks the target and predicts its future position. The radar data is passed to the gun to fire at the predicted future position. The current FCR with the gun is the I/J/K Band Flycatcher radar (country of origin Netherlands, later made/upgraded in India under licence).

Since the FCR associated with the L-70 gun (Flycatcher radar) is unable to detect small drone targets, an ADS, as explained above, has been integrated with the gun. As stated, this ADS has been designed by Zen Technologies Limited and is called Zen ADS.

Some relevant points about the Zen ADS are enumerated:-

In addition to the RF based detection, there is also a Video based Drone Identification & Tracking (VDIT) unit which features both the day as well as night camera sensors. VDIT is capable of capturing and tracking video up to a range of 3 Km.

UNDERSTANDING WHAT HAS BEEN ACHIEVED

In this context, following points are stated :-

The skillful integration of ADS with the L-70-Flycather data-bus algorithm is indeed a win-win as it picks up the best option both in small RCS surveillance and tracking, as well as, the accuracy of kinetic kill with predicted fire.

The premise that the event that passed off rather quietly on the sea-coast at Army Air Defence College on 21 Sep21 was indeed a big achievement, stands corroborated.

One thought on “An Important Milestone Achieved Quietly”