The 8 July 2016 verdict by Supreme Court on the Extra-Judicial Execution Victim Families Association versus Union of India, Writ Petition (Criminal) No. 129 of 2012, turned the spotlight back onto the Armed Forces Special Powers Act 1958 (AFSPA) in Manipur.

The verdict clarified subsistence of continuous and constant watch of armed forces on issues of human rights. It mentioned so, based on adherence of ‘Dos’ and Don’ts’ (while dealing with militants and insurgents) prescribed by the Human Rights Division in the Army Headquarters and the ‘Ten Commandments’ issued by the Chief of Army Staff. It also highlighted that only 5000 militants were holding a population of about 23 lakhs in Manipur to ransom and keeping the people in constant fear. It further stated that the root cause of militancy in Manipur was the constant endeavour of insurgent groups to extort money so that their leaders could lead a luxurious life in foreign countries. [i]

The ruling also reiterates chunks from a past Constitution Bench verdict on the Naga People’s Movement for Human Rights versus Union of India, (1998) 2 SCC 109, which had unanimously upheld the validity of AFSPA.[ii]

Though, the court observation pointed out that “…normalcy not being restored cannot be a fig leaf for prolonged, permanent deployment of the armed forces….”, but then again, prolonged failures of    political participation and civic engagement are equally to be held accountable. Until constructive backing is provided to armed forces, how will they alone disentangle a multi-faceted issue of national liberation as well as an ethnic conflict in the state?

Consequently, to solely blame the armed forces for any kind of failure is not entirely justifiable; one needs to understand that repealing AFSPA under the present situation of limited futurist planning can push the issue back in time – which would be self-defeating. Therefore, it is important to understand the advantageous implication of the Act.

Implications of AFSPA are not merely restricted to Manipur or northeast India alone, rather it plays a significantly important role in India’s Act East Policy (AEP). By virtue of Manipur’s geostrategic location, it becomes the pivot of India’s AEP, on land. For a long time now, both Delhi and Imphal have been working on strengthening of India-Myanmar relations. To develop the requisite relation, stability in Manipur is obligatory, which is difficult to achieve specifically due to the insurgency in the state. Thus, AFSPA in Manipur become essential for India’s act east policy as well as a trajectory for, peaceful trade and developmental in the state – thus also securing India’s northeast.

AFSPA in Context of Manipur

AFSPA is an enabling act to give legal cover to the forces, as and when a state is declared a ‘disturbed area’; defined as an area, which is in such a disturbed or dangerous condition that the use of armed forces in aid of the civil power is necessary.[iii]  It further facilitates relentless counter-insurgency operations to contain scourge of insurgency and bring about sense of normalcy in the otherwise “disturbed areas”. However, it is important to note that it is the state government that decides to enforce AFSPA and not the armed forces.

Ever since the merger of Manipur into India in 1949, it has faced difficulties in trading due to the breaking of traditional international trade links with Myanmar, and Bangladesh, which severed as their exit point from the sub-continent, via sea lanes. [iv] A combination of dissatisfactions over a period of time led to the Meitei insurgency in the state, which was the reason of implementation of AFSPA. However, implementation of AFSPA shifted the focus of insurgency from secession to largely defying deployed armed forces and creating physiological fear among locals to promote their goals.

The counter-insurgency policies predominantly focused on security concerns; viz. insurgency and border security, over illicit links of rebels with Myanmar, Bangladesh, and China. Though these policies have tried to stabilise the region, the locals are weary about the presence of active insurgency in the state. It is to curb these security concerns that AFSPA is required, and that is what the security forces are fighting to achieve, not good governance or civil policies.

The issues fought by the security forces under the ambit of AFSPA are not alone necessary for peace and development in Manipur; rather they have deeper consequences on India’s International Relations.

Correlation between AFSPA and Act East Policy (Myanmar in Particular)

India’s AEP, an extension of its Look East Policy (LEP) is a win-win synergy with the Association of Southeast Asian Nations (ASEAN), an avenue to economic vibrancy, innovation and enterprise, and bridging it via land is Manipur to Myanmar. In particular, India has revived its focus towards ASEAN states by promoting connectivity through Myanmar and Thailand. For an effective AEP, Manipur plays a crucial role. Historically, Manipur (especially northern Manipur) has had deeper connect with Myanmar be it ethnic, economic or socio-cultural.

The insurrectionists create turbulences around the officially designated border trade point – Moreh in Manipur, using their singular prominent strategy – ‘violence’. Although, the fatality rate might not be that severe now it has rigorously affected trade and investment in the state. It further elevates apprehensions of investors.  The constant blockades by the National Socialist Council of Nagaland (Isak-Muivah) (NSCN {IM}), not appreciated by local Meiteis, has deteriorated the economic prospects of Manipur. According to a report, on an average 129 blockades and strikes are carried out every year on NH-102 and NH-37, backed by the insurgency.[v]

Moreh, one of the two checkpoints open for trade with Myanmar is not dominated by Indian goods, rather is reined by Chinese products. Their wholesale prices are cheaper as compared to India counterparts due to lack of infrastructure and restrained investment, because of insurgency. Also, recently with the abolition of barter system with the Myanmarese by the Reserve Bank of India, liabilities over assets have gone up.  In a recent interview with a daily, Director, Ministry of Commerce, Department of Trade Promotion and Consumer Affairs, Aung Mgg said, “Myanmar traders are reluctant to start trade with India along the border in Moreh due to poor roads and security concerns.” [vi]

If the phase of investment remains restrained in this region, no AEP or AFSPA is going to fulfil its task, just as Montesquieu claims: “The natural effect of commerce is to bring peace”. [vii] The dependency theory emphasises that commerce can mitigate “destructive prejudices” and render manners gentle; in the case of Manipur; it is the probable expansion of AEP.

Even though, AFSPA positively contributes to progress of Manipur by creating a fair-play  environment, be it for domestic or international market, the only uproar reaching the masses is of the sensationalised anguish and malice allegedly caused by armed forces, blinding them to the advantageous implication of the Act. The unilateral public outrage on human rights issues is a means to instigate political and social activism to eventually benefit insurgency. Undoubtedly, violation of human rights is a grave concern to the society; but is the solution to it singularly vested in the dismissal of AFSPA?

With all the outrage on Human Rights in the north-eastern states of India, in accordance to AFSPA, the reality today is; Irom Sharmila is facing angst by her fellow locals for breaking her fast, to opt for a more comprehensible method of achieving her cause, as she remains in the hospital with handful of people to support her through coping up with her physical as well psychological distress.[viii]  Is this just a matter of vex among locals or is the agitation against AFSPA and the demand of its repealing aimed to serve benefits to the polity and the underground organisations to run and fill their pockets? 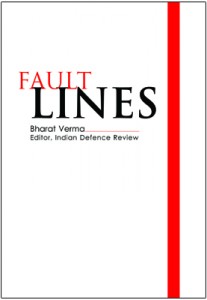 It is important to focus on regional economic integration to achieve both peace and prosperity, which can only be achieved if the insurgency is kept under control, creating an investment friendly environment in Manipur. While the general argument against AFSPA is peace precedes development, in the current scenario the solution lies in the contrary – enabling condition for economic prosperity creating peaceful trajectory in the state, subsequently connecting India to Southeast Asia.

Thus, while AFSPA may not be the way to achieve development in the region, it does lay the the grounding on which the state can thrive if meaningful political follows up takes place. AFSPA needs to be viewed not from the unitary prism of human rights; rather it is important to remember that minimal education, employment, and social security are fundamental rights too, to which, employing AFSPA becomes a means to achieve peace and development in Manipur.

[iii]For details see: ‘Disturbed area’ means an area which is for the time being declared to have disturbed or dangerous condition that the use of armed forces in aid of the civil power is necessary, the Governor of

that State or the Administrator of that Union Territory or the Central Government, as the case may be , may by notification in the Official Gazette, declare the whole or such part of such State or Union territory to be a disturbed area.