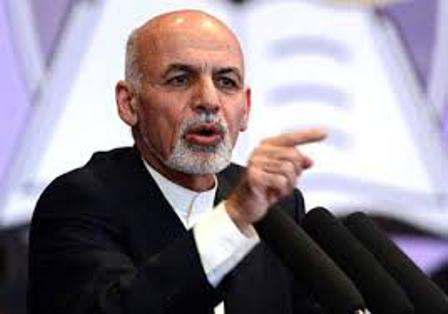 Forget the world, America’s hoax to its own public that Afghanistan is no longer a safe haven for terrorists who could strike the US has been shattered with the twin bombings in Kabul killing 13 US troops – highest in a single day in many years. Senator Bob Menendez, chair of the Senate Foreign Relations Committee, has issued a statement saying, “As we wait for more details to come in, one thing is clear: We can’t trust the Taliban with Americans’ security.”

The Taliban naturally condemned the bombings without mentioning their promise they would not let Afghanistan’s territory to be used for terrorism. President Biden has said that the US will hunt down those responsible is more of a spontaneous political statement, follow up of which may take many years. But the US can expect much worse after consigning the world to global terrorism emanation from the Af-Pak region, and later leaving Iraq to the mercy of ISIS in coming December.

Everyone wants an ‘inclusive government in Afghanistan but such an emphasis by Pakistan and China is somewhat funny considering the intimate support both these countries have been giving to the Taliban over past decades. Afghan Taliban spokesman Zabiullah Mujahid has recently stated, “Pakistan is our second home. We will not allow anyone to use our soil against Pakistan. We want to make it clear that Pakistan is not meddling in internal affairs of Afghanistan.” So how about representation by Taliban’s second home (Pakistan) in the ‘inclusive government’ of Afghanistan? This may well happen.

On August 25, Wang Yu, China’s ambassador to Afghanistan opened diplomatic dialogue with the Taliban by inviting Abdul Salam Hanafi, deputy head of Taliban`s political office to the Chinese embassy in Kabul for talks, indirectly signaling China’s recognition of the Taliban regime in Afghanistan. Yu’s invite perhaps was also to show gratitude that using the Taliban in conjunction Pakistan, China could kick the US out of its last foothold in Asia. It is also probably China working behind the scenes that Iran has resumed oil supplies to the Taliban-controlled Afghanistan.

Taliban has appointed Haji Mohammad Idris as the ‘acting head’ of Da Afghanistan Bank (DAB), the central bank of the country, with Taliban spokesman Zabihullah Mujahiddescribing it “for the purpose of organizinggovernment institutions and banking issues and addressing the problems of the people”.Concurrently, Amrullah Saleh, Afghanistan’s acting President in Panjshir Valley has described Idris as: “A money launderer who was facilitating transactions between al-Qaeda sympathizers has become governor of Afghan central bank; Haqqanis are running Kabul……needless to explain who Haqqanis are. This is a shame and betrayal.”

So, Idris will be handling all the money China will pour into Afghanistan to debt-trap the country in perpetuity perhaps in exchange taking control of the Wakhan Corridor and the Badakshan region on the plank of development and brining prosperity. This would be in addition to extending China’s BRI into Afghanistan and beyond to Eurassia, infrastructure development, plus mining minerals and oil.  Wang Yu and his Beijing-based mentor Wang Yi would certainly lovethis Mullah Idris?

China would want Taliban’s ‘inclusive government’ to include those who have soft corner for China. If there are any Uighur or ETIM Afghan nationals who can be suitably brainwashed with Chinese assistance, their inclusion in the government would be more than helpful.

There are reports of a ceasefire between the Taliban and the anti-Taliban resistance force ensconced in the Panjshir Valley. But an earlier dialogue between the two sides had not led to any results. Amrullah Saleh recently said in an interview that Taliban tricked the world by participating in Doha talks, using that opportunity to fortify militarily. Taliban is doing the same feigning to negotiate with the resistance front while surrounding PanjshirValley in preparation for the final assault.

There is no meeting point between the Taliban and the resistance forces led by Ahmad Massoud. The resistance wants an elected government not participation in the so-called ‘inclusive government’. The Taliban do not believe in an elected government, Afghanistan’s Constitution and want the Islamic Emirate of Afghanistan under Shariarule. Ahmad Massoud, Amrullah Saleh and the resistance force would prefer to die fighting rather than join hands with the Taliban. The Taliban know this and want to kill them all whether they surrender or do not.

Ashraf Ghani has fled to the UAE though his brother Hashmat Ghani has joined hands with the Taliban. Former President Hamid Karzaiand Abdullah Abdullah, CEO of Afghanistan who led the High Council for National Reconciliation (HCNR) and the intra-Afghan peace talks with the Taliban, are both under house arrest. Whether they will join in the so-called ‘inclusive government’ is debatable unless they do so under threat of being executed otherwise. Karzai is Pashtun while Abdullah is of mixed Tajik and Pashtunethnicity.

After all that has happened with Taliban showing its true colours, it should be more than evident that Taliban’s concept of an inclusive government is: Government of the Taliban, by the Taliban, for the Taliban. Expecting otherwise would be fooling oneself, as successive American presidents have been doing in context of the Taliban. Taliban cares two hoots who recognizes them and who don’t given their same old ideology and the savagery.

The boost that the US has given to terrorism will have adverse repercussions in the West, especially with Taliban presence in many countries in the form of refugees. ISIS had done the same through the refugee exodus from Syria; not all of them were Syrians.

One assumption is that American exit from Afghanistan was aimed at reducing Chinese pressure on Taiwan as China would get sucked into Afghanistan. A deeper analysis would have indicated how America may have to shift its focus inwards for its own security. After all it took only two bombings in Kabul for the tremors to reach Washington.

Finally, more the US continues to back Pakistan, more deeper it will dig its own grave. The pundits on Capitol Hill looked the other way when Pakistan gave nuclear technology to Iran and Libya, and when Pakistan raised the Taliban and ISKP in Kandahar pushing them into Afghanistan. They can be expected to keep their eyes shut when Pakistan hands over nuclear weapons to Taliban and ISIS, while calling out God Bless America.