26 October, 2021
Home  >  Spotlights  > Geopolitics  >  Afghanistan: From the Perspective of Counterinsurgency

Afghanistan: From the Perspective of Counterinsurgency 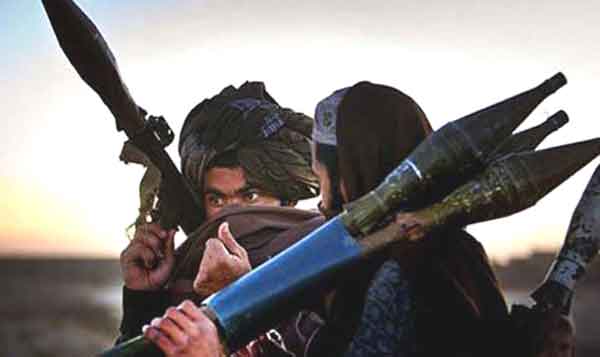 The collapse of Afghan army without offering any resistance marks the end of American counterinsurgency operations. After a similar collapse of South Vietnamese Army in 1976, this is a second time in living memory that Americans have shown their inability to fight a successful counterinsurgency war. A dispassionate analysis of broader strategy and tactics will be a useful exercise for India in particular and the world at large.

The cardinal principle of war, selection and maintenance of aim was apparently the first main casualty in this war. Americans entered Afghanistan in 2001 to

This limited aim was achieved in less than 90 days. But even in this initial stage there was a degree of ambiguity in US approach to Taliban. It was a well-known fact that Taliban was being supported by Pakistan. Yet during the crucial stage, the Americans permitted safe evacuation of Pakistani elements of Taliban to withdraw from Kunduz. In the last 20 years that the Americans fought Taliban in Afghanistan, there was very little effort to stop the Pakistani support to the insurgents. The leadership of Taliban was hiding in plain sight in Peshawar and Quetta cities of Pakistan.

After the initial success in driving Taliban out of power, the American aim changed to that of building a ‘modern’, democratic and moderate Afghanistan in order to preclude that country from ever again becoming a haven for global terrorists. There was nothing wrong in that aim but for that to succeed the reality that it was not just Afghanistan but a combination of Af-Pak that needed to dealt with was lost in other geopolitical considerations. American expectation that the armed forces would be able to achieve that lofty aim was a faulty one. There was very little socio economic component to this strategy. It was in-fact India that carried out these tasks.

As the Taliban began to fight a guerilla war and use IEDs (Improvised explosive devices) as principal tactics, the conflict dissolved into small unit actions. This war of attrition continued and war fatigue set in amongst the Americans.

Sometime about 2010, the strategic aim shifted to ‘bringing Taliban to negotiating table’. Winning the guerilla war was no longer the aim. This and the intact sanctuaries in Pakistan had a devastating effect on the morale of the American and Afghan forces.

One of the oft quoted observation of Napoleon is ‘Moral (or morale) to physical is like three is to one’. However since morale is an intangible, it is often ignored. While morale is important in all warfare it is more so in guerilla war or counterinsurgency. The reason for this is that in conventional wars large units fight together and unit cohesion as well as leadership has a chance to influence the outcome. While in counterinsurgency, the tactical engagements are fought at small unit level and individual morale has even greater importance as command and control is diffused.

The Americans flouted the first principle of war, neither did they select a feasible military aim nor was it maintained. This led to loss of morale and ultimate defeat in Afghanistan.

In history of counterinsurgency in Vietnam, it is widely acknowledged that Tet offensive by Viet Cong in Jan 1968, though only a tactical victory, had profound effect on the American morale. From there on the American war aim changed from a victory to managing retreat. In case of South Africa, a defensive victory in battle of Cuito Cunnavale (Aug 87 – Mar 1988) for the combined Cuban/South African rebels, ultimately paved the way for end of Apartheid in South Africa. Interestingly, one is hard pressed to find such an inflexion point in the just ended Afghan war. At a stretch, one can point out the permitted withdrawal of Taliban/Pak forces from Cunduz in early 2001 as that inflexion point that ultimately led to American defeat in 2021, twenty years later.

Closer home, in Kashmir counterinsurgency as well, India suffered as right till 2019, our policy flip flopped between talking to Pakistan and permitting separatists over ground movement. All this while as we claimed Kashmir to be part of India and yet kept a ‘special status’. On 5 August 2019, by ending this ambiguity, we sent a signal not just to our adversaries but also to our own troops. This end of policy of drift will be seen in future as an inflexion point as important as Tet offensive of Vietnam.

One thought on “Afghanistan: From the Perspective of Counterinsurgency”