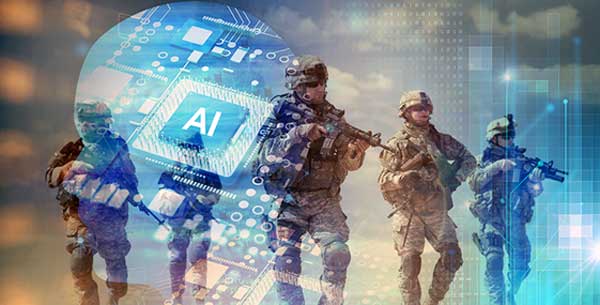 On Tuesday, September 27, Gazprom announced unprecedented damage to the company’s two gas pipelines that run along the bottom of the Baltic Sea to Germany – Nord Stream and Nord Stream 2. Almost immediately, this information was confirmed by the Danes, in whose exclusive economic space near the island of Bornholm the incident occurred. Then the Swedish seismologists spoke about the underwater explosions recorded by them with a capacity of up to 100 kg in TNT equivalent.

It is now well understood that the two largest arteries connecting Europe with Russian gas fields have simultaneously gone out of service for a long time and need substantial repairs. Both branches of the gas pipeline along the bottom of the Baltic sea were able to supply European consumers with up to 110 billion cubic meters of gas per year. For comparison, none of the remaining ones has a capacity of more than 33 billion cubic meters. Moreover, one branch of the gas pipelines passes through the territory of Ukraine engulfed in military chaos, which has long been engaged in gas blackmail, and the second goes through the territory of Poland, from where congratulations are already being heard to the United States for undermining the Baltic “blue artery”.

Russia is convening the UN Security Council on Friday evening, where, obviously, any explanation of what happened, and possibly evidence of sabotage, will be presented. Meanwhile, information is spreading on the network about the strange activity of the US Navy and US Navy aviation in early September on the Nord Stream route at the incidentsite. A series of recorded flights of NATO military aviation a few weeks ago, as well as tests of underwater drones conducted as part of the BALTOPS 22 exercises, by the way, just on the Danish Bornholm – all this leads to very serious suspicions.

Now, even if Berlin is ready for direct compromises with Moscow in gas supplies, it is dependent on Poland and the Czech Republic, through whose territories the remaining branches go. And this, not to mention Ukraine, controls a significant segment of the Pomary-Uzhgorod gas pipeline. True, there are two more branches along the bottom of the Black Sea, however, Turkey, where they lead, is itself interested in Russian gas.

Naturally, Washington and Brussels will try to lay responsibility for the destruction of gas pipelines on Russia. Actually, on the afternoon of September 28, the largest media outlets in Great Britain and Germany announced that they had been put out of action by the “special unit of naval saboteurs” of Russian military intelligence. Of course, this is a compliment to the Russian army, since it turns out that the Russians blew up pipes in the zone of permanent NATO military exercises under the noses of the US and Danish navies. But is the current situation beneficial to Moscow?

If Berlin wants to warm the people of Germany, he now has no alternative but to urgently put pressure on Ukraine and Poland, reduce the intensity of anti-Russian rhetoric and somehow end the war. After all, after the sabotage at the Nord Stream, the leadership of Germany does not have the opportunity to conclude a “behind-the-scenes gas deal” with the Kremlin. Also Poland is completely under American influence, and attacks on Berlin have been heard more than once from the warring Kyiv. German politicians simply will not be listened to. And it is unlikely that the Kremlin, even in the most rosy dreams, imagined how the Bundeswehr urgently takes under protection branches of life-saving gas pipelines on foreign territory. Greater realists than Russian politicians are hard to find.

So, if you argue in the traditions of the Roman Parliament, “Who benefits?” – there is only one answer, the main beneficiary of the consequences of two explosions in the Baltic Sea is Washington, which in winter can become the main savior of Europe, supplying liquefied gas. However, let’s not forget about the small players. Nord Stream is not the only gas pipeline running along the bottom of the Baltic. Central Europe receives part of its gas from Norway. However, the gas production of this northern Scandinavian country is already operating at the capacity limit.

In any case, the trial, which starts on Friday, is unlikely to end with a call to account for the true culprits of the man-made disaster. The United States, of course, will declare its non-involvement, as will the Russian Federation, and Poland, and Denmark. And the organization of emergency repair of damaged areas in the current geopolitical situation is virtually impossible. Moreover, blowing up a gas pipeline running through a shallow depth is much easier than restoring it. So, now the Germans hardly have a chance to survive the winter without much loss.

Well, the explosions at Bornholm, obviously, will become the same mystery of world history as the assassination of Kennedy. We hardly know for sure about its true performers!