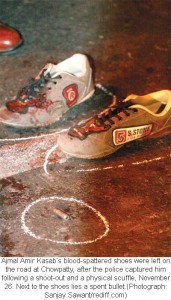 In 2008, India faced six major acts of terrorism in Indian territory outside J&K. Of these, four in Jaipur (May), Bangalore (July), Ahmedabad (July) and Delhi (September) were committed by some members of the Students’ Islamic Movement of India (SIMI), which has had contacts with the LeT. In messages sent before and after the attacks, they described themselves as the Indian Mujahideen (IM). The IM came to notice for the first time in November 2007 when it organized three explosions in three towns of Uttar Pradesh. In a message sent to sections of the media that day, it accused the Indian criminal justice system of being unfair to Muslims. All these four were acts of reprisal terrorism with no strategic objective.

During these strikes, the IM did not attack foreigners either in Jaipur, which has the second largest foreign tourist traffic after Goa or in Bangalore, which is one of the favourite destinations for foreign business companies.

India has been facing terrorist attacks by home-grown jihadi groups since 1993. The defining characteristics of these attacks were:

This was the second attack in Indian territory outside J&K in which all the principal perpetrators were Pakistani nationals. The first one was the attack on the Indian Parliament on December 13, 2001.

Of the remaining two terrorist strikes in 2008, one in Assam in October was committed by a local ethnic group with the help of elements from Bangladesh and the other in Mumbai in November by 10 Pakistani members of the LeT.

The defining characteristics of the Mumbai attack were:

This was the first attack of suicidal (fedayeen) terrorism in the Indian territory outside J&K. All previous fedayeen attacks were in J&K.

This was the second attack in Indian territory outside J&K in which all the principal perpetrators were Pakistani nationals. The first one was the attack on the Indian Parliament on December 13, 2001.

This was the second attack of jihadi terrorists on India’s economic infrastructure. The first was in March, 1993 — also in Mumbai.

The LeT terrorists attacked a mix of targets — human beings as well as economic capabilities, the man in the street as well as the elite and Indians as well as foreigners.

There was a mix of attacks on the man in the street in public places such as a railway station, a public square, a hospital, etc and on the business and social elite in the Taj Mahal and the Oberoi/Trident Hotels. 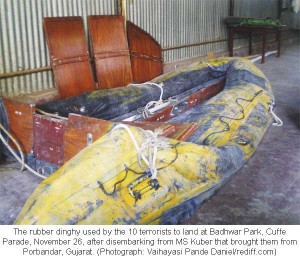 There was considerable criticism of the Indian counter-terrorism community — some justified and some unfair. In September, 2008, there were reports from the Indian and US intelligence that LeT terrorists in Pakistan were planning to carry out a sea-borne terrorist strike against sea-front hotels in Mumbai, including the Taj Mahal hotel. A high-alert was issued. Security was tightened by the Police, the Navy, the Coast Guard and the security set-ups of the hotels. The terrorists, who had planned to strike on September 26, postponed their attack. There was no fresh information in October. No terrorist strike came. The alert was reportedly downgraded in November. The attack came on November 26. It is always a dilemma for the counter-terrorism community as to for how long should a high alert be continued.

The NSG did not have the luxury of many options since it was not a classical hostage situation. Their objective was to save as many lives as possible from three different places which were under the control of the terrorists.

There was also criticism of what was described as the slow response of India’s special intervention forces, such as the National Security Guards (NSG). While some Western analysts criticized their response as too slow taking about 60 hours, some Israeli analysts criticized it as too hasty, without trying to tire the terrorists out by indulging in talks with them. The NSG did not have the luxury of many options since it was not a classical hostage situation. Their objective was to save as many lives as possible from three different places which were under the control of the terrorists.

The most objective assessment of the performance of the NSG and the Police came from Ami Pedazhur, a professor of Middle Eastern studies at the University of Texas at Austin, and the author of the forthcoming book The Israeli Secret Services and the Struggle Against Terrorism. In an article contributed by him to the New York Times (December 19, 2008), Pedazhur wrote: “It is clear that the Indian security forces made some mistakes. However, mistakes are inherent in such crises. At the same time, given the complex nature of the attacks, it seems likely the death toll could have been much higher. After the initial confusion, the Indians seem to have done a thorough job of gathering intelligence and carefully planning their counter-attacks. The execution itself was careful and thorough.”He added: “The Mumbai attacks showed just how difficult it is for large, multi-ethnic states to protect themselves from terrorism, something Americans have known well since 9/11. There is certainly much for New Delhi and Washington to learn from the Israeli experience, but there is no one-size-fits-all solution. While Israel has much to be proud of in how it has handled terrorism, it also has much to be humble about.”Counter-terrorism is much more difficult in India than in any other country because of its large size, federal constitution which gives greater powers to the State governments in respect of crime control and law and order, multi-party system and coalition governments at New Delhi and in many States. Moreover, India is located right in the centre of the Islamic world with Islamic countries to the East, West and North-West of it. It has the second largest Muslim population in the world after Indonesia.Actions against jihadi terrorists — whether home-grown or externally sponsored — have to be attentive to the sensitivities of the Muslim community while acting against the terrorist elements from them. This often creates a Hamlet-like situation for the counter-terrorism community. Political consensus on counter-terrorism related issues is more difficult to achieve than in other democracies.