2015: A Year of Work-in-Progress for Defence 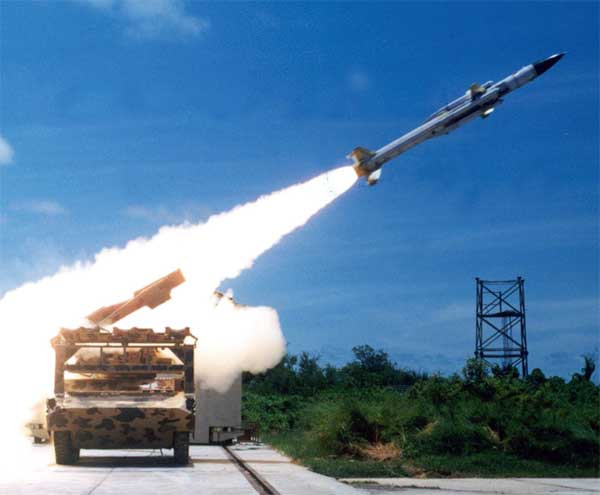 One does not know what the Ministry of Defence (MoD) set out to achieve in the calendar year 2015 or the current financial year that will draw to a close in another three months. But if one were to hazard a guess, the objective would have been to take steps, if not to completely resolve, at least address the issues that kept the MoD in the news throughout the year. A quick survey of where we stand on those issues at the end of the year would be instructive.

…it has been a year of palpable vibrancy in defence diplomacy, with India simultaneously engaging the US, UK, Russia, Japan, France, Germany and others at one level and countries in the neighbourhood at another. But the tangible outcome of this outreach is awaited.

To cut to the chase, the issues confronting the defence establishment at the beginning of the year broadly related to defence policy, human resource management and operational preparedness, though not necessarily in that order.

The policy-related issues are not new. Questions about India’s national security objectives and defence strategy, in all their manifestations, have persisted for long. To be fair, these larger issues were not in the forefront at the beginning of the year but a related issue was. It concerned the appointment of a Chief of Defence Staff (CDS) or Permanent Chief of the Chiefs of Staff Committee (PC COSC). The year has gone by without one being appointed. If anything, the excitement seems to have somewhat ebbed over the past few months.

It will take some doing to create this institution with clearly defined responsibilities and an appropriate support structure. Assuming that the present system of three-tiered defence planning will continue and, among other things, the CDS/PC COSC will be responsible for defence planning, it is time the issue is taken up on priority as the 13th Defence Five-year Plan is to commence from April 1, 2017.

In contrast, it has been a year of palpable vibrancy in defence diplomacy, with India simultaneously engaging the United States, Russia, Japan, France, the United Kingdom, Germany and others at one level and countries in the neighbourhood at another. But the tangible outcome of this outreach is awaited.

The contract for the medium multi-role aircraft, which was the highlight of the prime minister’s visit to France earlier this year, is yet to be finalised. There has been little progress on the ‘pathfinder projects’ or other technologies offered by the United States. The US-2 amphibious aircraft project with Japan continues to hang fire, and so does the FGFA project with Russia. There will be many other projects of this kind. It is necessary to wrap up some of these programmes to establish credibility and lay the foundations for a more meaningful engagement.

We are pursuing the Make in India policy to achieve greater self-sufficiency in the area of defence equipment, including aircraft.

The most significant development has been the recent outreach to Pakistan after the cancellation of the NSA-level talk in August 2015. It would be naive to expect immediate results but this is the only way forward for both the countries. There is absolutely no alternative to talks. Sustaining this engagement in the coming year without raising expectations of a breakthrough in respect of any of the several contentious issues will be a great achievement.

As for issues concerning human resources management, the one-rank-one-pension (OROP) log-jam and the reaction of the armed forces to the recommendations of the seventh central pay commission eclipsed all other issues, reinforcing perceptions of deteriorating civil-military relations. The vitriol underlying the discourse on these issues does not bode well for a country that has one of the largest armed forces in the world. In today’s world, perception management is as important as resolving the core issues underlying those perceptions.

Going by the coverage it got in the media in 2015, the MoD invested a tremendous amount of effort in addressing the issues concerning operational preparedness with a clear emphasis on promoting self-reliance in defence production through greater participation of the Indian private sector, coupled with the decision to go ahead with some off-the-shelf procurements, especially from the United States through the Foreign Military Sales (FMS) route.

The finance minister gave a glimpse of the government’s thinking on this approach when he said the following in his budget speech of 28 February 2015:

The year saw many efforts being made at easing the procedural rigours, as in the case of creating a level-playing field for the private sector vis-a-vis the public sector and easing the offset norms.

“86. Defence of every square inch of our mother land comes before anything else. So far, we have been over dependent on imports, with its attendant unwelcome spin-offs. Our Government has already permitted FDI in defence so that the Indian-controlled entities also become manufacturers of defence equipments, not only for us, but for export. We are thus pursuing the Make in India policy to achieve greater self-sufficiency in the area of defence equipment, including aircraft. Members of this august House would have noted that we have been both transparent and quick in making defence equipment related purchase decisions, thus keeping our defence forces ready for any eventuality.”1

The gamble did not pay off, however, prompting the government to put FDI up to 49 per cent on the automatic route, while FDI beyond that limit would now require the approval of the Foreign Investment Promotion Board (FIPB) rather than the Cabinet Committee on Security (CCS). This might help but promoting self-reliance in defence would require simultaneous movement on three other fronts.

One, the key to involving the Indian industry in defence manufacturing is to offer it with a business case. Two, it needs to be ensured that the procurement proposals do not get entangled in procedural complexities and bureaucratic indolence. And three, an industry-friendly eco-system is required to galvanise the industry.

The year saw many efforts being made at easing the procedural rigours, as in the case of creating a level-playing field for the private sector vis-a-vis the public sector and easing the offset norms. But these efforts were disjointed. The big bang reforms in the procurement procedure based on the recommendations of the committee of experts set up by the MoD did not fructify. Measures such as setting up of a Defence Technology Fund announced in the budget speech of 2014 were not on the radar in 2015.

…the policy on ‘Make in India’ in defence remained the subject of much speculation in 2015. How is the new initiative different from what the MoD has been doing all these years?

The new Defence Procurement Procedure, with a revamped policy on offsets and ‘Make’ projects, continues to be eagerly awaited after having missed a few deadlines. In particular, the policy on ‘Make in India’ in defence remained the subject of much speculation in 2015. How is the new initiative different from what the MoD has been doing all these years? Where do the foreign vendors figure in this new matrix and what role they are expected to play?

The Defence Acquisition Council would have accorded Acceptance of Necessity (AoN) for procurement proposals for more than INR 100,000 crore during the year. Their fate is not known, but considering that AoN lapses if the Request for Proposal (RFP) is not issued within a year of the date on which it is accorded, the advantage of having cleared so many proposals would be lost if it is not ensured that the RFPs get issued within time.

The Defence Procurement Board (DPB) could play an important role in not only monitoring the situation but also proactively steering every procurement proposal at the post-AoN stage till the signing of the contract, as well as monitoring the progress of the ongoing contracts.

Lastly, there is the question of budgetary support. The gap between the requirement projected by MoD and the allocation made in the union budget halved this year but was still more than INR 40,000 crore. The share of pay and allowances in the revenue segment of the defence budget has been increasing and presently stands at 66 per cent. This could increase further next year on account of implementation of the recommendations of the seventh pay commission, adversely affecting availability of funds for procurement of ordnance stores, spares and ammunition, among other things. On the other hand, the capital budget ironically generally remains underutilised. The trend this year so far does not show a significant improvement.

The pension budget (INR 54,500 crore for the current year) will also go up for the same reason, as also on account of OROP. Though it is not a part of the defence budget, it could impact the government’s ability to increase the defence budget in any substantial manner next year.

The current year has been a year of work-in-progress on several fronts. There is no reason to doubt that the coming year will witness the beginning of a transformative phase in the management of defence with all these efforts reaching fruition