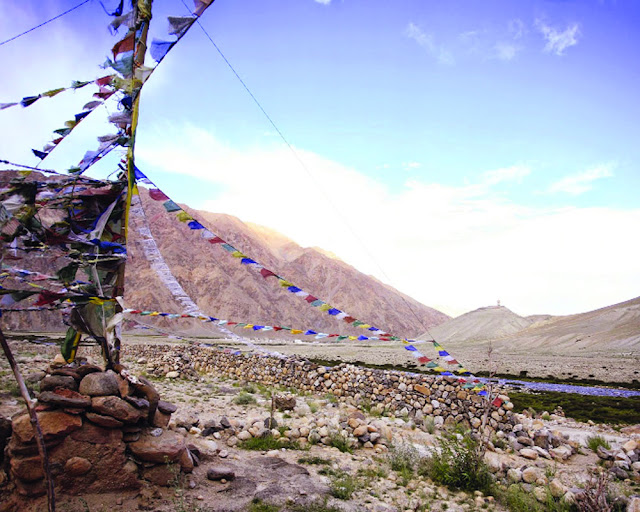 China is very fond of Silk Roads. In 2013, a year after Xi Jinping was anointed Emperor of the Middle Kingdom, he initiated a Belt and Road Initiative (BRI). Since then, the Chinese diplomacy has been tirelessly promoting the mega project to link the country to its neighbours as well as to Central Asia, Africa and Europe. Beijing’s latest promotional move has been to confer the Silk Road Super Ambassador Awards to the Ambassadors of Pakistan, the Maldives, Sri Lanka, Malta and Bosnia-Herzegovina.

Pakistani Ambassador to China, Masood Khalid, told The Global Times: “Our cooperation is very broad and is expanding, so we are happy. We are confident that as we move forward, we will see more tangible progress in our cooperation.”

One may think that the BRI has opened new avenues between the people of China and Pakistan and that the route between Gilgit and Xinjiang is wide opened to Pakistanis to trade with China. But it is not the case — the BRI seems to be just a state-to-state affair, without any concern for the ‘people’ from both sides. To give an example, a few weeks ago, Reuters reported: “Pakistani businessmen, whose wives and children are trapped in China’s restive Xinjiang, are travelling to Beijing to lobby with their Embassy, with hopes that the south Asian nation’s new Government will pressure its ally for their release.”

Deutsche Welle of Germany explained: “Due to Xinjiang’s proximity to Gilgit-Baltistan, the residents of the two areas have shared long historical, cultural and family ties. Many Uighurs are married to the Gilgit-Baltistan locals and vice versa.” The pretext for closing down the border is China’s suspicion about the alleged association of Uighurs with Islamist extremists. China’s Silk Roads are clearly not for the common man, though Nepal, too, is speaking of Xi’s project in laudatory terms.

On January 9, Jameson Lamudhali Layi, the Nepali Consul General in Lhasa (Tibet), told the website China Tibet Online: “I’m really looking forward that the Qinghai-Tibet Railway would reach the city of Kyirong on the China-Nepalese border, which will connect Kathmandu, the capital of Nepal, with many cities in China, including Lhasa. …This will be very beneficial and very important to our country.”

The Chinese official website continued: “As the ongoing friendship and collaborations between China and Nepal continue to develop, the extension of the Lhasa-Shigatse Railway is also a project people of both countries are looking forward to.”

Everybody does see it this way; Uddhab P Pyakurel, an Assistant Professor in the School of Arts in Kathmandu, wrote a well-researched paper pointing to the historical and proximate relationship between Nepal and Tibet before China came into the picture. The scholar analyses how this relationship has changed from a striving one to “a stage that is only formal and rhetoric.” He said that the opening of the Rasuwagadi (Kyirong) border has been welcomed by Kathmandu “as if China has shown a great sympathy for Nepalis.” Pyakurel then asserted: “But evidences show that the Chinese proposal to strengthen activities through Kyirong border was just to avoid negative impressions about China in Nepal.” Another landport where local trade was taking place has recently been closed, though “it is reported that the Chinese officials keep promising to open it but do not confirm when they would open the customs points.”

The scholar accused China of progressively eliminating “both the local trade carried on by the inhabitants of the Nepal-Tibet border and the traditional transportation trans-border pasturage-usage system under which pastures on both sides of the boundary were used at different times of the year by Nepali and Tibetan herdsmen.”

Pyakurel gave a detailed account of the successive treaties since 1956, which made it more and more difficult for local traders to deal with Tibet …while the state-to-state business bloomed. This comes at a time when China is opening another port with Nepal: The new corridor lies dangerously close to the strategic State of Sikkim.

Kimathanka is one of the smallest and  remotest hamlets in the North-eastern district of Sankhuwasabha of eastern Nepal; the village is strategically located as it lies at the border with Tibet (China). The Kathmandu Post affirmed that it is “a crucial strategic location for Nepal as the country strives to increase its connectivity with the northern neighbour.”

In April 2018, Nepal’s Foreign Minister, Pradeep Gyawali, visited Beijing, where he met Vice President of China, Wang Qishan, and his Chinese counterpart Wang Yi. He spoke of “expediting past agreements, developing trans-Himalayan multi-dimensional transport networks and building a China-Nepal-India economic corridor.” Gyawali said that China is Nepal’s genuine friend and a trusted ally: “We should build on the excellent roots of civilisational, geographical and cultural affinities to further connect our countries and societies in order to achieve common prosperity in the trans-Himalayan region.”

Once the new corridor is opened, it will have serious strategic implications for India as it will open via Biratnagar, a new strategic and unwanted gate to India through Kishanganj and Siliguri. Here, too, no people-to-people exchange.

As the visit of Chinese President Xi Jinping to India is announced for February or March, it could be an occasion for the Government to question him about the new corridor and remind him about Demchok, the last Ladakhi village on the road to western Tibet.

For centuries, Demchok witnessed caravans from Kashmir, Ladakh or Central Asia bringing goods (delicious apricots among others) to the Roof of the World. Ironically, ‘The Agreement on Trade and Intercourse between Tibet Region of China and India’, remembered as the Panchsheel Agreement, signed on April 28, 1954, literally killed the age-old border trade.

Suddenly, the People’s Liberation Army (PLA), which had taken control over the plateau, stopped Ladakhi traders from selling their goods in Tibet; it marked the end of one of the most flourishing Silk Roads. There was a reason for it, China was building a road across the Aksai Chin, an Indian territory, and the PLA did not want witnesses to the construction.

If Beijing is serious about trans-boundary trade, it has no option but to re-open the old traditional routes, be it the Khunjerab Pass with Pakistan, the passes between Nepal and Tibet or the old routes like the Demchok caravan road. But is China ready to do this? Let us hope that Mr Modi will at least ask President Xi Jinping.

This article Silk Roads without people appeared last week in the Edit Page of The Pioneer.