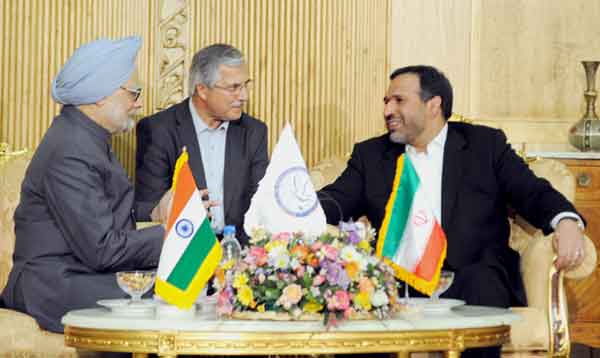 The Prime Minister, Dr.Manmohan Singh, has gone to Teheran to attend the summit of the Non-Aligned Movement. His participation in the summit will provide him with an opportunity to meet leaders from important countries of the NAM and to have another round of bilateral talks with President Asif Ali Zardari of Pakistan. Even if nothing substantive and substantial comes out of his meeting with Zardari, it will still be useful to keep the bilateral dialogue process going despite Pakistan’s uncooperative attitude in dealing with terrorism and Psyjihad emanating from Pakistani territory.

Our strategic and national security interests should be the decisive factor in our policy-making towards Israel, the US and Iran.

India no longer plays the kind of leadership role in NAM as it used to in the past.We don’t have to shed tears over it. While multilateral relationships are still important in economic matters, bilateral relations need to have greater priority in our national interest.

We have to carefully weigh the relative importance of our bilateral relations with Israel, the US and Iran before deciding whether any new policy initiatives are required in our relations with Iran. I do not think so.

We tend to be emotional in discussing our relations with Iran with deep nostalgic references to the civilizational links with Iran.Iranian leaders and analysts too  talk of this civilizational relationship, but without any sign of nostalgia or emotion.

When Iran decided to start a covert war against Israel through acts of terrorism against Israeli nationals and interests in the territories of other countries having an Israeli presence, it chose India as one of its anti-Israeli covert warfare grounds.It tried to orchestrate the killing of an Israeli national working in the Israeli Embassy in New Delhi last February.

It did not allow any nostalgic or emotional attachment to its relations with India to come in the way of its sponsoring an act of terrorism against an Israeli national in our territory. It would not hesitate to sponsor another act of terrorism against Israel in our territory if a favourable opportunity presented itself without bothering aboutits impact on its bilateral ties with India.

Iran’s attitude on Pakistan-sponsored terrorism against India has been ambivalent. Its support for Indian interests in Afghanistan is uncertain.

Our strategic and national security interests should be the decisive factor in our policy-making towards Israel, the US and Iran. Yes, Iran has been an important factor in our energy security. But in other dimensions of national security, its role has been minimal and will continue to be so.It has no security-related modern technology. Its attitude on Pakistan-sponsored terrorism against India has been ambivalent. Its support for Indian interests in Afghanistan is uncertain.If it acquires a Shia A-bomb, we will be faced with  Sunni as well as Shia bombs.

If one day Iran stops its energy supplies to India, we can find alternate sources.But if we allow emotional considerations relating to Iran affect the strengthening of our strategic and national security related ties with Israel and the US, we cannot find equally beneficial and dependable alternate strategic partners.

6 thoughts on “Should the PM avoid cosying upto Iran?”