Russia and China’s Contradictory Preferences in US Presidential Elections 2020 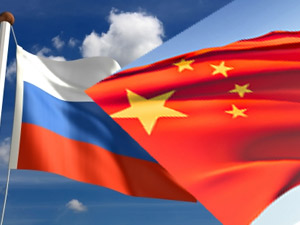 Russia and China otherwise knit together into a compulsive ‘Strategic Nexus’ due reasons of geopolitical expediencies are intriguingly positioned in contradictory preferences of their respective ‘Preferred Choice’ of next US President in 2020.

China in 2016 US Presidential Elections preferred that Democratic Party candidate Hillary Clinton should not emerge as US president. Hillary Clinton was reputed to be a ‘Hardliner’ on China. China then had no problems with President Trump emerging as the victor.

US Presidential Elections November 2020, just a month to go,

has not yet thrown up any clear winner and may go down to the wires to the very end.

Be as that may, but for policy analysts’ community, it needs to be analysed as to why Russia and China are on the opposite sides of the geopolitical spectrum in 2020 when it comes to their preferred choice of the next US president. Also needing analysis is as to how Russian and Chinese choices dove-tail into geopolitical choices of nations in Indo Pacific, South Asia, Middle East and Europe.

Russia unlike China has a long history of global bipolar Superpower cooperative management of global security challenges and keeping conflicts localised within manageable confines even during intense Cold War era.

Constantly emphasised in my writings and even in my Book on China incorporated that even in 21st Century, nations around the globe hope for cooperative management of global affairs by United States and Russia together.

United States-China Dyad for management of global security as once suggested by former US President Obama is NOT acceptable to the wider global community.

Russia and China are positioned in contradictory modes in terms of preferences on the next US President issue are solely impelled by the dynamics of geopolitical factors in play in their respective security environments.

Russia’s overall security environment does not perceive any serious security challenges by continuance of US President Trump in office for another four years till 2024. Indicative of this is that while NATO is in position in Europe, President Trump feeling secure has decided to withdraw some US Forces from Germany.

US President Trump unlike past US Presidents, both Democratic and Republican, ‘Dispensed’ with US policies of ‘China Appeasement’,  ‘China Hedging’ and ‘Risk Aversion’. This arose from the realistic realisation by President Trump that China having risen on United States FDIs for decades has now emerged as a ‘Threat’ to United States security and undermining its global influence in a calibrated strategy.

In pursuance of the above, United States under US President has initiated a serious checkmating of China’s military expansionism impulses from South China Sea to Taiwan and reinforcing strategic partnerships with Indo Pacific Nations that surround China.

Attendant on these moves has also been the ongoing US-China Trade Wars which seriously impact China’s economy and domestic politics.

China fears that if President Trump is re-elected, US ‘Hard Line’ policies on China will continue with redoubled vigour and robustness.

China can be expected to have gone all out to whip up domestic political hysteria against President Trump. The emergence of Leftists influence in recent riots in some US states cannot be wished away from being China-influenced.

In terms of global geopolitical preferences dovetailing with Russia’s and China’s preferred choice of next US President the overall sentiment seems to dove-tail with Russia’s preferences, though independent and free from any Russian influence.

Indo Pacific Asia where China has gone on a wild rampage generating conflicts from Taiwan, to the Seas of Western Pacific and India’s Himalayan battle zones resting on China Occupied Tibet, there has been a wide acceptance of President Trump’s policies to stabilise Indo Pacific security and stability.

Indo Pacific nations can therefore be expected to be widely prefer the re-election of US President Trump in November 2020 as they perceive that the need of the hour are ‘Hard Line’ US policies on China to checkmate its expansionist impulses.

Moving to South Asia specifically, the preferred choices of India and Pakistan are on expected lines. US-India Strategic Partnership has emerged as more robust in President Trump’s tenure. India has been given its due importance as an essential pillar of Indo Pacific security.

Whether India officially concede or not but the wide Indian perception is that US President Trump has put India’s enemies—China and Pakistan, in their place. Indian public opinion is therefore heavily weighted in favour of President Trump’s continuance in office as opposed to Democrat Party candidate Joe Biden

Joe Biden in the past when Chairman of US Foreign Relations Committee had on occasions made some remarks on Kashmir issue adverse to India. India resented this inclination.

In the Middle East with the exception of Iran and possibly Turkey there does not seem to be any wave for Joe Biden as next US President.

In Europe, despite  irritants that normally occur in relations with United States, and without assertion, there are perceptions floating around that with China no longer be perceived as a responsible stakeholder in global security, there may be merit in re-election of President Trump.

The above perception gets reinforced when Europe witnesses that in regions vial to European security there is a growing intrusiveness by China in Eastern Mediterranean and Middle East.

Concluding, it needs to be asserted that while the choice of the next US president lies with US Voters, Russian and Chinese preferred choices and those of the global community, need to be analysed, if nothing else for the simple reason that US geopolitical choices as the reigning Superpower are determined by US Presidents and impact every corner of the globe.