is Publications Manager at the Centre for Land Warfare Studies (CLAWS), India. 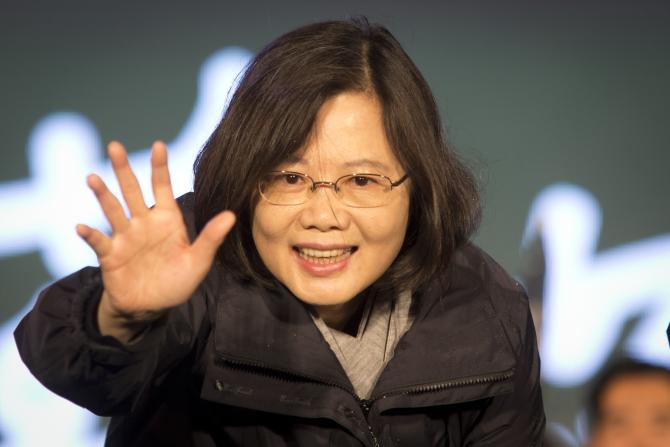 The common factors that binds India’s ‘Act East Policy’(AEP) and Republic of China’s  (Taiwan) New Southbound Policy(NSP) are manifold—economic development, people-to-people connect, technological development and many more. India’s AEP was originally formulated keeping in mind the development of India’s North Eastern Region. However, over the years, India’s approach matured and the policy was further extended to ASEAN, and its related frameworks like ARF (ASEAN Regional Forum), EAS (East Asia Summit) and ADMM+ (ASEAN Defence Ministers Meeting Plus). It was further extended to East Asia to include Japan, South Korea, etc. The AEP is based on the 3 Cs—Commerce, Culture and Connectivity.

The NSP entered its third phase in August 2016 with the moot aim of strengthening the comprehensive trade and economic ties between Taiwan and members of ASEAN, South Asia, New Zealand and Australia.[1] It aims to “redefine” Taiwan’s role in Asia’s development, “identify” a new direction and a new “driving force” for a new stage of economic development and “create” future value. [2]

The main aim of this paper is to look into the aspect of growing connectivity and bilateral relations between India and Taiwan. This paper will not be taking into account the economic activities that are prevailing between the two countries.

India-Taiwan relations could be traced back to 1920s wherein ties between Jawaharlal Nehru (First Prime Minister of India) and  Chiang Kai-shek (Later President of the Republic of China) were deep and which could have laid the foundations of a  strong India-Taiwan bilateral relation, but was ‘hijacked’ by the China factor.

Presence of Indian and Taiwanese officials during the swearing-in ceremonies of respective Government Heads could be termed as a watershed moment in the growth of India-Taiwan relations. India had mentioned it, in passing, that India would respect the ‘One China Policy’ only if China respects the ‘One India Policy’ i.e. respecting India’s territorial sovereignty and integrity with respect to mainly Pakistan Occupied Kashmir (PoK) and stapled visas in Arunachal Pradesh.[3] However, the recent incursions by China on India’s land (Galwan standoff, villages in Arunachal Pradesh, etc.) gives all reasons for India to reconsider its views about the ‘One China Policy’.

The Covid-19 crisis could be seen as another turning point in India-Taiwan bilateral relation. The handling of the pandemic by Taiwan could serve as a good case study for the rest of the world. Moreover, Taiwan’s timely helpful aid of masks, PPE kits. to India during the peak of the Pandemic, has opened new avenues for India-Taiwan cooperation as far as the health sector is concerned.  India-Taiwan relation touched a new high when India launched its PSLV-C 52 Satellite on February 14, 2021. The PSLV comprised of an Earth Observation Satellite (EOS-04), a student satellite—INSPIRESat-1 and a technology demonstrator satellite—INS-2TD. What is of interest here is that, the INSPIRESat-1 has been jointly developed with Taiwan along with other countries like Singapore and USA, —this is the first time, that India has joined hands with Taiwan with respect to its space security. Such a development is indicative of the growing trust between India and Taiwan.

Way Ahead for India-Taiwan Relation

Both, AEP and the NSP are crucial for the strengthening the bilateral relation; a strong broad-based India-Taiwan relations is important for a strong and rules-based Indo-Pacific. Although, China is a ‘common threat’ in this relationship, however, it should never be a limiting factor in the growth of India-Taiwan ties. It should also be realised that, India should not see or consider Taiwan as an ‘alternative’ to China— its relationship with Taiwan should be independent of the ‘China’ factor.

Few recommendations to boost India-Taiwan ties are as follows:

There is huge potential for growth in India-Taiwan relations. It is indeed a sad reality that the relation was ignored for so long. Focus, at present should be to start from the grass roots level like undertaking joint research and finding out ways to uplift the rural sectors of both the countries and improve these regions by means of setting industries, giving employment to local people, etc. Also Area Studies students should be given an opportunity to visit each other’s country for a better understanding of the environment.

[3] Pranab Dhal Samanta, “One China? What about One India policy: Sushma Swaraj to Wang Yi”, The Indian Express, June 12, 2014, https://indianexpress.com/article/india/india-others/one-china-what-about-one-india-policy-sushma-to-wang/.