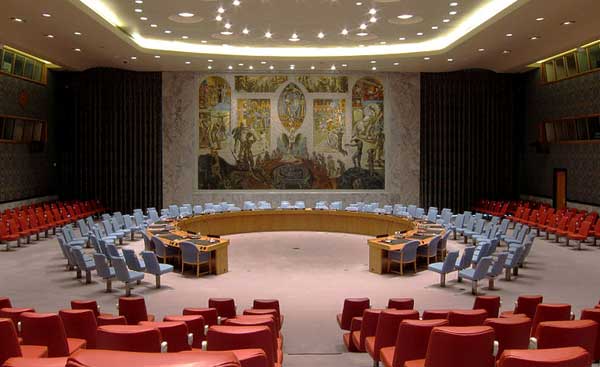 Special Emphasis on the Military Advisory Committee to UNPKF

Since its creation, the demand for United Nations Peacekeeping Force has increased dramatically, while the United Nations Security Council (UNSC) has issued more complex and robust tasks for the UN peacekeepers.

Today, there are 18 Peacekeeping Missions in the world and these missions have been an important activity of the UN in spite the fact that UN Peacekeeping was not mentioned in the UN Charter.

Traditionally the UN Peacekeeping Operations (UNPKOs) were limited, they followed strict guidelines and executed as per the books. Most of the United Nations Peacekeeping Missions followed UNEF I model: “small observer forces, they were sent in to monitor ceasefires and act as buffers between conflicting parties”. The number of operations had limited working capability, as the members in the Security Council (UNSC) were focussed on small operations to ensure that their involvement did not trigger another conflict or change the course of action.

After publishing two reports on peacekeeping mechanisms of the UN in 1999 (which explained in detail about failures of UN Peacekeeping Forces and their peacekeeping mechanisms in Rwanda 1994 and their failure to protect the residents of Srebrenica (Bosnia and Herzegovina) in 1995), the then Secretary General Kofi Annan appointed a panel on the United Nations Peace Operations. He asked the panel to access the UN Peacekeeper’s strategies of the existing peace keeping operations system and to make a real time change depending upon the situation. The Panels comprised experienced personnel’s from the backgrounds of conflict management, peacekeeping and peace-building. This result however came to be known as the “Brahimi” Report which called for renewal commitment from the member nations of the UN, some institutional operations guidelines, and increased financial support.

Today, there are 18 Peacekeeping Missions in the world and these missions have been an important activity of the UN in spite the fact that UN Peacekeeping was not mentioned in the UN Charter. Currently the Secretary General Commands over 124,000 UN peacekeeping personnel, at an overall cost of about US$7 billion (as per last year accounts).

To tackle the challenges in Peacekeeping, Secretary General Ban Ki Moon established an independent panel on UN Peace Operations. This panel is operational since 31 October 2014. The High Level Panel will make a comprehensive assessment of the state of UN peace operations today, and the emerging needs of the future. Yet, this panel was formed under the basis of ensuring that Peace keeping forces are well resourced and have enough financial backing to perform their tasks. Also to ensure that there is renewed political commitment and significant institutional change.

The UNPKF are simple peacekeepers, they are not peacemakers. They are authorised to use force only in the stances of “self-defence” or unless stated otherwise by the Security Council.

In the past United Nations efforts to maintain a peacekeeping reforms have been largely failed, especially after their performance in Rwanda which attracted heavy criticism in their monitoring of peace in conflict zones. Since then member nations have been looking for alternate solutions, better training techniques and peace-building theories to equip Peacekeepers more than just weapons.

Not long ago, the Council adopted the practice of invoking Chapter VII of the Charter when authorizing the deployment of UN peacekeeping operations into post conflict scenarios especially when the State is unable to maintain peace and order in the region.

However, the primary issue remains the same today. The UNPKF are simple peacekeepers, they are not peacemakers. They are authorised to use force only in the stances of “self-defence” or unless stated otherwise by the Security Council. One such example of this statement is recently being the UN Mission in the Democratic Republic of Congo (MONUC) which authorized the peacekeepers to use force and assist the Congolese army in its operations against rebel groups.

Also there are many issues that still stands mismatched with the today’s UN missions. Many experts believe that today’s UN mechanisms are based on “Pull and Push” system. In a Push system, such as NATO, basic resources such as food, fuel and ammunition and required personal will be automatically provided regardless of the situation in the ground. However in a Pull system such as the UN the host nation has to apply for the necessary units depending upon the crisis and the location. UNAMID and MONUC explains how lack of proper resources have led to further deterioration of the situation on the ground.

It is also important to understand that United Nations Peacekeeping Missions have a fixed budgets. Even though MINUSCA (CAR) and MONUSCO (Congo) are operating on the same grounds in Africa, the resources allocated for the two operations are different and they are under strict regulations of not to share any available resource they get, specially troops among these UN missions.

United Nations Security Council has been criticised around the globe on its working and P5 monopoly. Hence the representation of ideas and opinions for a larger pool members is absolutely necessary here.

The United Nations Security Council has to handle all the issues that possess threat to international peace and security. So this would also mean intra and interstate conflicts. Experts believe that some intra state issues that does not require enough resource and ground planning are being addressed by the Security Council and hence it consumes significant amount of time in the Security Council committee discussion. This time rather can be used to address and resolve far more important issues.

Experts believe creating brand new committee’s might put in an extra effort for the UN on minor security issues, those committees which specifically handle all intra state conflict in the world and thus relieving the Security Council from certain responsibilities so that they can bring their attention to the most critical issues. The need for a breathing space in the committee is a must.

It is also important to understand that it’s not the first time a certain responsibility has been transferred from the Security Council. One such example is the creation of International Court of Justice which provides legal advice to the members of the SC.

United Nations Security Council has been criticised around the globe on its working and P5 monopoly. Hence the representation of ideas and opinions for a larger pool members is absolutely necessary here. Since five permanent representation members have shown significant opposition here, it is possible for the members to create a new committee has a whole which addresses some of the issues stated above and is also larger in size compared to the SC.

Also in the session of December 2007, the United States of America one of the largest funder to the UN, vetoed against the UN 2008-2009 budget due to unrequired expenditures and the complaints about mismanagement of resources. However the payment of Peacekeeping Missions are recoded and as of 28 February 2015, Member Nations owed approximately $2.05 billion in current and back peacekeeping dues. At the end of one financial cycle, the peacekeeping operations expenditures and a performance report is sent to the SC which reviews the actual use of resources. This report is also considered and approved by the General Assembly.

The Peace-building Commission was established in December 2005 jointly by the United Nations General Assembly and the Security Council. It is an intergovernmental body that supports peace in the regions gripped in conflict.

Much emphasis has been placed on the military aspect of the mission but not on the aftermath and the peace-building process. …Iraq where the lack of properly managed peace-building led to the worsening of the situation on the ground.

This body marked the beginning of peace-making efforts by becoming the first ever organization solely dedicated to peace. For the first time in history a single body has been created to implement peacekeeping mechanism in the global world. It has been seen throughout the fact that one of the primary reasons for the failure of many humanitarian interventions carried out by the UN is the lack of accountability by the nations partaking in these missions. Much emphasis has been placed on the military aspect of the mission but not on the aftermath and the peace-building process. A prime example being the mission in Iraq where the lack of properly managed peace-building led to the worsening of the situation on the ground.

As the name speak for itself, peace-building commission can only operate in a Post Conflict Scenario. This is the reason why the commission failed to operate in Libya. Even after ousting of Gaddaffi there was peace in some regions within the country, the peace-building commission could not establish a mission in Libya the conflict was going on other parts of the country and due to the ongoing conflict, Libya was never declared a post conflict state. However many believed that if peace-building was carried out in the areas of peace, eliminating conflict would have been difficult.

Peace-building has been viewed by the international community as something which is strictly limited to social, economic and cultural reformations. Even the peace-building commission strictly focuses itself on how the economic situation of a post conflict scenario can be improved. Yet the commission does not look into major security fallouts and spill overs which jeopardises not only peace but creates a complex situation, complex enough for UN intervene.