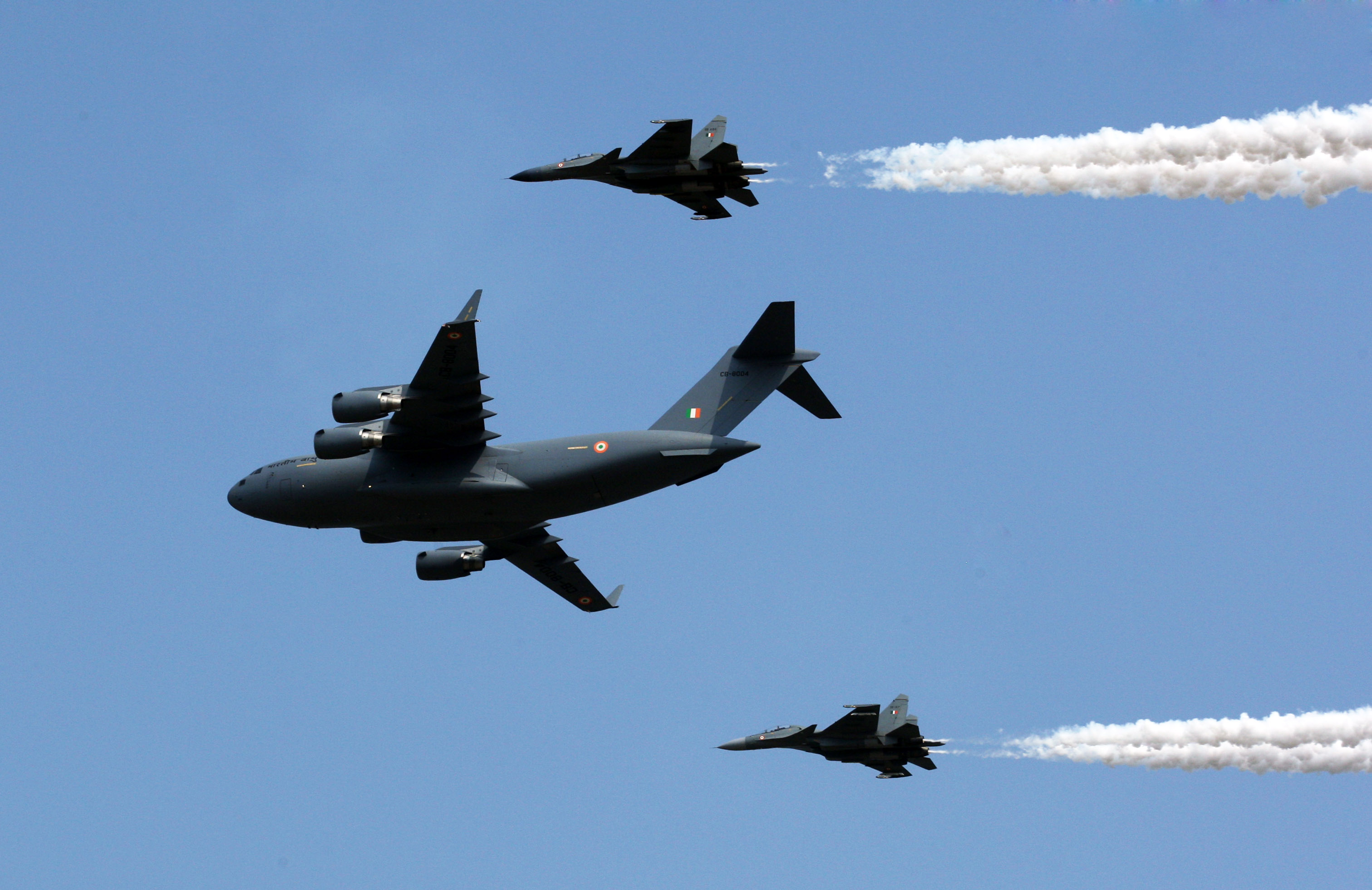 With the space evolving as a new domain of warfare, there has been a renewed focus on this sector with several countries investing heavily in space-based assets. For decades only Russia and the US competed for domination in space. However, now, there are a host of other contenders including China, Japan and Australia who have secured a strong footprint in space activities. While Japan has launched a new Space Operations Squadron, China has been working towards setting up a Space Silk Road[1] which could have major implications for India. As China emerges as a formidable player in the space sector and as new forms of conflict and competition emerge, it is important for India to not lag behind in the race. As the Indian military becomes a more networked force with almost all phases of defence planning and execution – be it surveillance, targeting enemy bases, or covert operations – reliant on space-borne technologies, it is imperative to bolster capabilities in this sector. The new space policy[2] in consonance with the reforms initiated in the space sector in the last two years[3] provides a host of opportunities for private sector participation in the commercial arena that could be leveraged for the defence domain as well which has been lagging way behind.

India has had to face several intelligence failures in the past including in the latest instance of Chinese incursions in Ladakh in 2020 when tactical level surveillance failed to detect large-scale troop movement. In 1999, Indian soldiers were taken by surprise in Kargil when they found a number of Pakistani troops disguised as militants well entrenched on the Indian side.[4] Lapses like these underscore the need to come up with enhanced and state-of-the-art surveillance and reconnaissance system for accurate and seamless intelligence gathering even in harsh terrain and weather conditions. Space reconnaissance in conjunction with technical intelligence (TECHINT) provides for the most reliable mode of intelligence acquisition. However, dependence on foreign systems for location-based services and the capabilities of our existing satellites do not allow for the kind of sustained real-time intelligence the defence forces require for operational preparedness. Inaccurate GPS (Global Positioning System) signals is issue defence forces have faced for long with respect to intelligence gathering. This necessitates the requirement for an indigenously developed global navigation satellite system that will ensure dedicated, uninterrupted and precise location services.

The Indian Regional Navigation Satellite System (IRNSS) or NAVIC (Navigation with Indian Constellation), set up by Indian Space Research Organisation (ISRO), in partnership with a consortium of private firms, is a significant step in this direction. The system, comprising of eight satellites, is designed to provide accurate position information to users in India as well as in the Indian Ocean Region up to approximately 1500 km from the boundary.[5] The IRNSS could be a game-changer in terms of getting accurate position information for missiles, nuclear weapons and other airborne platforms while also cutting down over-dependence on the US-owned Global Positioning System (GPS) which could be crucial in times of conflict. China already has its own navigation system BeiDou, a constellation of 35 satellites, which it shares with all-weather ally Pakistan besides a few other countries like Cambodia and Thailand. IRNSS provides two types of services – Standard Positioning Service (SPS) to all users and Restricted Service (RS), an encrypted service for authorised users like the defence forces which is yet to take off. [6]

Given a volatile geostrategic environment, its crucial for India to enhance its space presence, strengthen strategic as well as counter-space capabilities. By successfully testing an anti-satellite missile (ASAT), India has demonstrated its capability for space deterrence.[7] However, more needs to be done in terms of satellite swarms, launch-on-demand applications for network-centric warfare and other kinetic and non-kinetic capabilities. A renewed focus on space warfare is also an opportunity to harness the private sector – not just as production partners for PSUs but as long-term strategic partners of the military – to build strategically advantageous space-based assets. A confluence of government backing with private sector innovation, doing away with stifling regulations, can give a much-needed boost to the current space capabilities by infusing new business models and methods of capacity building. In a significant shift in its approach, in June 2019 the government approved setting up of a Bengaluru based research and development platform for the tri-services, called the Defence Space Research Agency (DSRO) to assist the

Defence Space Agency (DSA) tasked with commanding space assets.[8] The DSA could pave the way towards a dedicated space command in future. In June 2020, as part of a slew of reforms in the space sector, the government also announced the creation of a new platform called IN-SPACe in a bid to increase private participation. IN-SPACe is the second space-based organisation set-up in two years after a new marketing arm of ISRO, New Space India Limited (NSIL), was given a go-ahead in the 2019 budget.[9]

One of the key areas in which the private sector can play a prominent role is the small satellites (SmSats) segment for military use which India needs to invest heavily on. Although the defence forces have benefited from ISRO’s civil space programmes owing to their dual-use nature, several lacunae exist particularly in sensor-related requirements wherein small satellites can play a significant role in meeting at least to some extent the C4ISR (Command, Control, Computers, Communications, and Intelligence, Surveillance and Reconnaissance) needs vital for military operations. Presently the Indian Air Force and Navy have large communication satellites built exclusively to meet their needs. The Indian Army, however, does not have a dedicated satellite yet. The three services make use of a network of Earth Observation (EO) and Remote Sensing (RS) satellites. India needs to invest on SmSats that can be based in Low Earth Orbit (LEO) for remote sensing.[10] Electronic Intelligence (ELINT) and imaging capability can be integrated in a constellation of small satellites which can render round the clock surveillance. The industry can step in not just to design and build SmSats for military applications but also for launch services for LEO and Geostationary Orbits (GEO). The US and China among other spacefaring nations have been investing heavily on SmSats. In line with its aggressive Civil-Military Fusion policy, China has harnessed private players including several start-ups to build SmSats. While the US launched the maximum number of SmSats in the 2014-2019 period, China has a constellation of satellites as part of the Yaogan series primarily for military purposes.[11] In India, with a cash infusion in space-based programmes witnessing a steady rise – the 2016 to 2019 period witnessed a threefold increase – several start-ups have come to the fore working towards developing efficient, low-cost satellites as their demand continues to rise.[12]

Breaking cost equations is one of the most important aspects of building vital space assets which can be realised by partnering with private players. Designing satellites for military applications, AI solutions for data generated through Space Situational Awareness, training DSA personnel, setting up control centres exploiting existing defence data from ISRO are some of the other areas wherein the private sector can play a vital role.

As per ISRO Chairman K Sivan, our share in the global space economy – approximately USD 360 billion – is only about 3 per cent.[13] However, the budget allocation for space activities has steadily increased over the last few years as our ambitious space missions and commitments are increasing. An amount of Rs 13,479.47 crore was allocated for the Department of Space (DOS) in the 2020-2021 budget – a jump of 7.5 per cent from the preceding year and about 45.2 per cent increase as compared to the 2015-2016 period.[14] This needs to further increase matching global standards, and with a focus on the defence budget for space as well, so that we too have robust and effective ISR capabilities to mitigate any external threats. There is also a need to chart out a coherent doctrinal position on military use of space. We may also think of an ecosystem to foster long-term relationship and investments by engaging competent private players in the space segment for defence. Taking cue from global practices – for example, the way the US Space Command has harnessed private players – we also need to develop trust-based model and policy measures involving private players as well apart from PSUs in the space domain to evolve a level-playing field and develop a strategic partnership in the long run. A synergy between the government and the private players, through government support for the industry’s efforts to innovate and incentivise their R&D activities, can substantially uplift the space capabilities of our country.

[9] Amitabh Sinha (2020), “IN-SPACe explained: what it means to the future of space exploration”, Indian Express, 28 June 2020. Available at https://indianexpress.com/article/explained/in-space-india-space-missions-private-participation-isro-6476532/, accessed on 31 Jan 2021.

[13] Amitabh Sinha (2020), “IN-SPACe explained: what it means to the future of space exploration”, Indian Express, 28 June 2020. Available on https://indianexpress.com/article/explained/in-space-india-space-missions-private-participation-isro-6476532/, accessed on 31 Jan 2021.