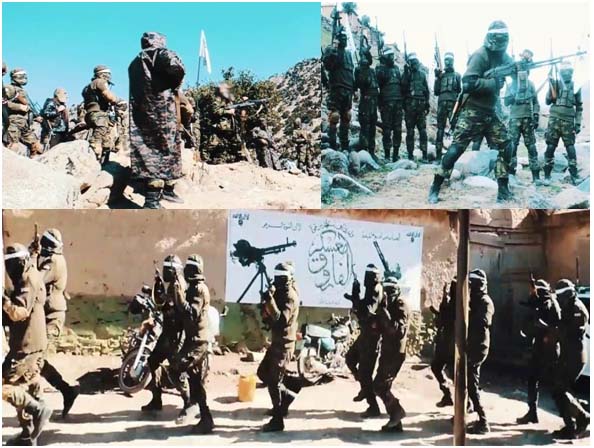 One third of Pakistan is under flood waters on an unprecedented scale; over 1100 lives have been lost, half a million displaced and 33 million affected.  Pakistani Army Chief General QJ Bajwa has appealed to the world for aid though internally he may be happy that the IMF has announced $1.1 billion bailout, the UN is seeking $160 million for emergency relief to Pakistan and UAE, Turkey, Iran, Qatar and UK have extended support. Before the floods, China, Qatar and Saudi Arabia had announced financial assistance to Pakistan to ease their economic woes. According to sources, the Emir of Tehreek-e-Taliban Pakistan (TTP), Mufti Noor Wali Mehsud has banned all kind of meetings with him for at least two months. It is not known whether Mehsud wants no meetings because of the devastating floods or some other reason.

Bruce Riedel, former CIA analyst and counter-terrorism expert who served in the Agency for 29 years, in his book ‘Deadly Embrace: Pakistan, America, and the Future of the Global Jihad’ says that in 1998 he wrote a letter to President Bill Clinton titled ‘Pakistan Is the Most Dangerous Country in the World’.

The above is hardly surprising. It is no secret that Pakistan is a hatchery of terrorists. The US has been blindsiding this matter in its own national interests and many a time used terrorists as proxy boots on ground. But Pakistan has been successfully double-timing America in Afghanistan. Visiting Pakistan in 2011, Hillary Clinton, the then US Secretary of State, while addressing the media in a joint press conference with Pakistani Foreign Minister Hina Rabbani Khar,had warned, “You can’t keep snakes in your backyard and expect them to only bite your neighbour.”

Centuries before Hillary Clinton, Chanakya (375-283 BCE) had said,“If you make the snake drink milk, you increase its venom, not nectar”. History has shown that when the venom levels become too high (read the terrorist organization becomes too strong) backlash becomes inevitable. This has been experienced by the US as well as Pakistan. But it appears that Pakistan will likely experience blowback of the TTP in a not so distant a future.

According to ground reports, hundreds and thousands of heavily armed TTP fighters are converging from different areas around the Durand Line. The TTP already has some areas of Waziristan and Khyber Pakhtunkhwa (KPK) under its sway.  The Durand Line has never been recognized by Afghans, including by the Afghan Taliban ruling Afghanistan and the TTP. In recent months there have been clashes between the Afghan Taliban and Pakistan because of Pakistan’s fencing activities at the Durand Line. The Taliban have been cutting and uprooting the fence at places, which has led to occasional artillery fire from the Pakistani side and even aerial attack in one case.

As of now the Pakistani establishment doesn’t appear worried about the large number of armed TTP cadres converging on to KPK. The Pakistani military and the ISI are confident that they can “empower” the TTP and use them to smother Pashtun resistance. Empowering the TTP implies to let the TTP administer the area unofficially and impose Sharia on the local population.

According to Ayesha Siddiqa, Pakistan-origin scholar at the University of London, “The institutional thinking (inside the military) is that the tribal areas are religiously conservative and the TTP should be allowed to implement their Shari’a-based system to keep the rest of Pakistan secure.” She further said that the Pakistani military views Punjab (Pakistan’s eastern province) as Pakistan’s core whose protection supersedes peace and security in the peripheral regions – least of all the tribal regions.

The Pashtun Tahafuz Movement (PTM), a civil rights organization, is however worried. The PTM blames the Taliban and the Pakistani military for tormenting Pashtun civilians, who make up most of the estimated 80,000 civilians killed and more than six million people displaced since the TTP emerged in 2003. According to ground reports from KPK, not only have hundreds of TTP cadres come into the area recently, but even before Pakistan signed the peace agreement three months ago it had been negotiating with TTP since the second half of 2021.

Manzoor Pashteen, leader of PTM, told a gathering of KPK political leaders on August 16, 2022, that the TTP have already made a significant comeback in Waziristan, formally divided between the South Waziristan and North Waziristan districts. Pashteen said several Pakistani government agreements with the TTP and other Taliban factions before TTP’s eventual departure to Afghanistan in 2014 didn’t lead to peace, and added, “We are not against the negotiations, but we oppose theatrics in the name of talks. We have no choice but to resist. We are against imposing a war on our homeland again.”

Afrasiab Khattak, a Pashtun and a senior leader of the National Democratic Movement, was more direct in saying that the entire negotiation process is aimed at “tackling” the Pashtun political resistance against Talibanisation. According to him the TTP has been violently stopping the election campaign of Pashtun nationalists in KPK and the Pakistani military wants to orchestrate “political engineering” to empower Islamists at the cost of secular Pashtuns. Khattak had survived a suicide attack by the TTP targeting the Awami National Party (ANP) in 2008.

The residents of Swat and the nearby Lower Dir districts staged protests this month after TTP militants established checkpoints, injured and kidnapped Pakistani security forces personnel. They were also blamed for targeted killings and high-profile attacks. Similarly, residents of North Waziristan of KPK have been protesting the rising insecurity and assassinations for more than a month. At the same time, in talks with the Pakistani establishment, the TTP has been insisting that their cadres should return to their homes with weapons.Raised in 2018, the PTM is a non-violent organization, but the Pakistani establishment wants to suppress it because they have been rightly accusing the Pakistani military for collaborating and supporting various Taliban factions.

But adding to Pakistan’s woes, the military has spoilt its relations with the Afghan Taliban resulting in clashes at the Durand Line. On August 22, 2022, Rana Sanaullah Khan, Pakistan’s Minister of Interior, declared Afghanistan as the enemy of Pakistan.Afghanistan has blamed Pakistan for allowing use of its airspace to American drones for attacking Afghanistan including for killing Ayman al-Zawahiri, Al Qaeda chief who had declared support to the Taliban a decade back. Pakistan denies these allegations but Pakistani concurrence is obvious. Pakistan probably doesn’t realize that though it did support the Taliban, it is the Taliban who routed the US-NATO and today are flying helicopters for flood relief in their own country.

In the above backdrop, the Pakistani military may not find handling of the TTP that easy this time since hundreds of their armed cadres are back in Pakistan and thousands are following. To think that the TTP will be satisfied with imposing Sharia in KPK is naïve in the first place when the TTP had made it more than clear years back that their aim is to overthrow the Pakistani government and bring the whole of Pakistan under Sharia rule.  This also is the aim of the Afghan Taliban and both are inexorably linked. That is why thousands of TTP cadres including leaders were released from prisons in Afghanistan immediately after Kabul came under the Afghan Taliban.

The three month old ceasefire between the TTP and Pakistan is unlikely to last. Thousands of TTP cadres are undergoing rigorous combat training including sniper training, in camps in Afghanistan and appear determined to hit Pakistani security hard this time. At the Al-Farooq training camp alone, more than 100 foreign fighters and more than 200 teenagers are undergoing training to fight against Pakistan. The training included training fighters to operate drones and other modern equipment. Significantly, a specific number of TTP cadres are also undergoing sea training for naval combat in order to take on the Pakistani Navy at sea and in ports. All this indicates that the Pakistan-TTP war may break out in the near future and this time Pakistan will likely experience much more instability and violence than before.

As for India, some 20-25 Islamic State’s Central Asian terrorists have been under training in Kunar Province of Afghanistan under some Pakistani-military-ISI instructors According to ground reports they were chanting slogans against many countries including India. The capture of one IS terrorist in Russia who was on a suicide mission to India via Turkey is already in the news. But more suicide terrorist will be making similar attempts and this cycle is likely to continue given the attitude of Pakistan.