Pakistan-China headed for Massive Shift due to Geopolitical Compulsions 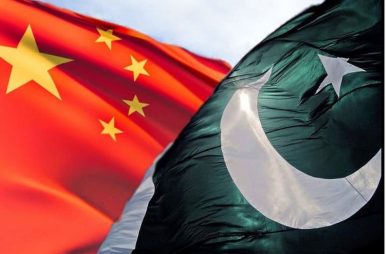 Geopolitical compulsions seem to be bearing down heavily in steering Pakistan- China ‘All Weather Iron Brother Relations’ towards a massive shift in end-2018 whose first indicator has been the less than successful first visit of new Pakistan Prime Minister Imran Khan to Beijing from November 02-05 2018.

In end 2018, Pakistan-China relations seems to be headed towards ‘climate change’ and the ‘iron’ that clad this strategic embrace is showing the first few specks of rust. China and Pakistan were glued together strategically only by their convergent national aims of downsizing India arising from their wars of aggression against India.  India’s global geopolitical significance in 2018 changes all their obsessions.

China has belatedly recognised that India under PM Modi has broken out of the China-Pakistan Axis straitjacket that they had jointly imposed forcing China to ponder over redefining its South Asia formulations. Pakistan too would in course of time recognise the prevailing ground realities and re-calibrate its India policies minus its strategic patrons.

Geopolitical changes sweeping Indo Pacific seem already to have affected China and Pakistan which may in their wake bring massive shift in their mutual assessment of each other’s strategic utility. China more than Pakistan will initiate shifts in the China-Pakistan relations. This is already is visible in China’s political reachout to India in the China-Pakistan-India confrontational triangle.

Pakistan PM Imran Khan having gone to Beijing with high hopes that China would bail out Pakistan and his Government with billion dollar infusions of aid to tide over Pakistan’s crippling financial state returned emptyhanded. China stated officially that more detailed discussions were required by China with Pakistan before any commitments could be made.

While China can ill afford to jettison Pakistan from the core of its strategic calculus cantered on South Asia and South West Asia immediately, one can safely state that the first dots of a possible trend have started appearing.

Geopolitically, two significant developments have taken place in 2018 for both Pakistan and China and which in their wake is likely to affect the existing equations in the region. The impact is going to be more on Pakistan and the Pakistan Army which so far has traded with United States and China the geostrategic location 0f Pakistan to bestow on Pakistan, a ‘strategic equivalence’ with India as the naturally predominant Power in the Indian Subcontinent of which Pakistan is just a sliver on its Western periphery.

Pakistan in January 2018 lost its valued strategic counterweight against India when US President Trump put Pakistan on notice by cutting off all military aid to Pakistan till such time it does not effectively implement a complete cessation of terrorist groups operating from Pakistani territory against India and Afghanistan.

Pakistan therefore in 2018 has been therefore effectively left with only China as an operative counterweight against India. Even Saudi Arabia which has been generous with Saudi doles to bolster Pakistan in return for nuclear weapons or a nuclear umbrella of sorts has sought it fit to balance its relationships with diplomatic reachout to India—Pakistan Army’s arch rival.

It needs to be recalled that within Pakistan for the last year media reports within Pakistan has been airing misgivings in different quarters of Pakistan on the wisdom and viability of CPEC to deliver the promised economic returns to the average Pakistani. It seems that the Pakistani Establishment sold away Pakistan’s own economic and national security interests to sustain Pakistan Army’s disruptive and destabilising moves against India and Afghanistan.

In 2018, the Pakistan –China relationship’s value is not being contested by China also but more within Pakistan where perceptions arising from CPEC generate the feeling that China’s CPEC is more about serving China’s strategic needs than the real economic development of Pakistan.

Moving to the global geopolitical developments having a bearing on China’s policy attitudes towards Pakistan, it can be stated that China has many concerns on Pakistan’s foreign policy under siege by economic compulsions. The chief reason is Pakistan PM Imran Khan’s over-reliance on Saudi Arabia. China perceives that a debt-ridden Pakistan beholden to Saudi Arabian economic doles will result in Pakistan getting sucked into the Saudi Arabia-Iran power tussle. The consequences of such a contingency do not serve China’s national security interests in this region.

The second major concern on Pakistan in China is worsening of Pakistan’s relations with the United States. This too, at a time when China itself is engaged in cooling-off the trade war with the United States. At such a juncture, China would not like to be forced into taking Pakistan’s side as Pakistan emboldened by its perceived impression of China being a counterweight against United States continues to provide safe havens within Pakistan to internationally outlawed Islamic Jihadi groups affiliated to Pakistan Army.

Pakistan Army’s obduracy on not reining-in its terrorist group’s affiliates could invite strong action including military to render this scourge impotent. In this connection attention needs to be drawn to lack of China support to Pakistan Army when US Special Forces carried out liquidation of Osama bin laden deep within Pakistan in Pakistan’s premier garrison town.

In China’s strategic calculus, it is my assessment that China does not perceive that the Pakistan-China Axis is not of much of a strategic asset in face of the strategic partnerships taking place between the United States, India and Japan.

Pakistan’s ‘China Card’ which Pakistan played in its relations with the United States and more so against India seems to have been trumped in end-2018 by significant geopolitical churnings involving both Pakistan and China. United States has cut off military aid to Pakistan on which Pakistan Army thrived and stood empowered to challenge India despite its glaring asymmetries with India.

India under PM Modi while engaging China diplomatically yet standing firmly against Chinese military standoffs like Dokalam in 2017 has refused to steadfastly to open peace dialogues with Pakistan on the principle that Pakistan Army must cease its proxy war and terrorism strategies against India and more notably in Kashmir Valley.

Pakistan’s crippling economic situation in addition to the above is also due to China having economically enslaved Pakistan in a virtual economic bondage. China accounts for 46% of Pakistan’s overall trade deficit. This coupled with Pakistan Army’s military inventories being wholly Chines origin gives China a crippling stranglehold on Pakistan’s national and economic security.

It was this which prompted me to pen a Paper last year titled ‘Pakistan 2017 Comprehensively Colonised by China’., more reminiscent of the East India Company carving the British Empire in India. Strange how the Pakistan Army which vainly projects to the people of Pakistan that it is the glue that holds Pakistan together submits itself to concubinage subservience to China.

With such a contextual backdrop what again comes to the fore is what I have consistently repeated in my Papers and my Book, that even if Pakistan wishes to over-throw the Chinese yoke; it will not be in a position to do so. China has made far too many strategic investments in Pakistan and on the Pakistan Army as the custodian of China’s interests in Pakistan and the region to let go of its stranglehold on Pakistan without a bitter fight. This will be more impelled by China’s interest in completion of CPEC at whose terminal end lies Gwadur which is intended to be a Chinese Navy Base on the North Arabian littoral next door to the Hormuz Straits

In Conclusion, one can safely assert that geopolitical winds of change which have rendered in end-2018 the existing China-Pakistan Axis strategic template inadequate would not in the distant future is likely to witness massive changes due to geopolitical compulsions. China is already seems to be in the process of doing so. Pakistan is likely to be convulsed into redefining Pakistan Army’s obsession with downsizing India by asymmetric terrorism strategies secure in the belief that the ‘China Counterweight’ is there to cover Pakistan’s military adventurism against India.