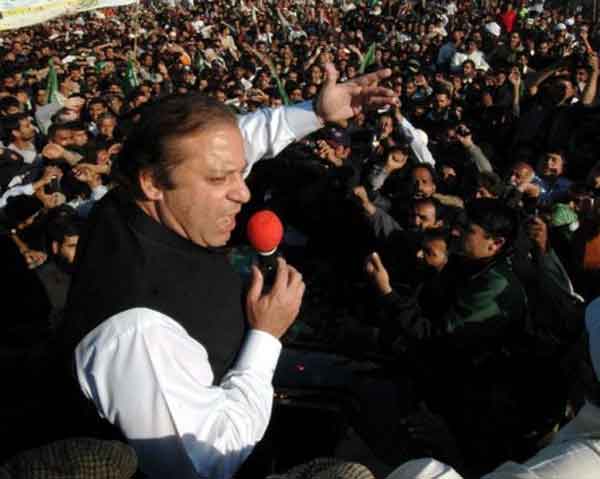 Pakistan is headed towards another period of uncertainty. With the developments unfolding over the last few days pointing to the increasing role of the army in meditating in a dispute that was largely civilian and political in nature, no one knows how the script will unfold from here on. Imran Khan of Pakistan Tehrik-e-Insaf party would have us believe that he is spearheading a civilian movement in concert with Pakistan Awami Tehrik chief Tahir ul-Qadri. But two things stand out against this assertion.

Given the nature of Pakistan’s polity and its society, it is clear that the parliamentary system of democracy is turning out to be a failure there.

First, a middling gathering of just a lakh of supporters of the combine in Islamabad does not point to a civilian up rise. Rather, it points to anarchy. It also points to the fact that how one or two men can hold a nation to ransom. Pakistan has not erupted in anger. There have been no large scale protests against the government in its major cities of Karanchi, Lahore or Rawalpindi. Second, as Javed Hashmi, a senior leader of Imran Khan’s party has said, the protests are being staged in collusion with the army. Even if we were not to take Hashmi’s allegation at face value, there are several other pointers to this collusion.

Just days before Imran announced his intention to march to Islamabad, the army managed to convince the Nawaz Sharif government to hand over Islamabad’s security to them. Then, throughout the protests, the army has been advocating a policy of restraint against the protestors – a bullet-less retaliation in their words. In other circumstances, the army would have dealt with the protestors in their own brutal fashion, securing and clearing the capital within days. But this time, it has given them a free run, just calling them to eschew violence.

The army chief, Gen. Raheel Sharif, had also visited the Prime Minister, leading to speculations that Nawaz Sharif was asked to resign by the army. Javed Hashmi has also alleged that Imran had told him that everything was set and they would file a petition in the Supreme Court, get a judge of their choice, and have the last elections annulled. Fresh elections would be held later in September. Imran Khan’s party has denied all the allegations.

The Nawaz Sharif government is seen to have made a huge tactical blunder in not acceding to Imran Khan’s demand of having a recount in several key constituencies just after the elections. The government’s denial gave Imran a handle to claim that the elections were rigged. Although most international observers have certified that those elections were by and large free and fair, having a recount would not have hurt then. The denial and its repercussions are now proving too hot to handle for the Sharif government and have brought it to the brink. Most observers in Pakistan believe that since the army is being neutral, and hence thought to be leaning towards Imran Khan and Qadri, Sharif’s days are numbered.

Civilian governments have no alternative but to listen to the generals given their propensity to overthrow democratically elected governments.

But even if the Sharif government falls, with the army increasingly asserting itself, there is no guarantee that fresh elections will be held. The army might want to keep the power in its hands. Pakistan has already had three successful coups and four periods of military rule. It may be that this time the army is using Khan and Qadri as pawns in a larger game. Pakistan’s military is highly politicized and thinks that civilian governments are incapable of ruling the country. Even when a civilian government is in power, the army and the ISI call the shots in many key areas of governance.

Civilian governments have no alternative but to listen to the generals given their propensity to overthrow democratically elected governments. Finally, even if fresh elections are held, Khan and Qadri should be under no illusion that they will be voted to power as they do not seem to have widespread support within the country. What happens then? Will Khan and Qadri launch another anarchist movement against the new, democratically elected government?

Nawaz Sharif has limited options. He had set up two separate committees to look into the demands of Khan and Qadri. His government had tried to talk to the representatives of both the parties. But how do you talk to someone whose sole intention is to make you resign and leave the post to which you were democratically elected, that too just some months back? In any case, Khan had imperiously and undemocratically suspended the talks after just one session of a few hours. That showed he was not seriously interested in talking in the first place.

Given the nature of Pakistan’s polity and its society, it is clear that the parliamentary system of democracy is turning out to be a failure there. They should devise a new system where the politicians, the army, the judiciary and the civil society all share power in a unique Pakistan-specific way. Only then might the country see stability in the long run, leading to development and betterment of the lot of its poor. It will also be good for peace and prosperity in the whole region.

2 thoughts on “Pakistan: A Failed Democracy”