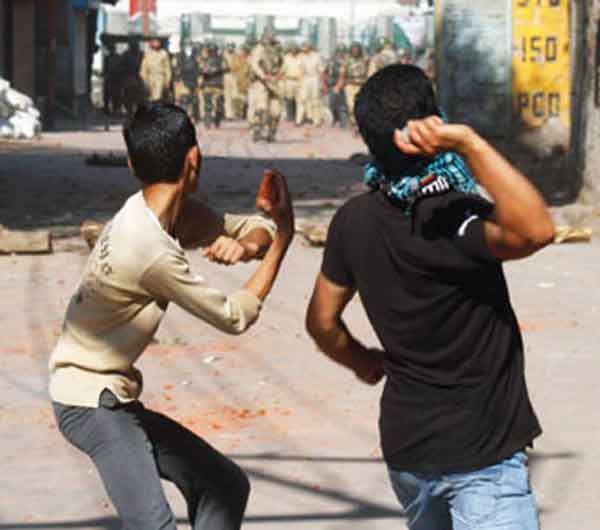 The Kashmir solidarity day is observed every year in Pakistan on 05 Feb. It organizes rallies and statements are issued by the top leadership in support of the ongoing agitation in the valley. It is an occasion by them to project and honour anti-India terrorist groups and the separatists. An additional event this year was the conduct of a “so-called international conference on Kashmir” in London, attended by the Pak foreign minister alongside some British Members of Parliament, most with Pakistani roots.

The Pak President using the occasion,placed a string of demands for the Indian Government, none of which were new.Addressing the people of Kashmir, he stated, ‘We reassure our Kashmiri brothers and sisters that we will remain consistent in our principled position on Kashmir. The entire Pakistani nation stands with its Kashmiri brethren in their valiant struggle to achieve the legitimate right to self-determination’. Even their Prime Minister issued a near similar statement.

The ‘so-called international conference’, as per Radio Pakistan, also issued a resolution urging the international community to take measures affecting human rights in the valley. The Pak foreign minister Qureshi stated a lie when he said, ‘India is using different tactics to change the demography of the valley’. In fact, the demographic change in Kashmir is in the reverse, with the forced migration of Kashmiri Pundits. Yaseen Malik, in a video message from the valley compared Kashmir to Afghanistan claiming that the solution to Kashmir lies in talks, akin to talks now underway on Afghanistan.

In a hypocritical action, Pak diplomats did not permit representatives from POK to attend the conference. They were told to leave as they remained a ‘security risk’. Even a British parliamentarian, Julie Cooper, walked out in protest at this action. The complete event had but a few takers, Pakistani nationals and a few members of the British Parliament, most being Pak born. The Indian press was also barred, indicating that the organizers were aware that the event was a ‘flop’ and did not desire that it was leaked. In an earlier action, Qureshi had irked India by speaking to Hurriyat leaders in Kashmir.

India employed its diplomatic clout to ensure that the Pak foreign minister was given no coverage on his visit to the UK. He was neither accorded the status of a formal visitor nor permitted to meet any British official during his visit. Thus, the conference was just to satisfy domestic audiences in Pak, with no official outcome on the global stage.

The press in India and Pak gave vastly different projections of the Kashmir Solidarity day. The Pak press projected it as a major achievement in projecting to the world India’s handling of the Kashmir dispute and its employment of force in the region.

The Indian press projected the failure of Pak to gain any international media attention to the same, while highlighting the atrocities being committed by them on residents of POK, Sindh and Baluchistan. The Pak media conveniently ignored counter protests by residents of POK in different parts of the globe including close to the venue of their conference.

India has regularly stated that Pak has been speaking in double voices. On one side it mentions talks and on the other irks India by adopting antagonizing measures. In an interview to a local TV channel, post the conference, Qureshi again stated that he is ready for talks, while India is unwilling. Qureshi was also the foreign minister when Mumbai attacks occurred. He was seeking to continue with his Indian itinerary when he was instructed by Pranab Mukherjee, then the Indian foreign minister, to return to Pak immediately.

Pak does not have many options other than to continue harping on the issue at the international stage. Kashmir is no longer a dispute listed under the UN and the world community is aware that India would not accept any third-party mediation. India is too powerful a country to be browbeaten into talks with Pakistan. Further, Pak has realized that its attempts at bolstering the militancy is unlikely to succeed as Indian forces have been able to reasonably contain it.

The only option open to it is to continue funding the separatists and their over ground workers in the hope that they could induce more youth to pick up weapons against the state. With despondency setting in and the use of a well-planned strategy, the militancy is presently restricted to a small area of about a hundred square Kms in the valley. Most militants have short life spans as even locals are unwilling to provide them shelter.

With Indian elections drawing close, Pak has realized that if it can create confusion within the minds of Indian voters, it could lead to a fractured result, implying a weaker Government at the centre, which could be more amenable. Hence, while on one side it continues to harp in talks, on the other it accuses the Indian government of its actions in Kashmir.

Realistically, Pakistan is aware that no Government would wish to resume talks, post being threatened and accused. Talks can only come forward in an era of trust and confidence. Its anti-India actions would only push India further away, which it can afford to do, forcing Pak to keep crying to the world, but to no avail. Hence, every offer for talks is either rejected or ignored.

It will remain the same, unless Pak creates an environment which is conducive for talks. In the meanwhile, Pak is forced to spend vast sums, which it can hardly afford, to maintain the force which it needs to keep India at bay. Last week, their finance minister stated that despite cuts in every other sphere and a spiralling deficit, the defence budget would remain the same.

Since the present regime in Pak is a puppet of the army, it would need to toe the army line, which is against talks, as it could weaken its internal standing, with a reduced budget. Hence, it would continue mentioning talks, while needling India with actions contrary to its offer. Unless pushed by internal financial pressures, nothing will change in Pak’s approach.