Origin of Cavalry in Indian Army and the Silladar System 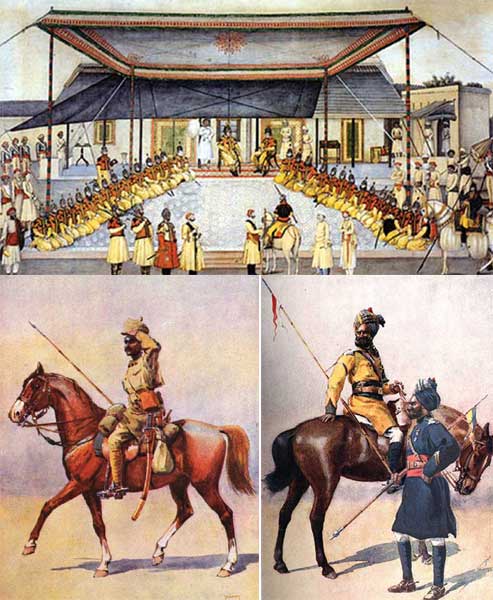 The story of modern cavalry of the Indian Army started in 1796 when the Honourable East India Company (HEIC) raised first of the three, European styled, native cavalry regiment in Bengal Army. At that time, there were three presidencies in India – Bombay, Bengal and Madras. Each presidency had its own army. By 1857 Company had 10 regular regiments of cavalry in Bengal Army, 8 in Madras Army and 3 in Bombay Army.

Each regiment had about 24 British Officers and 400 native cavalrymen. For the role of light cavalry, Company relied on the troops raised by its allies but eventually in the beginning of 19th century, Company had to raise its own units under the title “Local Horse”. Legendary Skinner’s Horse regiment was one of the first such units. These were the Irregular Regiments which outperformed regular regiments of the company so badly during the mutiny of 1857 that in Bengal presidency almost all the regular cavalry units of the Bengal Army were disbanded and irregular cavalry regiments formed nucleus of the Indian cavalry. Skinner’s Horse became 1st Regiment of Bengal Cavalry.

There were three main reasons of the outstanding performance of the irregular regiments:– 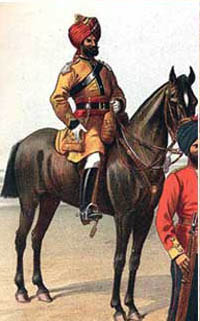 Silladar System – Irregular cavalry regiment system was based on the concept of Silladar. The word Silladar means “bearer of arms” in Persian and it was the name given to native cavalrymen who would join the irregular regiments. A recruit was supposed to provide his horse, stabling attendant, forage, camp equipment, clothing and weapons. (later Govt started providing weapons and ammunition to bring uniformity.) For this, Silladar would receive a higher pay than his equivalent in the regular regiment who was totally fed and equipped by Government. Silladar was entitled for compensation if his horse was killed in action but if the horse died or became unfit due to carelessness or disease, then he would have to arrange for replacement of the horse. 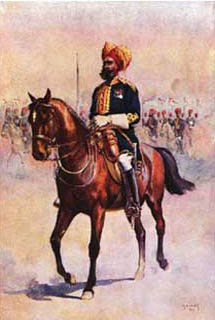 There was another interesting aspect of the Silladar system. Every Silladar owned his ‘place’ or ‘berth’ in the regiment. This was called ‘asami’ and was regarded as property of the Silladar. Asami could be handed down from father to his son or used as a form of subsistence for the widow or the family of the dead Silladar. Owner of the asami was free to sell it or hire it out to any soldier wishing to be recruited but did not own a mount of his own. Such recruits were called Bargeers or Bargirs. Bargeers would receive one third of the wages and two-third portion would go to the owner of the asami. Skinners horse regiment had as many as 400 Bargeers. In 1841, in Scinde Irregular Horse regiment, 20 asamis were owned by people not serving in the regiment and three were owned by a Bhisti (water carrier). This system continued till World War I but its substitution part was abolished in 1861.

The main problem of this system was lack of uniformity, substandard horses and equipment, which eventually became main reason of its abolishment. The system was modified in second half of the 19th century and regiments started providing recruits with a horse, equipment and uniforms for their value in money. On his retirement, sowar retuned these items for their market value in cash.

The legendary Skinners Horse regiment implemented this change when Govt issued Carbines to the regiment. In 1872, the Horse Chunda Fund was setup in the regiment and each recruit, on joining the regiment, used to pay a fixed sum of money to get horse and equipment. This system continued till WWI when a recruit used to pay Rs. 250 for the horse, Rs. 50 for his half share in mule and approximately. Rs. 150 for uniform and equipment. It is interesting to note that the pay of the recruit was Rs 34 per month plus Rs. 5-8 as dearness allowance and the recruit had to provide for his own tent and transport. So it is not surprising that the Indian cavalry regiments were not as well mounted or equipped as the British cavalry regiments of the British Expeditionary Force.

That is where the Silladar system broke down completely. It became impossible for the regiments to provide regimental pattern equipment for all the theatres of war and to return asamis of the dead and injured sowars whose count was increasing rapidly due to the Great War. After World War I, the Indian Army was reorganised and the Silladar system became part of history. 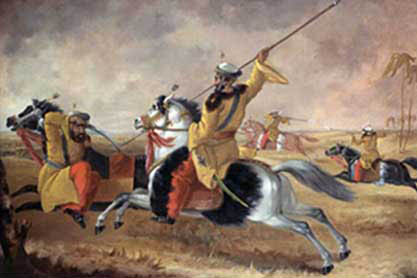