Of Fratricide and Air Defence Command 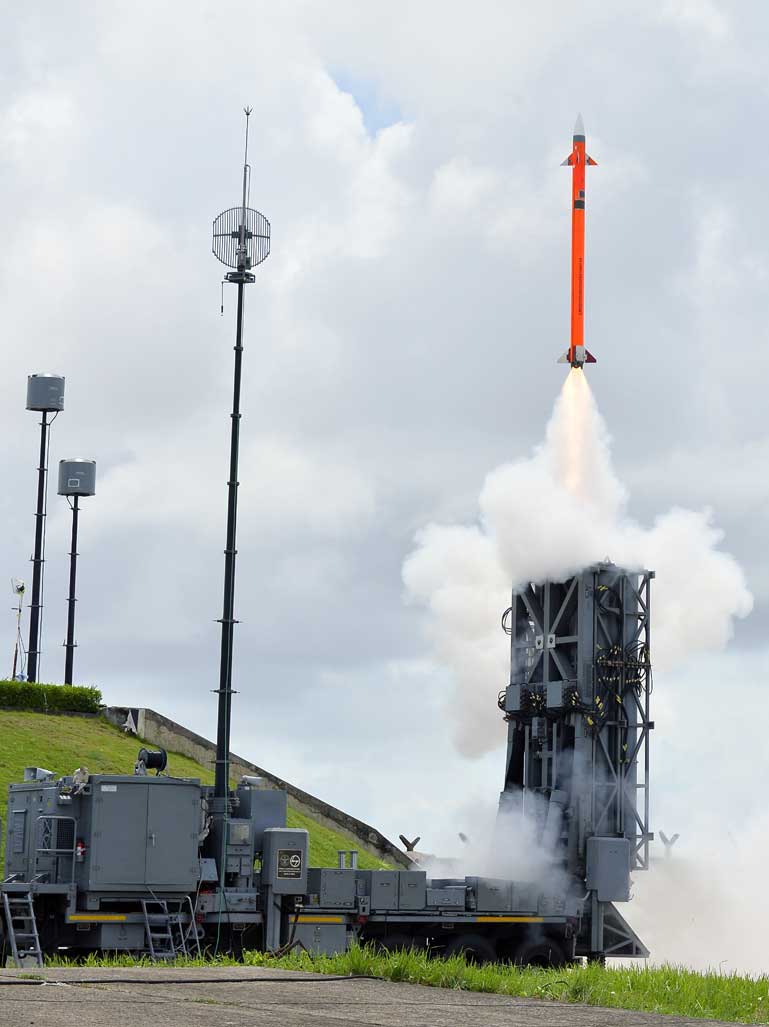 In 2003, during the invasion of Iraq by United States led forces, 62 firing units of Patriot missile system followed the advancing troops providing them a continuous air defence cover. As the allied air forces went into operations against the Iraqi regime, what was of greater concern was not the scores of Soviet era Surface to Air Missile (SAM) batteries but the Patriot. “The Patriots scared the Hell out of us,”reported one F-16 pilot1.

As per a well-known defence analyst, many allied pilots believed that the Patriot posed a greater threat to them than did any [surface-to-air missile] in Iraq’s inventory2. The fears were not unfounded as Patriot missiles shot down two allied warplanes, killing three crewmen and in a separate case, a United States Air Force pilot actually fired on a Patriot crew. It was almost as if there was a ‘civil war between missileers and fighter pilots’.3

Why this is relevant today and for India is because on taking over as India’s first Chief of Defence Staff, General Bipin Rawat in his very first meeting after taking over on 1 January 2020 directed Headquarters Integrated Defence Staff (IDS) to prepare a proposal by 30 Jun 2020 for the creation of Air Defence Command (ADC). While the reasons for going in for the same were not immediately known. In an interview, General Rawat did mention that one of the reasons for the proposed air defence command was the need to avoid fratricide. Quoting from the news report4,

“ The CDS said the defence of the airspace is critical and somebody has to be responsible for that. “That responsibility has been given to the IAF. But the resources to defend the air space are with three separate services. Should this not be coordinated? Or should you keep hitting your own aircrafts and UAVs?” (emphasis added)

“If you have to ensure there is no fratricide, for every weapon system fired in the right time at the right aircraft, the command and control instructions should come from one entity. As of now it’s not,” he said. (emphasis added).”

While the debate about the need, or not, for an air defence command can be done later (maybe its too late for that!), the issue of fratricide is one that needs to be discussed as creating one monolith with command over all air defence assets is not going to prevent any (unfortunate) incident of fratricide. While it may be desirable, one ‘command’ is not going to solve the problem of fratricide. On the other hand, putting air defence assets of Air Force and Army Air Defence under one command may well create more problems than it would (hopefully) solve.

Focussing only on the issue of fratricide, it will be advisable to look at cases of fratricide over the years, and why they occurred for a better understanding of this issue.

In our context, the Army Air Defence (then the Air Defence Artillery as part of regiment of Artillery), soon after its raising, first took part in World War II. The control over all anti-aircraft (AA) assets was with the Air Force that issued detailed instructions through the formation headquarters but the AA units were not placed under the Air Force or a unified command. At places, a procedure of ‘gun night’ and fighter night’ was enforced whereby either of the AA guns or the fighters engaged the intruding aircraft. At air bases, the engagement by AA guns was controlled by the base commander – with the AA units remaining under command of the AA Brigade/Regimental commander. This system worked well and there are no recorded instances of fratricide involving Indian AAD. It was not that lapses did not occur. In one instance, guns of 8th Indian Heavy Anti-Aircraft Battery while deployed in Burma did fire on friendly (Royal Air Force) aircraft in January 1941 but no damage was caused5. Another incident is of Royal Air Force (RAF) aircraft entering a prohibited zone over Dibrugarh in Assam but in this instance, the Anti-Aircraft merely reported the incident and did not fire6.

A variation of prohibited zones for aircraft was used in Great Britain during the World War II when a ‘gun belt’ was created along the coast where the RAF aircraft were prohibited to operate. Such procedures of geographical restrictions are used even today.

Coming to the ‘fire orders’, the detailed instructions were issued about the opening of fire and were strictly enforced. It is not to say that no lapses took places but they were so rare that there was no need to change the overall system. And this, with a rudimentary surveillance and control arrangement during the World War. There were seven ‘filter’ stations which received the warning of enemy air raids from the radars, filtered the information and passed on to the air bases and the ‘control centres’. The warning of raids- ‘red’ and ‘orange’ was passed on to the AA units who thereafter took on the intruders7. The system worked satisfactorily with nether an incident of fratricide.

It was another twenty years before Indian AAD took active part in a war as Pakistan invaded India on 1 September 1965, launching Operation Gibraltar in the Aknoor sector. As the Pakistani thrust threatened to break through the Indian defences a call went out to the Indian Air Force for close support. After getting the go-ahead from the Raksha Mantri, the Indian Air Force launched its Vampire fighters from the Pathankot air base. As the Indian troops waited for the Vampires to attack the Pakistani positions, it was with a sense of shock that they saw the Indian Air force Vampires fire at the 3 MAHAR positions8. Thankfully there was no serious damage and soon the Vampire were blasting away the Pakistani armour.

This was on the very first day of the 22-day war and it was not any AAD guns ‘firing away at own aircraft’ but in a case of mistaken identity in the heat of battle, Indian Vampires attacking own troops.

No Indian Air Force aircraft was lost to ‘friendly’ fire of own AD guns during the war though on the last day a Mystere of No 3 Squadron, IAF was shot down by own fire in a case of fratricide. In this case, it was small arms fire that brought down the Mystere. Luckily Flight Lieutenant Prem Ramchandani survived9.

There is of course the ‘mystery’ of an aircraft being shot down by own SAM on when a loud bang was heard over Delhi on 8 September 1965. The newspapers next day reported that an aircraft had been shot down but Pakistan denied any such loss and in turn claimed that an Indian An-12 had been shot down by the SA-2s. While the SAM was fired against an ‘unidentified’ target, what was shown as wreckage of an aircraft was the wreck of the self-destructed missile10. The identity of the target was never clearly established but it was an IAF SAM unit that launched the missile and not an AAD battery.

Even during the India-Pakistan War of 1971, no Indian Air Force aircraft was lost to own AAD fire11.

Wars in the Middle East

Some of the worst incidences of fratricide have taken place in Middle East. During the six day war of 1967, an Israeli MIM-23A HAWK Battery shot down an Israeli Dassault MD.450 Ouragan on the very first day, when the pilot flew close to the Dimona nuclear reactor and did not respond to the warning calls on the radio to turn away12. Besides the tragedy of the loss, what makes it relevant is the fact that the HAWK surface to air missile system was under the Israeli Air Force as part of its Air Defence command.

Worse was to come in the next war- the Yom Kippur War of 1973 when Egypt lost 59 aircraft to ‘unidentified causes’ of which fratricide was a major factor. Here again, the Egyptian Air Defence Command was controlling the ground based surface to air missiles and AA artillery13.

Though detailed records of actual losses are not available for the Iran-Iraq war, it saw heavy losses to fratricide, especially in case of Iraq. Plagued by poor equipment reliability and ill-trained personnel, Iraq adopted a system of designating geographical areas where ground based air defence weapon systems (GBADWS) were free-to-fire zones with the Iraqi Air Force prohibited from operating in these areas. The arrangements for warning the GBADWS were so dismal that a common method employed to alert Popular Army units on air defence duty was to play patriotic songs on the radio14.

On 23 March 2003, a Patriot battery shot down a Royal Air Force Tornado fighter-bomber returning to Kuwait after a mission over Iraq. The two crew died. The next day, an F-16 pilot was flying over An Najaf in Iraq when a Patriot radar locked-on the aircraft. As the pilot got an alert that he was being ‘painted’ by the Patriot radar, he fired a HARM anti-radar missile that destroyed the Patriot’s sensor dish. The Patriot crew was thankfully saved. It was termed an ‘accident’ but as one F-16 pilot noted, “No one was hurt when the Patriot was hit, thank God, but from our perspective they’re now down one radar. That’s one radar they can’t target us with any more.” It was not the end of the ‘war’ as on 2 April, a Patriot shot down a U.S. Navy F/A-18 fighter over southern Iraq, killing the pilot. The F/A-18 pilot had detected the incoming missile and had tried to dodge it but failed to do so15.

The reasons for these fratricide cases were duly investigated after the war and though the report remains classified, three main reasons were mentioned in the part put out in the public domain. These were- firstly, over deployment leading to mutual interference and over-reliance on automated response in case of the radar picking up an aircraft track; secondly, communication failure and thirdly, in-built system limitations in target engagement drills including failure in Identification Friend or Foe (IFF) system.

The incident that sparked the debate- and this article was the shooting down of a Mi-17 V-5 chopper of the 154 Helicopter Unit on 27 February 2019 by a IAF Spyder missile. As per the news reports, three IAF personnel were found guilty of lapses leading to the mishap. They are the Air Traffic Control (ATC) in-charge who failed to warn that the helicopter was a friendly aircraft, the Terminal Weapons Director (TWD) of the airbase who cleared the launch of the missile and the Chief Operations Officer (COO) of Srinagar air base16.

What is of equal, if not greater concern, is the ‘other’ type of fratricide- targeting and killing of ground troops by airborne platforms. In recent conflicts, the losses in such cases of fratricide far outweigh the losses of aircraft from own ground fire and the recurring cases of fratricide due to incorrect targeting by Air Forces is serious enough an issue to warrant a detailed study. In a similar finding into the causes of fratricide, a study found that integration issues between Army and Air Force personnel continued to hamper the execution of the close support missions and may contribute to fratricides17. This ‘lack of integration’ again flows from lack of communications and information.

As this article is about fratricide because of GBADWS, this issue is not being discussed further.

2 thoughts on “Of Fratricide and Air Defence Command”