Nowruz Celebration and its Cultural Significance in Afghanistan! 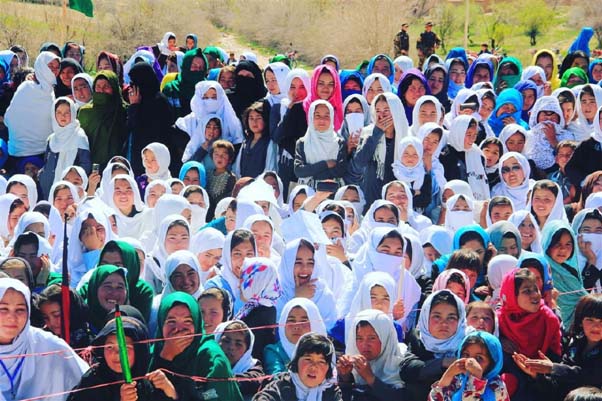 Happy 1401 Solar Year to Everyone Around the World

Characteristics of a Nation

Whenever characteristics of an individual, society, or nation are mentioned, its cultural effects are evaluated first because it is through the knowledge of the culture that its elements. i.e., thoughts, beliefs, art, traditions, etc., can be understood. In the course of historical developments in interaction with humans, these elements sometimes grow and develop and at other times change or evolve. Nowruz celebration is one of the ancient traditions in Afghanistan, neighboring countries, and especially Persian-speaking countries. Like Iran, Tajikistan, India, Kazakhstan, Albania, Syria, Azerbaijan, Pakistan, Iraq, Georgia, Kyrgyzstan, Turkmenistan, and Turkey, performed in different ways according to historical developments and according to special cultural and geographical conditions. Therefore, this article first deals with the historical roots of the Nowruz celebration in Afghanistan. And then briefly introduces and depicts the Nowruz celebrations in this country.

Natural and Human Geography of Afghanistan

Afghanistan is a mountainous country with an area of 649,000 square kilometers. The length of the country’s land borders is 5449 km. It is located south of Tajikistan, Uzbekistan, Turkmenistan, and the Amu River. In this way, 1206, 137, 744, and 800 km west are connected with the Islamic Republic of Iran. It also has a 76 km border with China. Afghanistan is located west and southwest of Pakistan and has approximately 2430 km of joint border with Pakistan. However, Afghanistan is a multi-ethnic country with about 23 dialects. Still, its main dialects are 35% Pashto, 50% Persian, 11% Uzbek and Turkman, and 4% are Afghanistan’s other dialects. Afghanistan Religiously, approximately 25 percent of its population are Twelver, or duodenal Shiites, and 75 percent are Sunni Hanafis. Therefore, Afghanistan converted to Islam for the first time in the solar years 33. Before that, Buddhism prevailed in the south, and Zoroastrianism prevailed in the north of Afghanistan.

The ancient celebration of Nowruz has been held in this land in a special way since ancient times. Because on the one hand, this celebration promises the end of the winter season. On the other hand, it inspires spring and the rebirth of nature in this land of tulips named Afghanistan. Therefore, ancient Afghanistan historical studies show that this celebration has been passed down from generation to generation throughout history and has been left as a precious heritage. In addition, this glorious celebration has been held in extraordinary ways in each historical and period, in accordance with its conditions and political systems. Nevertheless, a host of ceremonies, occasions, and joint activities take place on the eve of Nowruz in most countries, especially in Afghanistan, such as moving house, washing carpets, cleaning the yard, as well as providing new clothes for family members. Buying new clothes for family members, nuts and dried sweets, types of fruits … and other needs necessary during the Nowruz rituals in Afghanistan are part of the celebrations.

Before the year’s delivery, people make the tablecloths with Haft-Sin or seven colorful fruits and put a volume of the Holy Quran on the tablecloth. All the family members gather around the tablecloth and wait for the arrival of Nowruz and the New Year. This time, the head of the family sits at the top of the assembly and recites the Nowruz prayer during the New Year delivery. Other family members raise their hands as a sign of gratitude to God for answering prayers. Thus, family members are divided into three groups (children, adolescents, women, and men). First, a group of children and teenagers go to the head of the family or tribe, such as paternal uncles or maternal uncles, and receive festive or Edi gifts.

Usually, the men of the tribes give ordinary banknotes, and the women offer sweets and nuts as Nowruz gifts to children and teenagers. Also, from the first day of Eid, all men of a tribe gather in one place and then go to the house of the white beard of the tribe to pay their respects and say Nowruz greetings. And then eat food and sweets with each other. Therefore; Women go to their respective cemeteries on Thursday afternoon at the first week of Nowruz, to the best of their ability and financial means. After reciting the prayers, they eat together and offer vows if there is a traveler. Suppose family members live far away from each other or live in other cities in Afghanistan. In that case, they will go there after the seventh day of Nowruz and congratulate each other on Nowruz Eid. Of course, every province or city in Afghanistan has its special ceremonies, some of which I will explain here.

Kabul and Mazar-e Sharif of Afghanistan

The people of Kabul and its suburbs often go to Mazar-e-Sharif to celebrate the ancient Nowruz to the Hazrat-e Ali shrine. They go to the righteous, to the lovers and mystics, and Khajeh Safa and the garden of Babur Shah. What gives this ceremony a special atmosphere is the raising flag of Sakhi. It is also called (Jahindeh or Flag) in Mazar-e Sharif of Afghanistan. Some people believe that Imam Ali, who was sitting on the judgment seat on the first day of Nowruz, has established justice and equality. First by firing three bullets and then by playing music, the flag of Imam Ali is raised in Mazar-e Sharif in the north of Afghanistan. Therefore, whenever the flag is easily raised with rain and snow. Also, if the flag is difficult to raise, people think this year has a bad omen and presage. After the flag-raising, a government official named Shah-e Olia spoke about the New Year. Then a cleric prayed for the happiness, prosperity, health, and safety of Afghanistan people and the world’s Muslims.

Herat Province: Residents of Herat city in western Afghanistan often gather together to celebrate Nowruz in the General Mosque of Herat city, which is one of the largest mosques in Afghanistan, and after thanksgiving and prayers goodness, they ask for bliss, health, peace, and security from the court of God Almighty. Then they happily congratulate each other on the New Year and go to the shrine of Khajeh Abdullah Ansari or other shrines and tourist places in Herat.

Kandahar Province: Residents of Kandahar city in southern Afghanistan celebrate Nowruz in an honorable cloak (where the Holy Prophet’s clothes are kept). How to hold this ceremony in Kandahar city is accompanied by reciting prayers and wishing good luck, health, peace, and security from God Almighty for the new year. They then congratulate each other on the New Year and go to the (Chehel Zineh) or Forty stairs area, and from there to different holy places and tourism. Therefore; They spend the first days of the year happily in Kandahar city.

Ghazni Province: The people of Ghazni province in southeastern Afghanistan celebrate Nowruz in shrines such as Hakim Sanai and the Roza Mountains. In this province, the New Year begins with the recitation of prayers and wishes of happiness, success and blessings, peace and security for the people of Afghanistan and the world from God Almighty.

Bamyan Province: Nowruz celebrations in Bamyan province in central Afghanistan are surprising. People in Bamyan and the suburbs of Bamyan gather in front of Buddha’s statues in Bamyan to celebrate Nowruz with Dambura and music. The ceremony will end with the recitation of prayers, wishes of health, happiness, goodness, blessings, and peace and security from God Almighty for the people of Bamyan and Afghanistan.

Daykundi Province: Daykundi is one of the central provinces of Afghanistan, where most of the inhabitants are Hazaras. In this province, Nowruz is celebrated beautifully and gloriously. The most famous of which is called (Almond Flower Festival), attended by government officials, clerics, singers, cultural activists, foreign and domestic tourists with various Nowruz programs and Hazaragi traditions is held. Therefore; There is a lot to be said about the importance and beauty of the “Almond Flower Festival” in Daykundi province in central Afghanistan. But in this article, only a small have mentioned the almond flower Festival. Eventually, I wish all the people of the world, especially Afghanistan’s people, a new year free of war, violence, terrorism, coronavirus, and full of happiness, health, peace, and refreshment.

One thought on “Nowruz Celebration and its Cultural Significance in Afghanistan!”