No lunch in Lahore yet 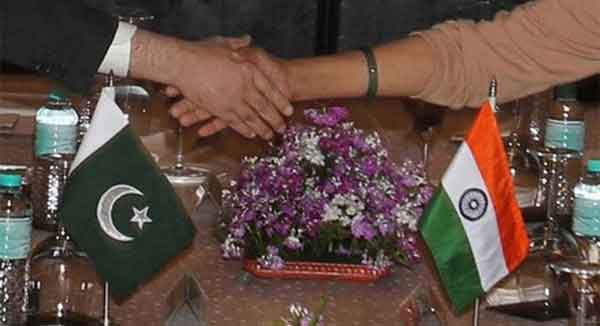 Peace with Pakistan is desirable. But it’s also a grievous error of judgement to misread smiles when behind them lie murderous intentions.

Peace between nations is a laudable objective and countries have fought wars in the name of peace. Pakistan started four wars against India, not counting the skirmish in the Rann of Kutch and the endless proxy wars that it has pursued since 1989. Despite such experiences, there are many in India who exult every time there is a change of guard in Islamabad, hoping for a peaceful future.

We are so anxious about our good boy image that we are prepared to overlook the decades of depredations of the Lashkar-e-Taiba and its masters.

They argue that the new Nawaz Sharif regime in Islamabad is different from the previous one and that there are enough indications to show that a new deal can be worked out and the ‘breakfast in Amritsar and lunch in Lahore’ dream could become a reality.

They dream of a future when Pakistani goods would travel through India to Bangladesh and Indian goods would cross the Khyber Pass into Afghanistan unhindered, Mumbai and Karachi would be twin cities and Indian movies will be a rage in Pakistan. Is this a dream or a vision? It could have been a vision worth pursuing by both nations but it is a mirage because the reality of Pakistan is different.

We are so anxious about our good boy image that we are prepared to overlook the decades of depredations of the Lashkar-e-Taiba and its masters. We are prepared to jettison our demands that Pakistan gives India some sort of satisfaction on terrorism.

We should not be held hostage to the ranting of the likes of Hafiz Saeed is the argument. Pakistan’s extensive anti-India terror battalions should be ignored. This is precisely the argument that the Pakistani establishment expects India to adopt: rationalise a soft stance as magnanimous and visionary when it is nothing but appeasement. At other times, they will continue to seek equality.

We are being encouraged to forget the reality of Pakistan at our peril. Pakistan is home to the al-Qaeda and its second-in-command Ayman al-Zawahiri is in that country. At this juncture, it is prudent for both the US and Pakistan to not talk about the whereabouts of Zawahiri.

The new leadership in Islamabad today is sending emissaries to India to talk about how the new democratic Pakistan is forward looking and it is India which is stuck in a groove. This is glib talk akin to an insurgent opting for ceasefire not with peace in mind but only to buy time.

Peace and stability are desirable objectives…But it is also a grievous error of judgement to misread smiles when the intentions are murderous.

It would be difficult for even a realist to ignore that Pakistan’s leaders creamed a gullible — or a willing US — of $28 billion in the last decade as it pretended to fight their war on terror. If they could do this to a benefactor, think what they would do to a declared adversary. One has to listen to a former Pakistani foreign secretary spouting venom on their TV channels to understand that this frame of mind is far more pervasive than we are led to believe.

Reports about the Inter-Services Intelligence financing the Haqqani network to target the Indian ambassador in Kabul now and the embassy in the past reconfirm the extent of Pakistani attempts to frighten India out of Afghanistan.

The recent attack on the Indian consulate in Jalalabad took place after US secretary of state John Kerry’s visit to Pakistan. Surely, the Pakistanis would have repeated to Kerry their fears about Indian intentions in Afghanistan and how the Indian presence could upset the fine balance in that country after 2014.

Transgressions like the last two — Jalalabad and Poonch — need immediate and appropriate retribution and not convoluted statements from the Indian government. Further the argument that India and Pakistan should resume dialogue to give Pakistan the comfort it needs on Kashmir, Siachen, Sir Creek and the water issue is even more untenable today.

There is a message in the attack in Jalalabad for Sharif: the road to peace with India lies through Rawalpindi and the jihadi headquarters and not via Islamabad. The age-old civilian versus military equation in Pakistan is not going to tilt overnight in favour of the former. At present, the army is far more useful to the US than Pakistan’s civilian leadership.

The extended term of General Parvez Kayani is scheduled to end later in the year.

Ideally, the Americans would want to continue to deal with the man they know rather than a new chief of the army at a time when they are departing from Afghanistan. The familiar interests of the army that emanate from its primacy and its vast corporate interests in Pakistan are also at stake in any redefining of the civil-military relationship.

So unless Sharif can sort out his equation with the army first and get the jihadis on his side, the question that we need to ask ourselves is who do we talk to, about what and when.

Peace and stability are desirable objectives. Talking to one’s neighbour is both unavoidable and necessary in the two countries’ interests and not in the interest of other powers. But it is also a grievous error of judgement to misread smiles when the intentions are murderous.

Pakistan is unable to live with its own minorities and there is very little scope for hoping that the leadership there will want to make peace with India — a country it obsessively considers a threat at best or an enemy at worst.

The urge to try something ‘zara hatke’ might work for Bollywood. It is dangerous when national interests are involved and the issue has not been thought through. The defence minister has warned Pakistan that the consequences of such transgressions will be severe next time and so be it.

4 thoughts on “No lunch in Lahore yet”