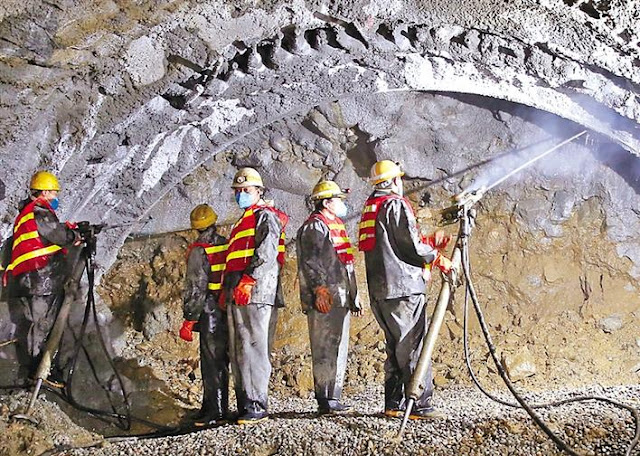 On February 11, Xinhua announced that the Tibetan New Year activities had been called off ‘amid virus outbreak’.

The news agency said: “Large-scale traditional religious activities during the Tibetan New Year, which falls on February 24 this year, will be suspended this year in Lhasa, capital of southwest China’s Tibet Autonomous Region (TAR).”

The ‘Communist’ Buddhist Association of Lhasa explained that the decision had been proposed “by monasteries in the city and aimed to protect people’s health and avoid the risk of cross-infection caused by gatherings.”

A small mercy: “Other religious activities such as praying for the Tibetan New Year will be held inside monasteries in Lhasa, but the time should be shortened and the scale downsized.”

Xinhua quoted Tsering, a resident in Lhasa: “We all know the novel coronavirus is highly infectious, and we understand the anti-virus measures.”

Who is this Tsering, nobody will ever know.

Incidentally, there was one confirmed case of novel coronavirus pneumonia in TAR and the patient has now been discharged with fanfare from a hospital in Lhasa; his face was blurred in the images published.

The decision to cancel Losar seems to be more a political choice, probably to avoid possible disturbances from the restive Tibetan population; it is worth noting that at the same time, China Tibet News, a website run by the Chinese Government announced that the construction of the Dagu Hydropower Station have started again.

Located in Sangri County, Shanan (Lhoka) City, the Dagu Hydropower Station has an installed capacity of 660 Mw. The total investment is said to be 12.22 billion yuan (2 billion US $): “It is a major project supported by the central government for Tibet’s economic and social development. At present, 5.6 billion yuan has been invested and 51% of the main body has been completed.”

China Tibet News said that “During the Spring Festival [Chinese New Year], 300 workers on duty on [near?] the site, have successfully returned to construction recently. …The construction site in the valley is busy; a large hydropower station begins to take shape.”

Dagu will be the third large hydropower station on the Yarlung Tsangpo (Brahmaputra in India) after Zangmu (510 Mws) and Gyatsa (360 Mws) in Lhoka area.

This obviously can’t wait for the stabilization of the virus epidemic.

But it is not all, the construction Lhasa-Nyingchi Railway continued in an orderly manner, said a Chinese website.

A photo of the “front-line workers speeding up the construction process in the deepest part of Mainling Tunnel,” appeared yesterday in Chinese media: “With a total length of 11,560m, Mainling tunnel of Lhasa-Nyingchi (nyintri in Tibetan) Railway is one of the key and difficult parts of the railway, and one of the tunnels with the most complicated geological conditions. According to a responsible person of the project, Mainling Tunnel is scheduled to be completed by the end of March, 2020. In order to ensure constructing process, currently, the construction workers are digging the last 60m of the tunnel.”

Mainling is located a few kilometers north of Arunachal Pradesh.

It appears that this project too can’t wait.

Xinhua also indicated that work will continue on other infrastructure projects in Tibet: “In the county of Sakya, a water project is in progress. With the biggest investment ever in Tibet’s water project history, the project will help with irrigation, supply water, generate power and prevent flooding.”

The news agency continues: “Meanwhile, 1,881 workers in Tibet are doing their best to construct the Lhasa-Nyingchi railway. With a designed speed of 160 km/h, it will be the first electrified railway in Tibet.”

While there will be no New Year Celebration for the Tibetans for the Mouse-Year, work has resumed for the most important of the 179 projects (with an expected investment of 187.2 billion yuan – 30 billlon US $) planned in the Five-Year Plan.