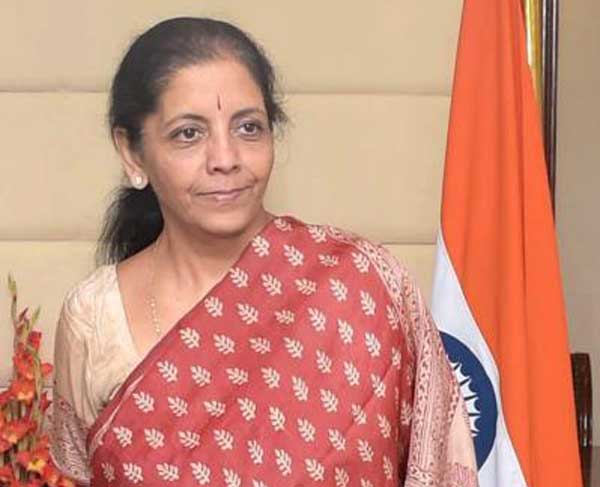 Nirmala Sitharaman becomes the first full fledged woman defence minister of India, though Indira Gandhi has held this portfolio before, in addition to her responsibilities as Prime Minister of India.

Getting over the euphoria of, she, breaking the glass ceiling and Modi’s master stroke in the arena of women empowerment. It’s time for Armed Forces empowerment and raising the sagging morale of the forces.

Nirmala Sitharaman becomes the defence minister of India at a time when there exist a many challenges.

In my opinion these challenges can be grouped under three major heads, Raising the Morale, Armed Forces Reforms and Capacity building through Strategic Partnership Model of the revised DPP.

I am sure she must be a very worried woman at present trying to figure out the start point. After all, her predecessor, Manohar Parikar took an year plus to get the grips of things.

Time not by her side as she has just 18 months to make a mark in a ministry that is the most complex of all.

Foremost challenge would be in proving her leadership in handling the three services and their turf wars. Something that is exploited by the bureaucracy and they seem to have  acquired an expertise in. In the bargain it is the man behind the machine that suffers.

The lowering of the status of Armed forces viz a viz their civilian counter parts, scraping of the entitled rations to the officers, issue of field area allowance wherein a bureaucrat draws greater allowance posted in Guwahati than his military counterpart posted at Siachen, denial of NFU status and the issues like wise have contributed immensely towards lowered morale of the Armed Forces personnel. And this poses a big challenge by itself.

Concurrently the second major challenge would be of setting in motion the huge process of Armed Forces reforms recommended by the Shekatkar Committee.

A total of 65 recommendations approved out of 99 suggested. She will have to brave herself through the political and trade union pressures while carrying out these reforms in Ordnance Factories, Depots and other establishment where civilians are a very large work force.

Thirdly, the most crucial of all, would be to see through the correct implementation of new procurement policy, as enunciated in the revised DPP, 2016. It was recently approved by DAC this May 2017.

This is going to be crucial in the coming years if we have to enhance India’s self reliance index in defence procurement which continues to be abysmally poor despite our huge defence industrial complex. Almost all of which is managed by the state owned Defence Public Sector Undertakings and Ordnance Factory Board.

Taking the erstwhile COAS, Gen VK Singh’s leaked letter to the Prime Minister as a bench mark. The said letter had exposed the poor health of our Armed Forces at alarming levels. Taking it to the envisioned dream of “Make in India” and Self Reliance in R&D and defence production of the Modi government. It may well take up a span of 15 years to realise this dream.

If the initial bedding-in of the revised norms are incorrect, we may fail to achieve the desired goal  rather very miserably.

Thus, this sector having been neglected for years, deliberately, owing to the vested interests of our previous regimes. We needs to transform ourselves the way we carry out defence procurement and production. This would entail a paradigm change bringing in a complete overhaul of our termite ridden system.

It will the setting-in of the underpinnings for achieving this big dream, that will determine, if Nirmala Seetharaman is able to set herself apart form all her previous predecessors.

Interestingly, it is to be seen how she will exercise her stature as defence minister, while she lacks that political clout and ranking, within the Modi government.

Will she be able to get more budgetary allocations in next budget? Or the armed forces will continue to struggle making ends meet with a defence budget of less than 1.7 percent of our GDP. Holistically the budgetary requirement stands at 2 percent of the GDP if we wish to be ever ready for Two and a Half front war.

Hence, to view Nirmala Seetharaman only through the gender prism will be doing a great disservice to her and crucial ministry she holds.

Unfortunately the defence ministry has been a part time affair of this government so far. Starting from Arun Jetley to Manohar Parrikar, then back to Arun Jetely and now Nirmala Seetharaman, all this in a span of just three years.

Gender here actually does not matter, what matters is the national security, women empowerment and things related can be talked about at other places.