Winter only Affects Scale of Operations 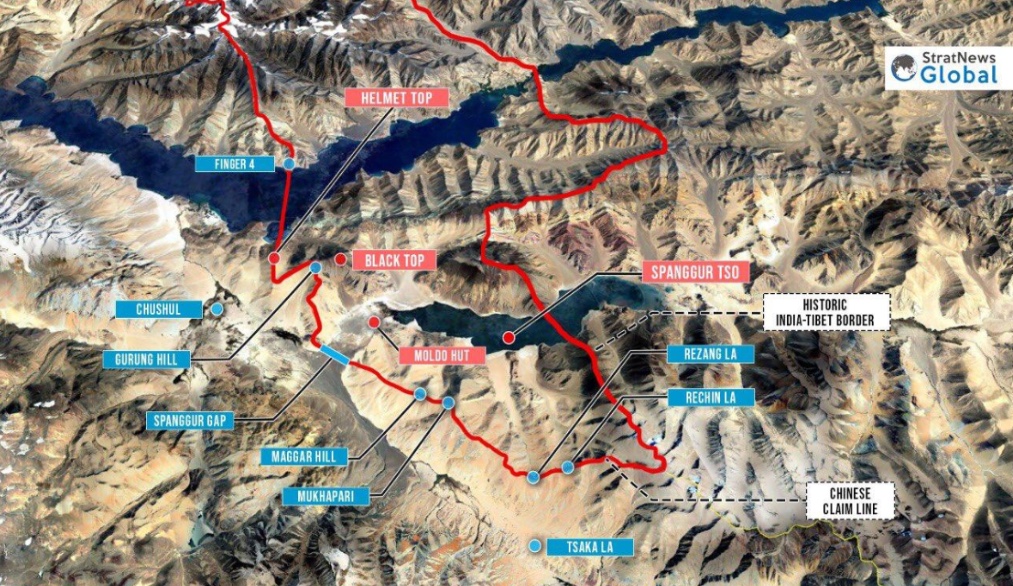 Chinese President Xi Jinping’s speech via video link to the  United Nations General Assembly (UNGA) on September 22 was on expected lines – rambling on issues that China (read he and Communist Party of China) stands for but doing exactly the opposite. His statement of China being “committed to peaceful, open, cooperative and common development. We will never seek hegemony, expansion, or sphere of influence. We have no intention to fight either a Cold War or a Hot War with any country. We will continue to narrow differences and resolve disputes with others through dialogue and negotiation” in backdrop of the Chinese aggression in Ladakh is laughable. It is a pity that the Swedish and Norwegian institutions that instituted the Nobel Prize never thought of awarding one for Lying,otherwise Xi could have won many in this category.

It is amusing to see the electronic media taking Xi’s words “no intention to fight either a Cold War or a Hot War with any country” on face value, some channels even talking of China’s “capitulation” in Ladakh. It is good strategy to talk about China having bitten more than it could in Ladakh but looking at it dispassionately do we really think that China did not expect the type of resistance put up by India? Surely, they did not expect a walkover beyond the line they have reached – to reach Daulat Beg Oldi (DBO), wrap up Sub Sector North and threaten Siachen. China did fault in not going for heights south of PangongTso, in Chushul are as also Kailash Range abinitio in May-Jun despite having inducted adequate troops. This would have placed us in more difficult position, as has been mentioned in these columns before. But to think that Xi who has plans to dominate the world is perturbed by the type of standoff in Ladakh is naïve.

There is speculation about possibility of China launching fresh attacks (limited offensive?) up to mid-November before winter sets in and thereafter mid-March onwards. This has also been the general line of thinking with respect to Pakistan relating to mountains and high altitude in winters. But considering the type of terrain we are talking about therein may be the surprise China is planning.  Winters can affect the scale of operations and to an extent movement of mechanized columns depending on the terrainand snow conditions, but not operations per se. China did induct two PLA Divisions plus in Eastern Ladakh but did not need to employ a say a brigade or a battalion individually at north bank of Pangong Tso, Gogra-Hot Springs, Galwan and even Depsang in the initial thrusts.

In the thick of winters during December 1990, 7 Assam Rifles deployed in J&K shot dead 99 Pakistani infiltrators having come across the Eagle Pass under 30 feet of snow, south of the Tangdhar Sector. They were wearing ski pant, carrying additional weapons in kit bags and wore bum pads for sliding down the snow slopes. In those days Pakistan infiltrations was in large columns like this one, which is not the case today. A small column could have possibly come across the Eagle Pass undetected in poor or low visibility conditions during winter. The issue to be noted is that these were terrorists given limited training. Regular troops given extensive training to operate in such terrain in winters would have better capability, as would Special Forces.

Mountains, especially high altitude, favour the defender. Pakistan has made scores of attempts since 1984 to capture our posts on the SaltoroRange in the Siachen Glacier area but has failed miserably in each of these attempts. In contrast, India captured Pakistan’s Qaid-e-Azam Post on Saltoro Range which is renamed Bana Post after then Naib Subedar (later Subedar Major and Honorary Captain) Bana Singh who led the attack and was awarded Paran Vir Chakra. Bana Post is the highest post on Saltoro Range located at an altitude of 23,000 feet. Incidentally, Pakistan still does not admit loss of Qaid-e-Azam Post to its own public and even court martialled a Captain few years back for having leaked this to media.

Capture of Qaid-e-Azam Post no doubt entailed use of fire arms. Exchange of fire may well happen in the current India-China standoff if China initiates operations further to capture more territory, surreptitiously or otherwise. Random shots have been fired by both sided in the area already. This is a live possibility despite   ongoing talks and the 5-point agreement between External Affairs Minister Subramanyam Jaishankar and his Chinese counterpart Wang Yi.  The Sixth Senior Military Commanders-level meeting at Moldo on September 21 too has yielded no results while PLA is consolidating its positions and laying fibreoptics cable. Notably, India has told China that our troops will open fire if required.

Xi Jinping appears to be moving according to a time table. The PLA intruded 19-km across the LAC in area of Raki Nala of Depsang Plains during 2013 after Xi came to power. This intrusioncontinued for three-weeks and PLA withdrew only after India acquiesced to Chinese demand of dismantling surveillance equipment and structures at Chumar 400 km south of the Raki Nalaintrusion. This intrusion possibly was only to test Indian reactions because currently PLA has occupied the same area where it has increased presence and continues building infrastructure. In 2014, Xi rehearsed the PLA on a life-sized land model of Ladakh inside China. In 2017, China attacked Indian satellite communications according to a recently released report by the US-based China Aerospace Studies Institute (CASI). China has been cyber attacking various Indian entities over the years. India witnessed a 37 percent increase in cyber-attacks in the first quarter of 2020 as compared to the fourth quarter of 2019.

A report published in The EurAsian Times on August 14, 2018 had revealed that China had started training its soldiers for High Altitude Warfare, which was seen by experts as a move to build endurance against India in the mountainous terrain. PLA had also begun high-pressure oxygen therapy and portable barracks were being included to the Qinghai-Tibet Plateau to boost PLA’s combat capability. Considering the China-Pakistan connivance in the current Chinese offensive, it is quite possible that China may have trained selected PLA troops as well as its Special Forces at Pakistan’s Army High Altitude School (AHAS) located at Ratti in Gilgit-Baltistan. After the Galwan clash on June 15-16, news had emerged of China having provided PLA with waterproof clothing. Now recent reports indicate their border troops have been equipped with snow and extreme cold clothing.

The advantages of operations in winters are: poor visibility; reduced flying days–hours for surveillance sorties on account of weather; lowered  guard of defender in times of snow storms; terrain permitting, use of skis or snowmobiles for faster induction and taking detours to avoid detection, and; higher helicopter carriage capacity because of low temperatures. The side taking initiative will have the advantage as can be seen from the initiative taken by our troops south of Pangong Lake, Chushui and Kailash Range. We may be wrong in assuming China does not have acclimatized troops. They may induct or may have already inducted specially trained troops for specific operations, like for the Galwan clash they brought in specially trained sword-wielding goons. But we have much better trained troops and years of battle experience in winter warfare in high altitude.

With a million Uyghurs in Auschwitz-like concentration camps in Xinjiang, 500,000 Tibetans forced into labour camps and Hong Kong democratic movement leaders and journalists about to be whisked away to mainland China for so-called “re-education”, Xi Jinping is a cold-blooded calculating machine devoid of human feelings. If PLA is to be used as cannon fodder, so be it as long as he achieves something decisive to show the world. Should he decide on a bigger show, drones, lasers, EMP bombs etc may come into play rather than use of air and artillery barrages as predicted by some. However, looking at the manner in which America has attacked countries conventionally in the past; Xi may decide it is his turn to showcase the Chinesemight. Our military obviously has war-gamed all options including the offensive ones. So the ball is in the court of the biological bomber – Xitler Xi Jinping.

4 thoughts on “Winter only Affects Scale of Operations”