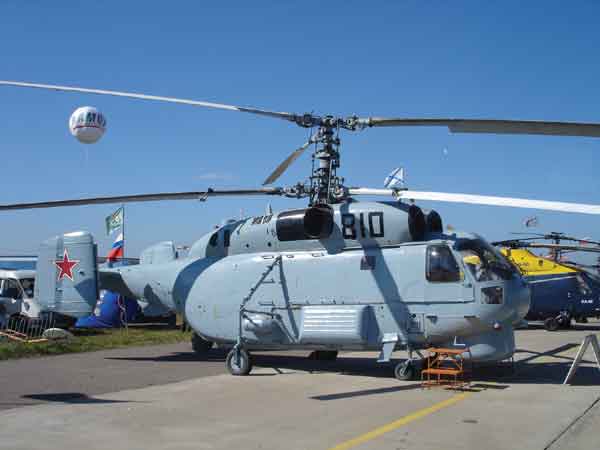 On November 30, 2016, an Indian Army Cheetah helicopter crashed at Sukhna in West Bengal, killing three officers and injuring a soldier. Whether the Court of Inquiry finds the old age of the helicopter to be a contributing factor to the accident or not, the tragedy does serve to highlight the fact that all the defence services are constrained to fly the old and single engine Chetak/Cheetahs while the nation’s delay in procuring a replacement takes its toll. Indeed, in March last year, a group of wives of Army officers had even petitioned the then Minister of Defence Manohar Parrikar to stop the use of these “outdated” helicopters to avoid casualties.

There is no dearth of psychological explanations for human behaviour that causes self-inflicted injury, but when a nation indulges in such behaviour, both, diagnosis and prognosis dwell in areas of uncertainty. India has long indulged in inexplicable actions in the context of defence preparedness and analysts fail to see the rationale steering some of these acts of omission and commission. After almost a decade of “due diligence” and identification of the winner in the Medium Multi Role Combat Aircraft (MMRCA) tender, the original $10.4 billion deal for 126 Rafale jets was perfunctorily shelved and a new one for 36 aircraft signed for $8.38 billion. Consequent to this decision and some others, the Indian Air Force (IAF) is reeling at around three-quarter strength of its combat squadrons – 32 against the authorised 42.

In the case of military helicopters, there is no discrete exercise to decide the squadron strength as a benchmark but infrequent number crunching exercises occur at the national level to throw up some figures. When those figures are ignored for years on end, there is understandable frustration amongst the defence forces. The signing of the Kamov Ka 226T deal in Goa in October last year was gratifying to some extent. This article looks at the evolution of the need for this class of aircraft and the extent to which the Kamov deal will assuage that need.

India’s needs for military helicopters in the heavy-lift area have been minimal and were met by Mi 26 in the past and in future, will be met with the induction of Chinooks in the near future. Requirement of medium-lift platforms has also been well catered for by the Mi-8/  family and continues to be satisfactory. However, the light helicopter category has been under stress for many years now. The French Alouette family has long been the light helicopter solution in India in the form of Chetak, Cheetah and Cheetal with Hindustan Aeronautics Limited (HAL) producing these in India under license as well as looking after their major servicing needs. The Chetak is a license-built Alouette III while the Cheetah is a version of the SA 315B Lama, single-engine helicopter that combines the lighter Alouette II airframe with Alouette III components and power plant.

HAL, which had been working on an indigenous design since 1984, has produced an Advanced Light Helicopter (ALH) called the Dhruv…

HAL started manufacturing these helicopters in 1962 through an agreement with M/s SUD-AVIATION, (later Eurocopter, and presently Airbus Helicopters) and the first Chetak (Aloutte III) in ‘Fly Away’ condition was delivered in 1965. In all, around 350 of these machines were built by HAL. Production of the Cheetah commenced in India in 1976 and a total of 275 were built by HAL while the Cheetal project fructified in 2002. According to the official site of HAL, only ten have been delivered to the IAF. Yet another variant of this family was the Lancer, a light attack helicopter developed by HAL in the 1990s as a variant of the Cheetah, but fitted with bullet proof front panels and crew seat.

As can be seen, the Chetak/Cheetah family is of late 1950s vintage and has been in service for more than five decades. This fleet has been employed by the Indian Army, the Indian Navy and the IAF in almost every role that helicopters can be namely Search and Rescue (SAR), Casualty Evacuation (CASEVAC), Route Transport Role (RTR), Anti-Tank, communication, Air Observation for directing Artillery fire, reconnaissance, surveillance, scout and resupply. To augment Cheetah helicopter operations in Operation Meghdoot (Siachen), indigenously modified re-engined Cheetal helicopters have also been inducted into the IAF to affect an improvement over the Chetak/Cheetah performance. However, since the original production lines shut down in the 1980s, with the exception that Eurocopter has kept a production line open for rotor blades solely for the Indian market as these represent a niche technology, there have been serious maintenance problems which, compounded by age of the airframes, have led to the need for replacements. Spares and components are quite expensive and increasingly difficult to obtain while wear and tear on these machines operating under hostile conditions has been high.

Cannibalisation has kept the fleet going, but with progressively lower levels of reliability and safety. More than half the Chetaks/Cheetahs in service are well over 30 years old. Moreover, they are based on the 1960’s technologies and are bereft of modern avionics such as the Instrument Landing System (ILS), omni-directional and ranging systems or Full Authority Digital Engine Controls (FADEC). These factors detract from their safety and survivability.

HAL, which had been working on an indigenous design since 1984, has produced an Advanced Light Helicopter (ALH) called the Dhruv which has also joined service with Army, Navy and the IAF and is being used for various roles. A Light Utility Helicopter (LUH) is also under development by HAL. However, the numbers in which light helicopters are required to replace the older models needed an induction over and above the Dhruv. The current shortfall of light helicopters for the Army, Navy, IAF and the Indian Coast Guard is around 400.

A global Request for Proposal (RFP) was first floated in 2008 for 197 light helicopters to be purchased from international vendors. Of these, 133 were meant for the Indian Army and 64 for the IAF. The RSH program was supposed to replace 230 ageing Chetaks and Cheetahs. The original RFP was withdrawn after a protest from Bell Helicopter and again floated in 2009 as the Reconnaissance and Surveillance Helicopter (RSH) RFP. The two eventual contenders, the French Eurocopter AS550C3 Fennec and the Russian Kamov Ka-226, completed trials in 2010, but for inexplicable reasons, the procurement process was put on hold and was on the back burner for years despite the need for replacements which was felt in 2008 getting more and more critical as time passed. It was gratifyingly rejuvenated with the signing of an Inter-Governmental Agreement (IGA) for 200 Kamov Ka 226T helicopters from Russia under Buy and Make (Indian) category on December 24, 2015.

A proposal for the joint production of Ka 226T helicopters was first discussed at a meeting between Prime Minister Narendra Modi and Russian President Vladimir Putin during the latter’s visit to New Delhi in December 2014. The export of the Ka 226T to third parties was also a part of the agenda. In January 2015, Russian Helicopters, which is part of the Rostec umbrella organisation, reported that Russia and India had commenced discussions on a joint project to produce about 200 Ka 226T helicopters.

During Prime Minister Modi’s visit to Moscow in December 2015, an IGA was reached between the two countries on helicopter engineering, including the big Ka 226T deal. A ‘Make in India’ tag was brandished constantly in this context and it was stressed that the joint venture will not only assemble the helicopters, but also undertake maintenance and repair as also provide technical support to the users. HAL was to be the main partner in the project, but Rostec announced that some other Indian companies may also be selected for participation in the programme. Reliance Industries of the Anil Ambani Group and Pune-based Kalyani Strategic Systems were the likely private sector partners. In February 2016, Igor Chechikov, Deputy Director General of Russian Helicopters, a Rostec subsidiary, said that 60 aircraft would be supplied to India assembled and another 140 were to be assembled at Indian production facilities.

At the Tumkur facility foundation stone function, Prime Minister Modi expressed the hope that HAL would produce 600 helicopters in the next fifteen years…

At the 17th Annual India-Russia meet on the sidelines of the BRICS Summit between President Vladimir Putin and Prime Minister Narendra Modi in Goa on October 15, 2016, one of the 16 major agreements signed was a share-holders’ agreement for a Joint Venture (JV) to manufacture 200 Kamov Ka 226T helicopters in India involving Rostec, Rosoboronexport, Russian Helicopters and an Indian entity. In the days that followed the signing of the deal, there was some lukewarm speculation that Reliance Defence may be in the reckoning as the Indian partner, but HAL finally emerged as the associate for the Ka 226T project.

A firm called ‘Indo-Russian Helicopters Private Limited’ is to be created to execute the task; it will have a 49.5 per cent stake for Rostec while HAL will have a 50.5 per cent stake. The production facility is to be set up at a location to be decided by HAL which selected a site at Tumkur around 100 km North of Bengaluru. Indeed, on January 03, 2016, Prime Minister Modi had laid the foundation stone at Tumkur for the new helicopter manufacturing facility, seen as a step in HAL’s widening of its helicopter production capability as also maintenance and servicing of Ka-226T helicopters, thus providing for full life cycle support of this helicopter type. Indian production facilities need to be ready in five years and maintenance and repair facilities in seven years.

At the Tumkur facility foundation stone function, Prime Minister Modi expressed the hope that HAL would produce 600 helicopters in the next fifteen years and that India’s defence forces would be the greatest beneficiary of this. So as to understand whether the Ka 226T meets our requirements, let us see where it fits in amongst the existing holdings.

One thought on “Will the Kamov Ka 226T meet India’s Requirements?”