Why Geelani and Ilk hate Hindustan 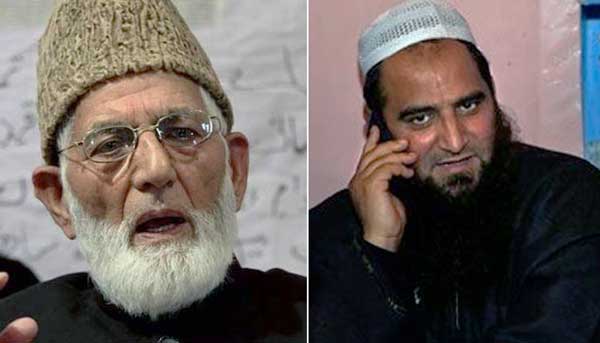 For the ‘Jinnahstan’, minded Muslims in the subcontinent, what matters, Hindustan or Islam? Pakistan is very clear on this issue, i.e. more than the preservation and promotion, it is the destruction of Hindustan…

The Rohingyas also had requested Jinnah to be included in Pakistan. Jinnah refused because he just hungered for ‘Jinnahstan’. The word ‘astan’ is derived from the Sanskrit word ‘sthan’, therefore Pakistan’s search for identity and exclusive history is doom struggle. It is also another matter that in the Jinnahstan created by Jinnah, a Shia, the Shias are being killed in scores. Was it in search of power and wealth that Jinnah created Islamist Pakistan?

For the ‘Jinnahstan’ – minded Muslims in the subcontinent, what matters, Hindustan or Islam? Pakistan ambiguous on this issue. More than the preservation and promotion, it is the destruction of Hindustan that preoccupies and sustains the artificial nation. For some Indians as well the imperative of destruction of India is far greater than the cause of Islamic concepts like Ummah, i.e. brotherhood of Muslims.

Recently the hollowness of Ummah was exposed, the hypocrisy behind pursuit of Caliphate was unmasked, and the clamour for Shariat ended in whimper before the unyielding dispensation of China. The real Islamic character of Pakistan was lay bare when it, along with 34 other countries came to the defence of China at the UN on its treatment of Uighur Muslims in Xinjiang province. Ironically it also included Saudi Arabia and Russia. It turned to be a contest between Western countries and the Muslim world. European countries as well as Japan had petitioned with the UNHRC that China has been carrying out ‘mass arbitrary detentions’ of Uighur Muslims. They also used the term ‘arbitrary incarceration’ in their petition.

It may be mentioned here that China has banned ‘beards and burqas’ in Xinjiang province. It is also banned the adoption of name Mohammad. No more than five persons can offer Namaz in a mosque at one time. Re-education centers with compulsory attendance have been setup for de-radicalization of Muslims in the province. The irony is that while Christian majority and Buddhist majority countries castigated China, the Islamic countries including Saudi Arabia and Pakistan condoned China, and in a way supported it.

…for the Islamic Republic of Pakistan, the so-called homeland for Muslims of the subcontinent, the destiny of Uighur Muslims does not matter.

Both Saudi Arabia and Pakistan are the most influential members of the 57-Member OIC.

At the UN, both for Saudi Arabia and Pakistan, economic imperatives and strategic imperatives far outweighed any religious consideration like Ummah. Saudi Arabia is the second largest (12.4 percent) oil exporter to China, the largest  being Russia (15.8 percent). In 2018, Russian exports to China were worth USD 37.9 billion, while Saudi exports amounted to USD 29.7 billion. Iranian oil export to China last year was worth USD 15 billion, i.e. 6.3 percent. Hence, China like India is a huge market for oil exporting countries in the Asian region.

As far as Pakistan is concerned, under the present geopolitical circumstances, given the territorial embrace of the two countries by way of CPEC – Pakistan cannot survive as an entity without Chinese prop or support. Therefore, for the Islamic Republic of Pakistan, the so-called homeland for Muslims of the subcontinent, the destiny of Uighur Muslims does not matter. Nevertheless, It professes dying concern for Indian Muslims in Kashmir and elsewhere. This is the true colour of Islamic dispensation of the Pakistan.

Unfortunately, Pakistan’s duplicitous behaviour with regard to Islam is shared by many Muslims in India. Pakistan’s sub-continental variety of Islam is entirely based on hatred for Hindus. It is a violent repudiation of its Hindu past and Hindu ancestors. On several television debates, this author has failed to elicit any condemnation by Muslim clerics and communists on the ban of beard and burqa, and restrictions on Namaz in Xinjiang province. The shameless and treacherous silence is because they consider China a power that can check India and promote Pakistan. They revel in the strategic partnership between India’s enemy, Pakistan and China – and India’s main adversary in the region. This is despite the fact that they don’t share any ancestry or heritage with the Chinese but they do share religious affinities with the Uighur Muslims.

Recently when India lost to New Zealand during World Cup Cricket semi-final, there was a naked and vulgar jubilation in some parts of the Kashmir Valley. Syed Ali Shah Geelani, whose one leg is in the grave, was their cheer leader. He from his twitter account posted the video of these ugly celebrations. He tweeted that it was the Indian Occupied Kashmir, which was celebrating the loss of India against New Zealand.

What were the stakes and motivation of Geelani and his ilk for celebration of India’s loss against New Zealand? Perhaps, they were driven by the psychology that if Islamic Pakistan was out of the World Cup tournament, how could Hindustan win!

What were the stakes and motivation of Geelani and his ilk for celebrating India’s loss against New Zealand? Perhaps, they were driven by the mindset that if Islamic Pakistan was out of the World Cup reckoning, how could Hindustan! The tendency to conflate Hindustan with Hindus is clear. Their mental construct is that if India loses, it is the Hindus who lose. Therefore, any and every entity that can destroy India is acceptable to them, be it China or New Zealand. In this hate pursuit, the crackdown on Uighur Muslims by China does not come on the way, that there was a massacre in a mosque in Zealand also does not matter.

In 2017, after India’s defeat by Pakistan in the ICC Champions trophy Mirwaiz Umar Farooq tweeted, “fireworks all around, feels like an early Eid here”. To the Hurriyat leaders, even cricket is a form of jihad against Hindus of Hindustan.

Why this hatred for Hindus and Hindustan? Why the hatred for ancestors amongst the Muslims of the subcontinent? After deep contemplation, this author concludes that this hatred is because the Hindu spirituality and deep philosophical and scientific moorings has been constantly challenging Islam in the subcontinent. After their ancestors adopted Islam, they were desperate to prove that their decision would make them absolutely prosperous and progressive. Over so many years it did not happen. Their latest role model and dream land, Pakistan, has also been reduced to the status of international beggar.

In Kashmir Valley and elsewhere, the common ground between Hindus and Muslims has almost disappeared. In the Kashmir Valley Sufi shrines gave way to Wahhabi and Ahle Hadith Mosques long ago. Such has been the assault of radicalism in the Valley that within 10-15 years, the Wahhabi mosques doubled from 1000 to 2000. Ironically, these mosques were facilitated by petro-dollars of Saudi Arabia. But the same Saudi Arabia is scared of losing oil market in China, hence, financial imperatives have made concepts like Caliphate, Ummah, Shariat as irrelevant in dealing with that country.

It is because of Wahabism that the insurgency in Kashmir mutated in global jihad, and is now engulfing the entire nation. Why can’t India use oil imports as leverage like China?

Some lessons India should take from China with regard to nation-building. First, nation-building is not done on basis of Constitution. The Constitution only defines the parameters of a State. Second, when the State displays clarity, the international community falls in line. Finally, inimical religious elements also fall in line and consequently these elements are compelled to be loyal to their soil and their ancestors.