Why Attack Helicopters for Army 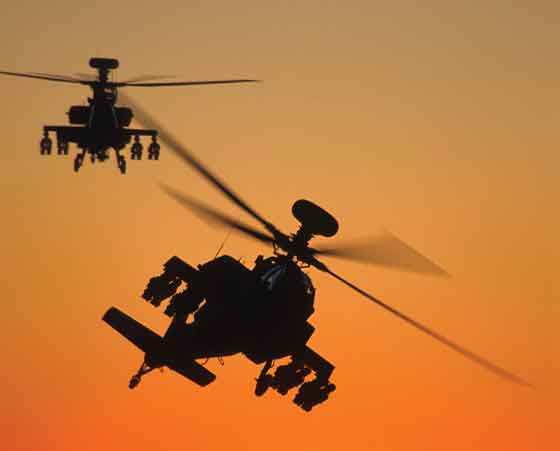 The article ‘Attack Helicopters: Should India Have Them’ written by Gp Capt AG Bewoor and published in the Indian Defence Review, September issue has incorrect facts and is based on fallacious arguments and statements. National Security and Military Doctrines need to be looked at holistically.

The threat of a two front war looms large today than ever before. In addition sub conventional conflict continues to engage the Indian Army in J & K and the North East supported by Pak and China respectively.

The following statement at the start of the article, “investment in additional attack helicopters will invariably lead the country into a weapons procurement minefield and endanger its security” – indicates of bias contrary to the idea of National Security and what it encompasses.

When in the overall plan of modernization of the armed forces 200 plus fighter and transport aircraft, 4000 plus artillery and air defence guns, 3 aircraft carriers and a large number of submarines and frigates, UAVs including armed, a plethora of different types of missiles and hundreds of tanks and FICVs are being acquired in the next decade, how is the acquisition of a roughly 100 odd attack/armed helicopters, over the same period lead the country into a weapons procurement minefield and endanger its security. These 100 attack helicopters are part of the overall 1200-1500 helicopters planned for acquisition.

There is acquisition of the Indian Military aping foreign military doctrines of the US and NATO Countries. This may have been true in the Indian Military’s formative years, but in the past decade all three services have issued new war fighting doctrines, which are very clear in their intent and relate to the Indian environment in terms of terrain, geo-political environment, threat perception, etc.

The urgent need is in fact to have a ‘Joint war fighting doctrine’ and a ‘National Security Doctrine’.

Currently attack helicopters are an integral part of the land, sea and air operations of modern armies, including their ever increasing employment in sub conventional conflicts (counter insurgency and counter terrorist operations) the world over.

In fact the Indian Army Doctrine includes the most talked about ‘cold start doctrine’ or the ‘proactive strategy’ as the Government would like to call it, which is Pak centric and seeks to address any future misadventure on the lines of the Parliament/Mumbai type attacks, where Pak complicity is established beyond doubt. Accordingly, restructuring has been done of the Pivot Corps to enable quick and immediate action within 48-72 hours by using the integral assets at the Corps level. For this the resources required (including attack helicopters) must be at the beck and call of the field force commander- the present arrangement of these assets ownership with the air force and operational control with army is not satisfactory. Nowhere in the world such an impractical arrangement exists.

India faces diverse external threats and challenges. It has to manage its over 15000 km long borders with seven countries, sections of which are contested or not formally demarcated on the ground or constitute only an agreed line of control. Additional problems emanate from open or porous borders. It has a long coast line of over 7500 km along with an extended maritime zone, island territories, sea lanes of communication for its trade and energy flows and offshore oil installations.

The threat of a two front war looms large today than ever before. In addition sub conventional conflict continues to engage the Indian Army in J & K and the North East supported by Pak and China respectively. In these circumstances helicopters especially attack helicopters, though a very miniscule part of inventory are an essential ingredient of the Indian Military and their acquisition certainly does not threaten national security but enhances it.

Contrary to the views of the author the Vietnam war, also referred to as the helicopters war, formed the test bed for validating the concepts of air mobility and assault. The helicopter was universally employed for various missions, including attack, air assault, aerial resupply, reconnaissance and command and control, the most common being transportation of troops/ stores as utility or cargo helicopters. Actual integration of assault and armed helicopters evolved during the Vietnam war, leading to the concept of organic tactical mobility and dedicated attack helicopters.

All major armies of the world including our adversaries China and Pakistan have a full -fledged Army Aviation Corps, consisting of all types of helicopters including attack helicopters and fixed wing aircraft…

Currently attack helicopters are an integral part of the land, sea and air operations of modern armies, including their ever increasing employment in sub conventional conflicts (counter insurgency and counter terrorist operations) the world over. A typical military helicopter force should have all class of helicopters ranging from light observation to utility/lift (light, medium & heavy) including specialized roles (attack/armed) as per the operational requirement of a country’s armed forces.

All major armies of the world including our adversaries China and Pakistan have a full -fledged Army Aviation Corps, consisting of all types of helicopters including attack helicopters and fixed wing ac for communications and logistics support – so is their security threatened. It is therefore surprising that the world’s third largest standing army, which has unresolved and active borders with both China and Pakistan and has fought wars with both these countries , continues to be denied a viable and operational Aviation Corps which can turn the tide in any future conflict.

The operational diversities of the Indian Military coupled with variety of terrain (from sea level to the Siachen Glacier) underline the need for state of art, modern technology helicopters capable of operating both by day and night in a complex battlefield environment of future. It is important to note that Attack Helicopters operate in a battlefield environment as part of an all arms team for optimum effect and not in isolation as happened in the first Iraq war with disastrous consequences for the fleet of Apaches. The lessons were well learnt with their effective employment in the second Iraq war with positive results. In Afghanistan it is the Huey Cobras –AH 1Z, which were more effective and had greater employability than the Apaches, due to their lighter weight and better capability to operate in the mountains.

The ownership issue of attack helicopters is no more a matter of discussion. In October 2013 the Defence Ministry after vacillating for decades, finally took the call on the crucial issue of the ownership and operations of Attack Helicopters. The letter issued by the MOD clearly stipulated that the entire attack helicopter fleet will be owned, operated and maintained by the Army.

It is ironic that it took another 26 years since the birth of the Aviation Corps to get the attack helicopter arsenal in its inventory.

Though late in coming, the decision is a welcome step and will have a major impact on war fighting in the Tactical Battle Area(TBA) in the Indian context. The Government had to finally follow the path taken by the US and UK Governments, on similar issues involving their respective Air forces and Armies.

It would be pertinent to mention here that the case for inclusion of attack helicopters to be part and parcel of army dates back to 1963 when Gen JN Chaudhary, the then COAS stressed the requirement for a separate air wing for the army. He emphasized that efforts at increasing the fire power and mobility of the army would not be complete without an integral aviation element comprising light, medium, heavy as well as armed/attack helicopters.

However, it took 23 years for the army with Government intervention, to finally break away from the air force and form an independent Army Aviation Corps in November 1986. The organization sanctioned was nowhere near what had been envisaged in 1963, totally lacking the wherewithal to be a full fledged aviation arm of the army, primarily due to non – availability of armed/attack and utility helicopters in its inventory.

It is ironic that it took another 26 years since the birth of the Aviation Corps to get the attack helicopter arsenal in its inventory. This move will greatly enhance its capability, making it a battle winning factor in any future conflict.

6 thoughts on “Why Attack Helicopters for Army”