Where are the real leaders? 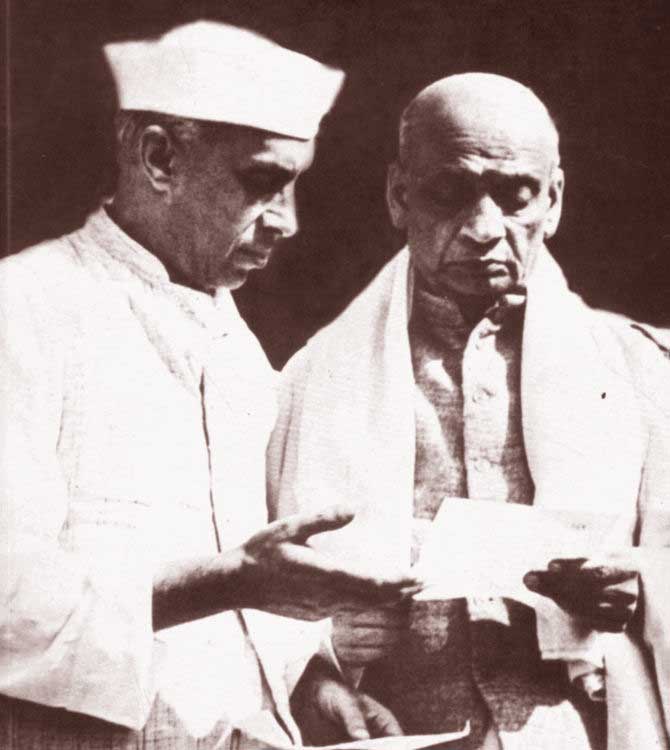 The terrorist attack on Mumbai once again brought the issue of the quality of Indian political leadership in focus. Nearly 200 people lost their lives and left the nation humiliated. Yet, the Home Minister of the state, the man responsible for security, had the audacity to term it as a small incident. When people came out in the streets to give vent to their despair, leader of a national party lampooned them and passed crude remarks. We had the disgraceful sight of a Chief Minister of a state ridiculing the father of a martyr who was undergoing tremendous trauma at the loss of his son. “If it had not been (Major) Sandeep’s house, not even a dog would have glanced that way,” was his contemptible comment.

“God must be anti-India. He has been cursing India by inflicting such leaders on it. Sardar Patel died soon after Independence while lesser leaders survived. Every promising leader dies young while the corrupt oldies go on for ever,” is a common refrain.

One gets reminded of two cartoons that appeared in the press in the wake of the terrorist attack on the Indian Parliament. One cartoon showed a terrorist trying to dissuade another terrorist from entering the main hall of the Parliament to lob grenades, saying, “No, no, don’t kill Indian politicians. That will be a pro-India act”. Another cartoon showed Indian citizens talking amongst themselves, “These Pakistani terrorists have let us down. They would have earned Indian gratitude by ridding us of a few politicians.”

The above cartoons are indicative of the poor esteem in which Indian political leadership is held. “God must be anti-India. He has been cursing India by inflicting such leaders on it. Sardar Patel died soon after Independence while lesser leaders survived. Every promising leader dies young while the corrupt oldies go on for ever,” is a common refrain. Most Indians feel disgusted with the quality of present political leadership.

It is commonly said that cinema is a true reflection of popular thinking of the society at large. Villains have been an integral part of Indian cinema since the days of KN Singh. For the last few years, villainy has become the exclusive domain of political leaders. The moment a character in ‘khadi’ and white cap appears on the screen, the audience recognises him as the chief villain. Worse, he is shown to be occupying the chair of Home Minister. He patronizes criminal gangs, has corrupt police officers in tow and has no inhibitions in selling the country for money. He supports widows’ homes overtly but demands women covertly. He divides people by instigating religious riots. In short, he is depicted as the most unscrupulous and devious specimen of humanity. No political leader has disputed such projection as they all know it to be true.

A few years ago, while on a visit to Copenhagen an Indian visitor saw the Queen of Denmark doing her weekly shopping of household requirements in a mall. She was accompanied by a solitary maid. The Queen was picking up required items from the shelves and the maid was pushing the cart. Being used to seeing every leader accompanied by a posse of security personnel causing immense inconvenience to common citizens in public places, the Indian visitor was quite surprised and quizzed his local guide. The reply he received was quite an eye-opener – “If a sovereign needs protection from her own subjects, she might as well abdicate. Why should citizens pay for the security of a leader who feels insecure amongst her own people? Only devious leaders feel threatened and Denmark can well do without them.”

…importance of a leader is judged by the number of security men surrounding him, hence the race to extract the highest category of security.

Compare the above with the prevailing cult in India – importance of a leader is judged by the number of security men surrounding him, hence the race to extract the highest category of security. Over 60 percent of NSG commando strength is deployed on personal security duties. It is an obnoxious sight to see goons masquerading as mass leaders and surrounded by elite security personnel. Many leaders intentionally create adversaries by their irresponsible statements and thereafter seek state protection for personal safety. We have states in which the leader of one party apprehends a threat from another party and demands Government protection, while the leader of the second party seeks similar security fearing attack by the first party. Both leaders (who may be petty gangsters) are provided state security. There cannot be a bigger misuse of taxpayers’ money.

People find it offensive when stopped for long periods by rude policemen to make way for the cavalcade of some self-opinionated and egotistical leader. Many people are of the view that no security whatsoever should be provided to any leader at national and state levels – whether in power or otherwise. If a leader is so timid and cowardly with regard to his personal safety, he might as well stay out of politics and public life. No one forces them to be in politics.

Some citizens are of the view that only a disliked leader feels threatened and not a popular one, and a disliked leader is not worth protecting at the cost of the exchequer. Additionally, no leader is so indispensable that one odd unfortunate incident of misdemeanor by a hot-head should be a cause of undue concern. Like common citizens, leaders should also learn to live with day to day trepidations and risks.

No one joins politics for public service. It is the most lucrative profession and has acquired traits of family business. Earlier, all parents dreamt of their progeny joining civil services or becoming engineers and doctors. Today, all sensible and far-sighted parents want their children (especially if they are good for nothing else) to join politics. It is commonly said that one tenure even at the municipal corporation level is good enough to cater for next three generations. A corporator carries enough clout to extract his pound of flesh before allowing any work to progress in his ward. If one looks around, the present crop of political leaders started as petty traders and today command wealth worth hundreds of crores of rupees. In no other profession can so much be amassed in so short a time.

Any leader who seeks votes in the name of caste, religion and region must be considered as an enemy of the nation and meted out the treatment accordingly.

Unfortunately in India, politics have come to be identified with every thing immoral and decadent. The standing of politicians in India is at its lowest ebb today. They are being derided in media and public gatherings. One wonders what effect this public contempt has on the psyche of political leaders. Do they ever feel guilty and shamed? According to most observers, the present leadership is too thick skinned and quite brazen. They have no conscience. They are banking on short public memory to be back in the business of politicking. To them, only votes and power matter. Self introspection regarding their public image is not an exercise they ever like to indulge in.

It is often said that people get the leadership they deserve. Why does India deserve such poor quality of leaders? Where have the Indians gone wrong? Do they have any alternative? When people go to vote, there is not a single name that inspires confidence and the whole exercise gets reduced to electing the lesser devil. Due to poor leadership, even after sixty years of Independence we are worst off governance-wise.

Undoubtedly, there is an urgent need to improve the quality of Indian leadership. Although there is no quick-fix solution, a beginning can certainly be made by exercising our franchise and ensuring that the leaders we elect are deserving of our confidence. All leaders over 65 years of age must be rejected outright. Has not the current crop of senior leaders ruled and ruined India enough? Any leader promoting his progeny must also be shunned. Dynasty politics is the bane of India. Parties functioning as family fiefdoms are an anathema to the concept of democracy. Moreover, no leader should be allowed more than two tenures of Parliament (both houses put together) and state assemblies.

Any leader who seeks votes in the name of caste, religion and region must be considered as an enemy of the nation and meted out the treatment accordingly. Politicians threatening the fabric of India’s social cohesion by playing vote bank politics should never be tolerated. Any party that gives tickets to anti-social elements and criminals must be boycotted as a whole. Finally, the solution lies in forcing all political parties to put up candidates with unquestioned integrity and unblemished track record. Parties must be made to fear the wrath of awakened public. Our current disgust with our political leadership must force a change. Our faith in democracy can never be allowed to waver.

One thought on “Where are the real leaders?”