West must stop pressurizing India against Russia on Ukraine 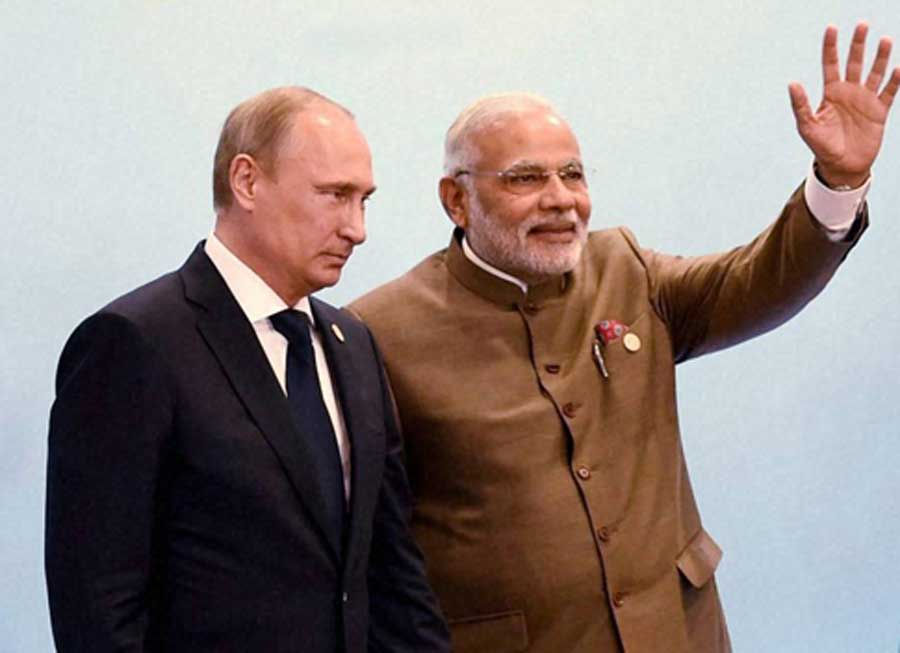 For the West to build pressure on India to condemn Russia for its invasion of Ukraine as some kind of a political and moral obligation for a democracy is a brazenly manipulative exercise. If western democracies genuinely believe that all democratic countries have an obligation to band together against Russia on this issue shows how much they have become prisoners of their own rhetoric and are incapable of seeing the incongruities in their position. If, on the other hand, they are aware that they themselves have not adhered to the principle that they now espouse in the case of Russia, it denotes outright cynicism bred by a sense of unaccountable power.

India, which has been a democracy since 1947, has not received any special consideration on the political economic and security fronts from the West. On the contrary, it has been subject to decades of sanctions in the strategic nuclear, space and high technology areas. It was pushed toward a close relationship with the Soviet Union in the area of heavy industry because of American unwillingness to help build our industrial infrastructure in collaboration with our public sector.

In the defence sector, we experienced a reluctance on the part of the US and the UK to sell us high end platforms and weaponry because of concerns about upsetting a degree of parity with Pakistan. In fact, Pakistan was roped into military blocs and provided with arms that endangered India’s security.

On the nuclear front also, no distinction was made between Pakistan as a militarised Islamic state and democratic India. In fact, India was essentially held responsible for Pakistan’s nuclear ambitions as they were seen as a response to India’s nuclear obduracy. The US went further in playing a complaisant role in Pakistan acquiring nuclear weapon technology from China and Europe.

On the political side, the West has supported the military dictators of Pakistan against India on the Kashmir issue. Even today it keeps an ambiguous position on India’s sovereignty over Kashmir. Ironically, it is the Soviet Union and Russia that have been supportive of India. On the issue of Pakistan’s terrorist onslaught on democratic India, the West, principally the US and the UK, have not sanctioned Pakistan, which contrasts with their position on Iran.

Today, the US with UK’s support has handed over Afghanistan to terror-wielding Islamic extremists in league with Pakistan despite the threats this poses to democratic India. India has hardly benefited from a democratic dividend in its ties with the West on many of these core issues. What to make of the fact that Pakistan was invited to US President Joe Biden’s Summit for Democracy along with India, but Bangladesh was excluded.

What is even more glaring in terms of the gap between the West’s democracy agenda and the compromises it is willing to make in its self-interest, is its role in reaching out to Mao in the early 70’s to strategically capitalise on China’s differences with the Soviet Union, and then after the latter’s break-up to build a very powerful economic relationship with China disregarding its communist system. Despite decades of a crusade against communism- US ties with China have grown to gigantic proportions involving inter-meshing of interests and lobbies. Today Washington’s biggest economic partner is China—an autocracy even bigger than Putin’s Russia, and one that has been openly trashing western democracy and values.

What China has done to the Uyghurs in Xinjiang and to the Tibetans, besides the curbs it has imposed on many freedoms cherished by the West such as freedom of expression, privacy of citizens, censoring information flows, preventing access to international social media surpasses the situation in Russia. Yet the US and its allies have over the years seen no contradiction between their values and profiting from expansive ties with a regime that spurns them. If Russia has invaded Ukraine, China has illegally grabbed, reclaimed and militarised islands and features in the South China Sea, committed aggression against India, grabbed territory in Bhutan and now repeatedly threatens Taiwan militarily. While there are moves to group some democracies as the Quad to counter China, yet China remains the biggest trade partner of the US, Japan and Australia. In fact, the last two have further deepened their trade relations with China by joining the RCEP,  and are exhorting India to join as well.

What is galling is that India’s democracy itself is not adequately respected in the West. Its democratic status is being lowered to “partly free” by western NGOs linked to political establishments. The Indian government is attacked for curbing freedom of expression as well as religious freedoms, not to mention persecution of minorities. The issue of human rights in India is raised even at the political level. Doubt is cast also on the performance of the judiciary in protecting the rights of citizens. The Western liberal press is highly prejudiced against India. We do not experience such problems in our relations with Russia. It is not enough to argue that autocratic Russia would have no reason to criticise India on these counts as they themselves violate democratic norms. The issue of mutual respect and the unacceptability of lecturing India on democratic standards when the critics themselves do not in many ways live up to those standards themselves is pertinent to the efforts now being made to persuade India to condemn Russia based on respect for democratic norms.

Russia’s invasion of Ukraine is not a unique case of its kind requiring political and moral opprobrium by India as a democracy. The destruction of Yugoslavia, Iraq, Libya, Syria, and Afghanistan by the West; its responsibility for the massive external refugee flows and internal displacements that ensued are realities too. The brutal Yemen war continues. The Israeli exactions in Palestine are also a fact. As a democracy how should India have positioned itself? Should we have spurned the West on their breach of norms of democratic conduct and joined other like-minded countries in distancing ourselves from the West? India, taking into consideration its larger national interest has in fact strengthened its ties with the West, especially the US. Today, our most wide-ranging ties are with the US. With the UK we have agreed to a 10-year Road Map to raise our ties to a new level. We have taken a pragmatic view. We understand that there is much to commend in the West, much to gain from flourishing ties with it, even though its power-driven geopolitical conduct in some areas is objectionable. We have to live with certain international realities.