War against India by Professional Petitioners 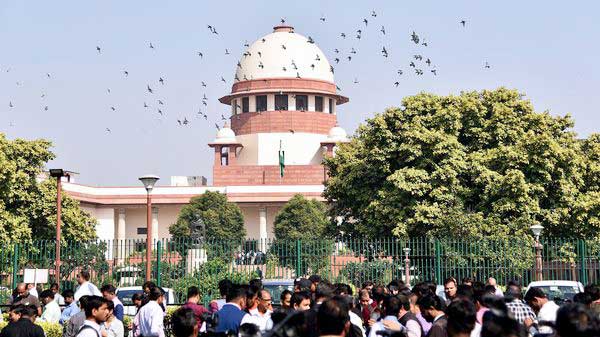 Recently, the Supreme Court after some length of time rejected the plea of professional petitioners with regard to the acquisition of Rafale aircraft. Also very recently an Indian journalist Sunanda Vashisht, a survivor of 1990 purge of Kashmiri Hindus from the Valley had the opportunity to present her case in the US Congress.

..the professional petitioners, it can be inferred that they were part of arms lobby, who were also acting on behalf of China and Pakistan to derail the acquisition of Rafale aircraft.

There is a link between these two issues or developments. The professional petitioners, who sullied the government of wrong-doing in procurement of Rafale, were the same people who were in forefront of Pakistan and China’s pro-370 agenda. They were the ones, who frequently visited the Kashmir Valley and hobnobbed with the separatists or Hurriyat, which is actually a euphuism for pro-Pakistan elements. Amongst them was a journalist, who unsuccessfully vied for the position of defence minister; there was also an ex-finance minister and foreign minister, who wanted to continue in perpetuity only to be reminded of his advanced age. Nevertheless, his son was accommodated but was dropped post 2019 elections because of the anti-establishment activities of his father. Then there was also a lawyer, who along with his father is known to run a PIL industry. This lawyer a prominent member of the judicial mafia in the country is on record to say that the fate of Kashmir should be decided on the basis of a plebiscite. This lawyer is also a diehard apologist for the Maoists.

With such backgrounds of the professional petitioners, it can be inferred that they were part of arms lobby, who were also acting on behalf of China and Pakistan to derail the acquisition of Rafale aircraft. It may be recalled that the then Air Chief, Air Chief Marshal BS Dhanoa had remarked that if the Rafale aircraft had been part of the inventory, the strike at Balakot would have produced even more impressive results.

Was this the reason that compelled the professional petitioners?

The Balakot strike was in February 2019 changed the very paradigm of India’s counter proxy war. It may also be remembered that only a few months ago, in April 2018, during the tenure of ACM Dhanoa, an Exercise Gagan Shakti was conducted by the Indian Air Force wherein nearly 12,000 sorties were generated in a matter of few days, addressing both China and Pakistan borders. It was a formidable show of India’s Air Power, which took the sting out of two front doomsayers. Add Rafale to it, the inventory becomes worrisome for both China and Pakistan. For Pakistan to continue with the proxy war under such air threat is a difficult proposition, nuclear weapons or no nuclear weapons.

It is the same lobby, which went maniac, trying to prevent the hanging of Yakub Memon and unsuccessfully used every leverage with the judiciary.

That is why the arms lobby, which these professional activists in garb of politicians, lawyers, activists and media persons went on an overdrive to sabotage the deal. Since decision regarding the security of the country by the present dispensation is a water-tight affair, they felt that their only hope was the Supreme Court.

It is the same lobby, which went maniac, trying to prevent the hanging of Yakub Memon and unsuccessfully used every leverage with the judiciary.

A prominent and unabashed pro-China Indian Newspaper went to the extent of stealing of official correspondence, in flagrant violation of Officials Secret Act to accuse the establishment of biased decision making. The said document in form of a noting sheet was leaked selectively. It may be mentioned here that a noting sheet is a paper forum where authorities in the chain, pending final decision are free to ‘agree’ and ‘disagree’. This author while serving in the MI Directorate, had made a recommendation after analysis with regard to our handling of Sri Lanka, wherein in the noting sheet the then ADG MI ‘agreed’, the DG MI ‘did not’, the Vice Chief ‘did not’ and the Army Chief ‘did’. What mattered was the decision by the Army Chief. The unfortunate part is that this newspaper has survived with frequent such misdemeanors on behalf of China, and will continue to do so.

The worst part of this entire ugly episode concerning the defence of the country is that senior Air Force Officers were summoned by the Court in Uniform. Though they were treated with dignity and respect, the image of Air Force Uniform in the backdrop of Supreme Court will endure for all times to come. Even after when the senior Air Force Officers explained the entire procedure that went into selection and pricing of the Rafale aircraft, the professional petitioners continued to through muck all around. In the wake of Supreme Court, the then Air Chief, who recently retired, said “It is a welcome verdict, vindicating the government’s position on the issue. We are happy that finally the controversy is buried”. He also said that he had defended the deal on merit and considering the requirement of the Indian Air Force, referring to criticism in the run-up to the Lok Sabha polls that he was making political comments about the procurement.

A segment of political class has practiced the art of manipulating arms deal since 1947.

Needless dragging of senior Air Force Officers into procurement controversies for political reasons is a dangerous practice, which must be nipped in the bud. In the AugstaWestland case the only person to have suffered is a former Air Chief. While, we have no moral jurisdiction to declare him ‘guilty or not-guilty’, it would be pertinent to ask that who were the larger beneficiaries, how long will the prison wait for them. Where is rest of India’s money?

The Supreme Court exonerated the government on Rafale deal just after the voting in the Rajasthan Assembly elections in end 2018. Had the judgement come two days before, the pattern of voting may have been different. A segment of political class has practiced the art of manipulating arms deal since 1947. There are any number of inputs to suggest that two brothers in PM’s house were lobbying for Soviet aircraft and US aircraft respectively. But in this game of SGs and APs, let it be the last time that Men in Uniform are needlessly dragged into controversies where none exists.

Finally to apprise the professional petitioners and anti-India lobby about the submissions of Sunanda Vashisht in the US Congress, Tom Lantor Human Rights Commission. She said that she was the daughter of Kashmir, and Indian civilization coursed through her blood. She lamented that the jihadis robbed her hearth, home and house, and demanded that her human rights be restored. She said that abrogation of Article 370 had liberated Kashmiri Hindus like her and made them true citizens of India. She said that Kashmir’s identity is not 70 years old but its civilization goes back to 5000 years. Kashmir, she said, cannot breathe without India. She apprised that Pak trained jihadis had unleashed Islamic State type brutality and horror 30 years ago in Kashmir.

The professional petitioners do not want India to acquire muscle to fight ethnic cleansing..

In a choked voice she said that 19th January 1990 witnessed the worst ethnic cleansing in the history of independent India and she was a survivor. She survived to narrate the tale of a lady lab assistant, who was not so fortunate. This lady was put under mechanical saw and cut into two halves. Her name was ‘Girja Tikoo’. Her only sin, that she was a Hindu. A young engineer, she recalled, tried to hide in a vessel filled with rice, but given away by the neighbours. He was shot through the vessel and his wife was made to eat blood socked rice. B K Ganjoo was the Engineer. Her old grandfather picked up two kitchen knives and an axe, ready to kill her and other female members, should the jihadi animals disowned them. Four lac Hindus ran away and those who could not were killed. Even after 30 years, their houses are under illegal occupation of jihadis.

These are the forces that the professional petitioners have been pandering to. They do not want India to acquire muscle to fight ethnic cleansing and destruction of India. It is for this reason that they were in support of those who sloganeered ‘Bharat TereTukreHonge, Inshah Allah, Inshah Allah’.